Knights Key is at Mile Marker 47 on US 1. We are also at the North end of the 7 Mile Bridge. You may remember the movie, True Lies. The bridge scene with Arnold and Jamie Lee was filmed here. 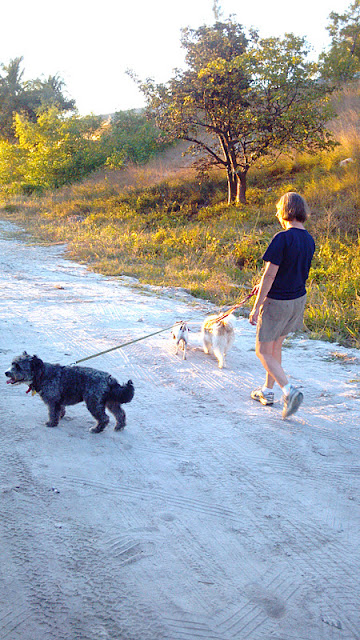 The PUPPYs' PATH leads to the bridge. 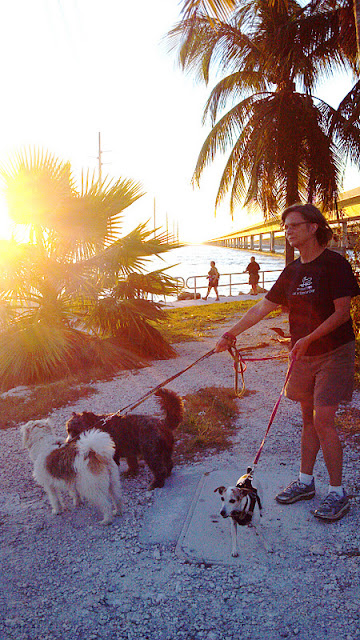 Stopping to pose as we walk into the sunset toward the bridge. 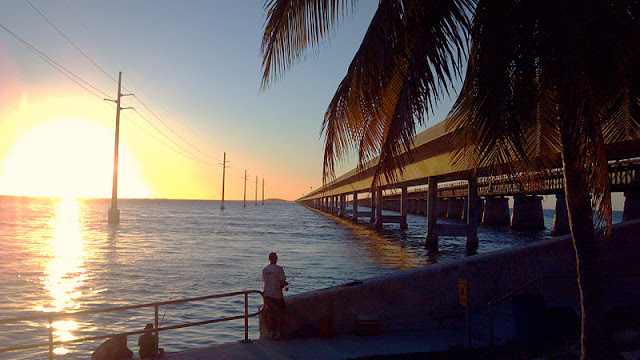 ﻿
Tough photo looking into the setting sun!! The fish were biting!! 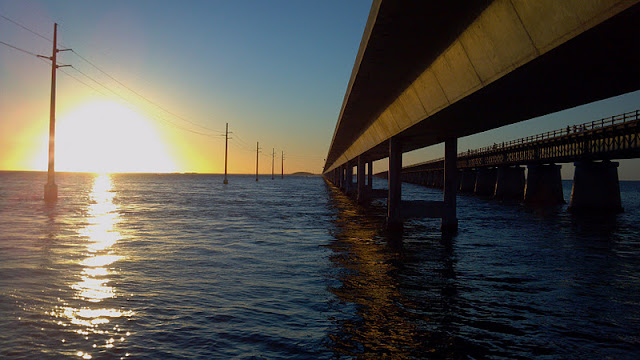 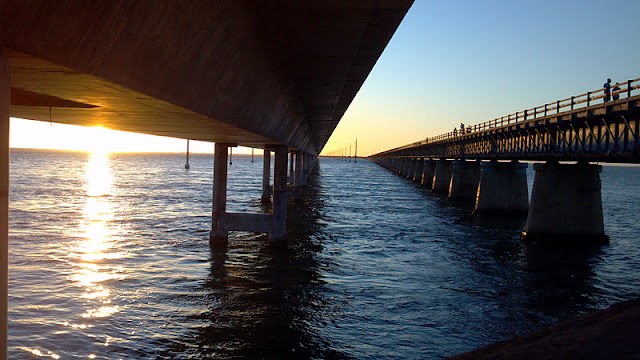 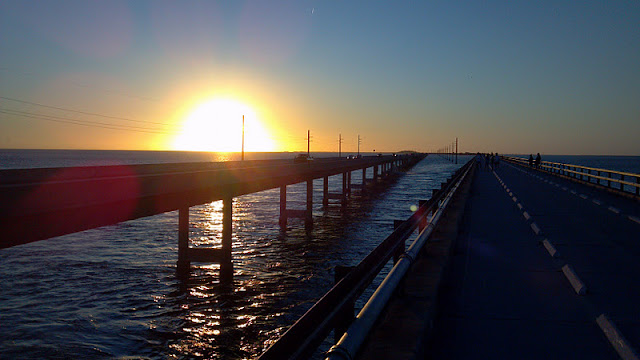 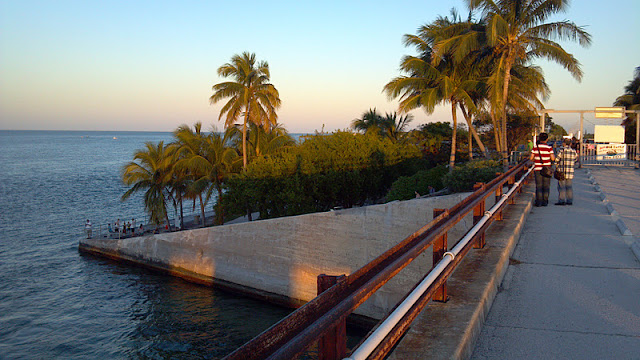 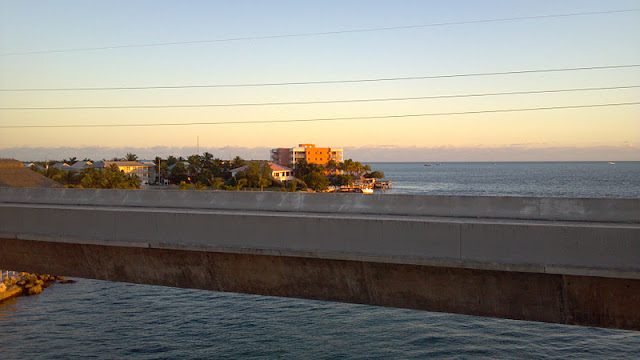 Looking from the old bridge toward US 1 bridge. Knights Key is in the background.﻿ 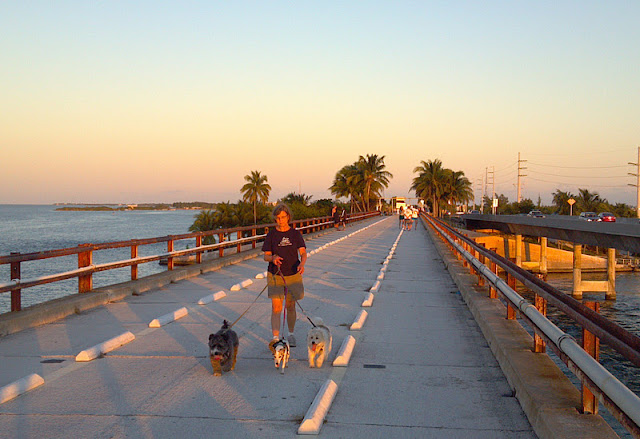 The PUPS on the old bridge PATH!!﻿ 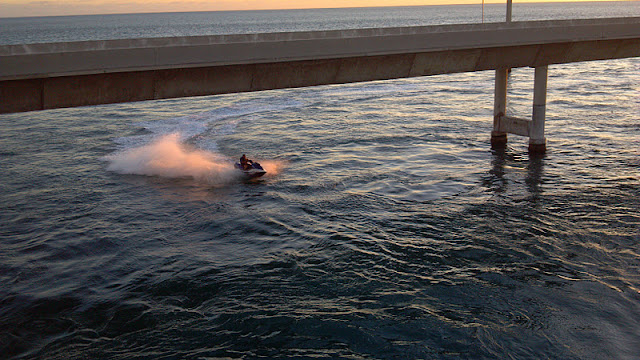 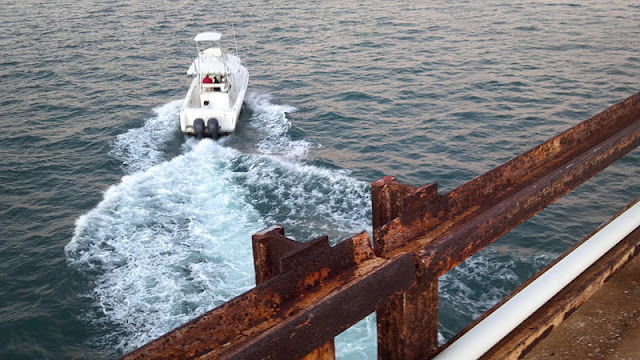 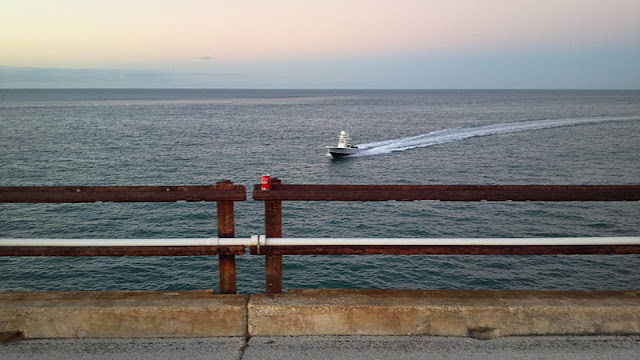 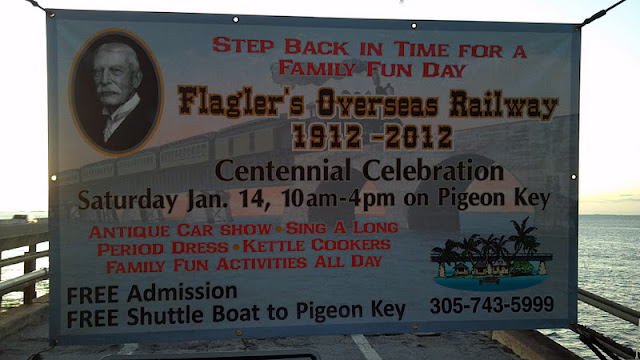 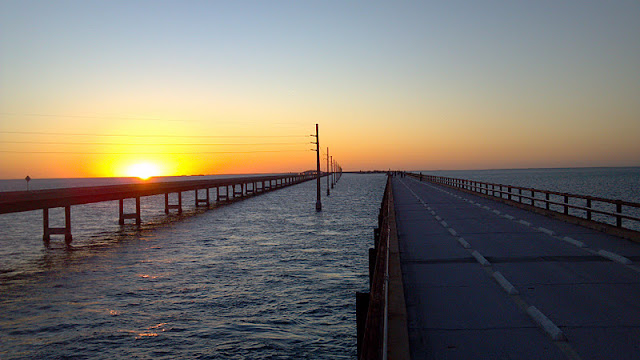 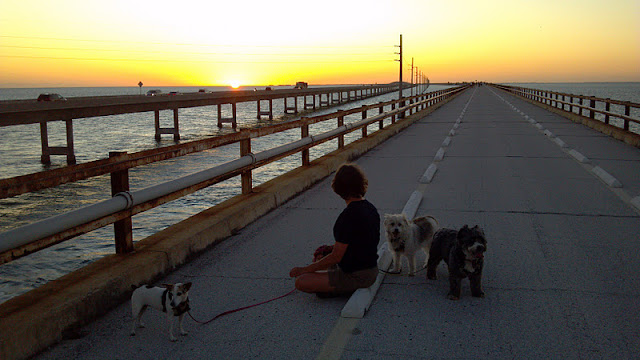 Waiting for the Green Flash!!﻿

Although I didn't catch the Green Flash on film, it happened tonight, December 26, 2011. 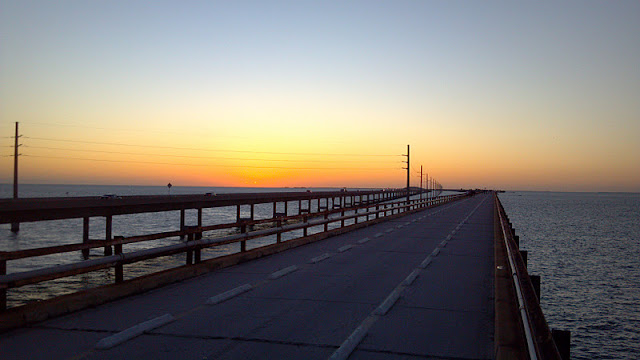 The Gulf of Mexico is on the right, the Atlantic Ocean on the left.﻿ 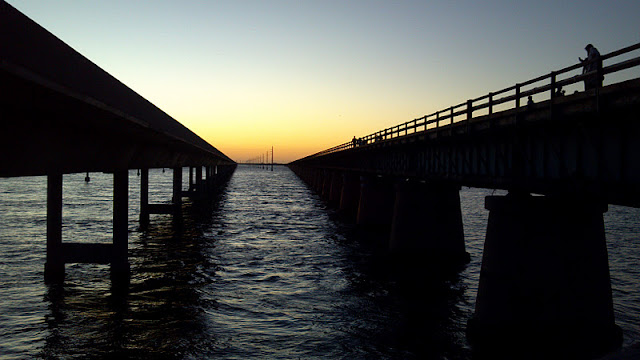 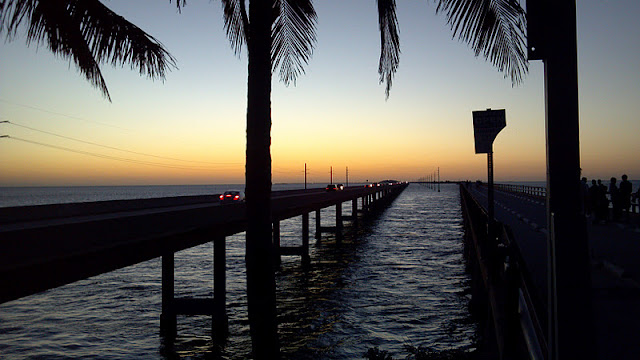