There are some scenes at the end of the ride that I often take for granted. So, in this post, I will pay a little attention to what I often overlook. In some cases I will show the same photo twice. The first one, where there are two of the same, is as taken with no editing or no lightening/highlightening. 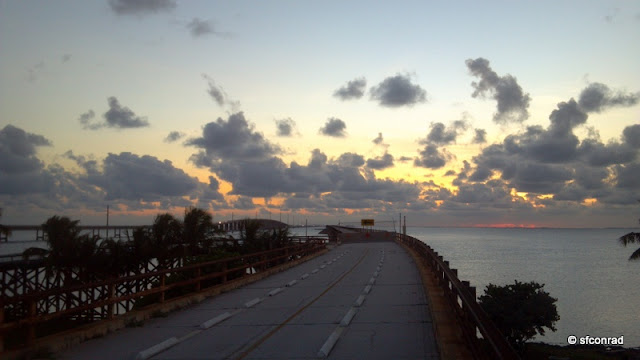 Photo taken after sunset and unedited other than straightening. 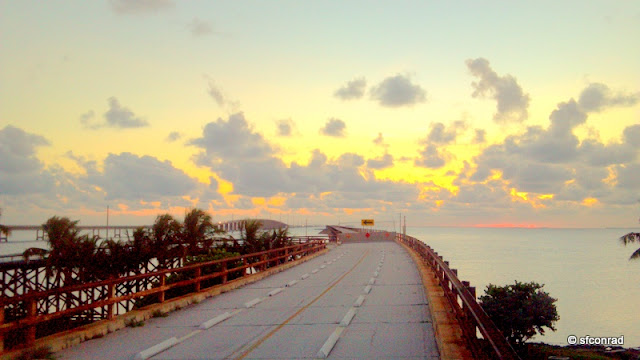 Same photo lightened so one could see the rust in the iron work. 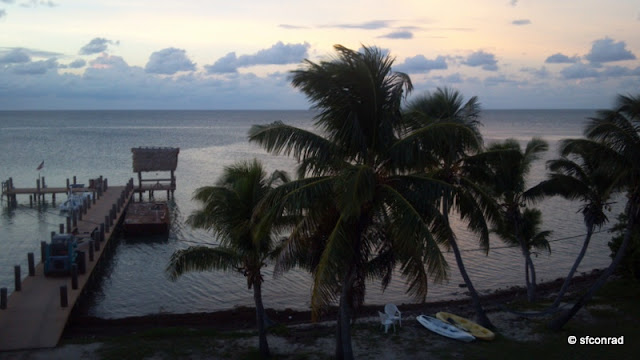 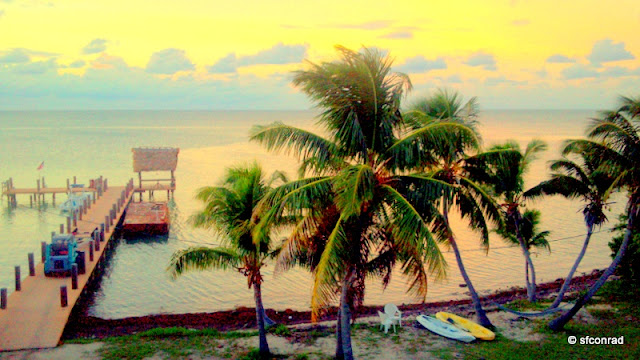 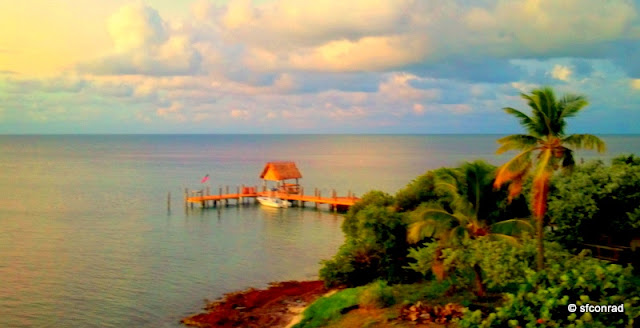 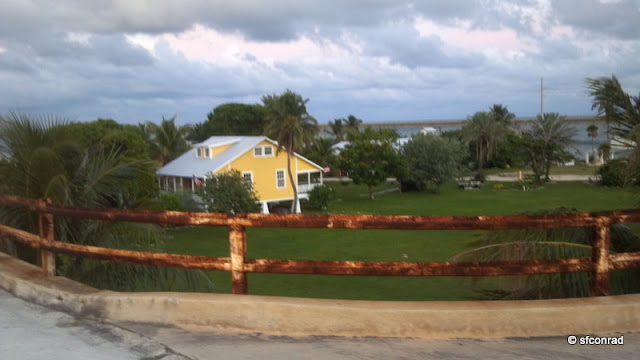 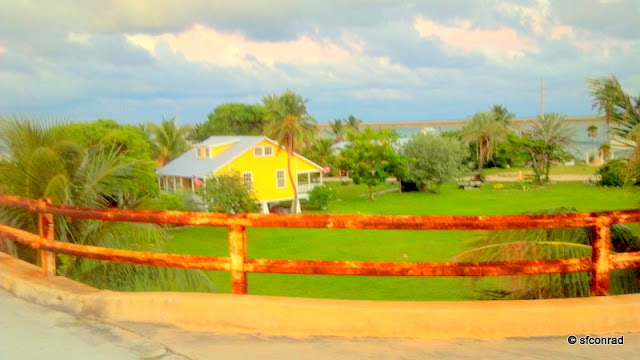 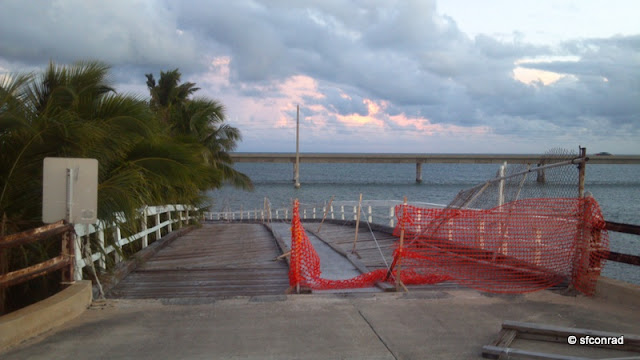 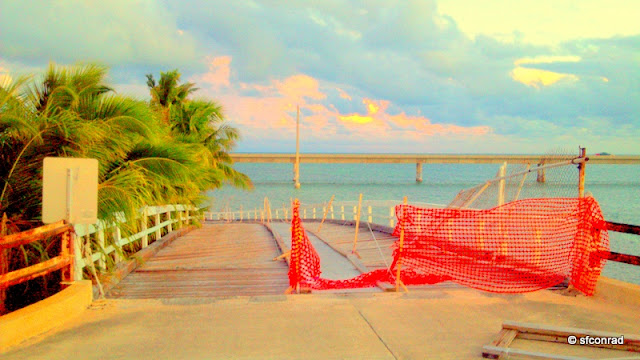 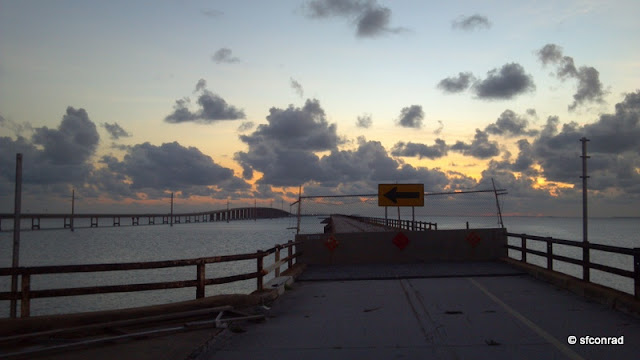 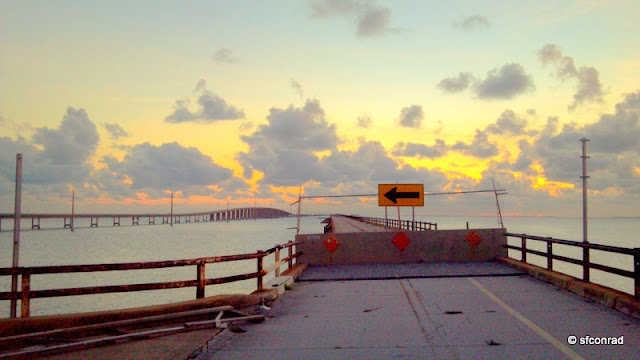 Same photo lightened so one can see highlights. 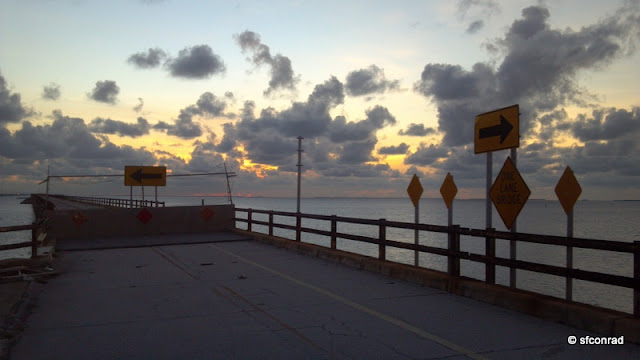 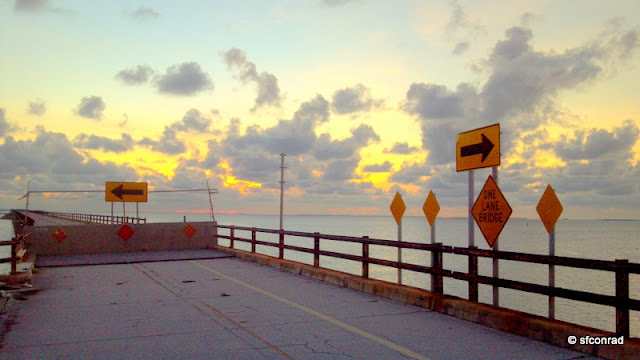 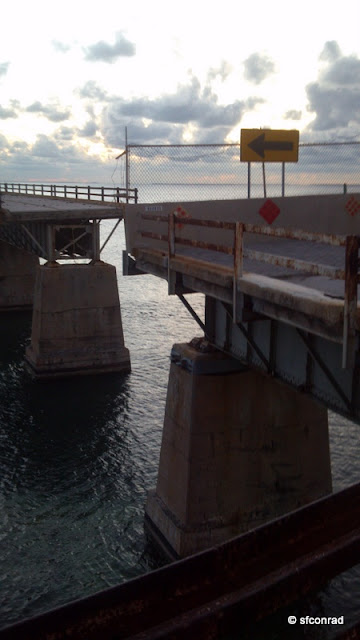 This photo was also taken after sunset. 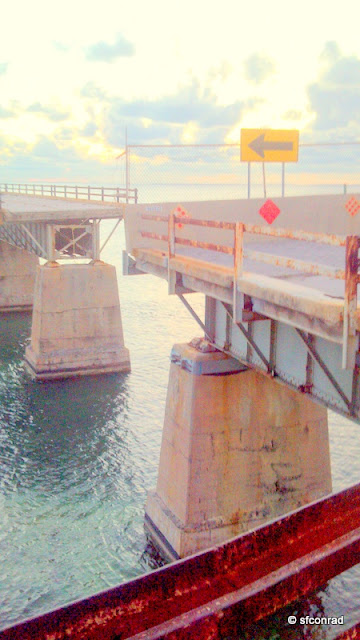 This is the same lightened so you can see details. 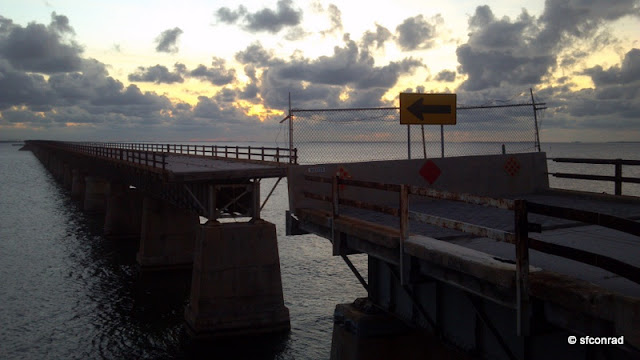 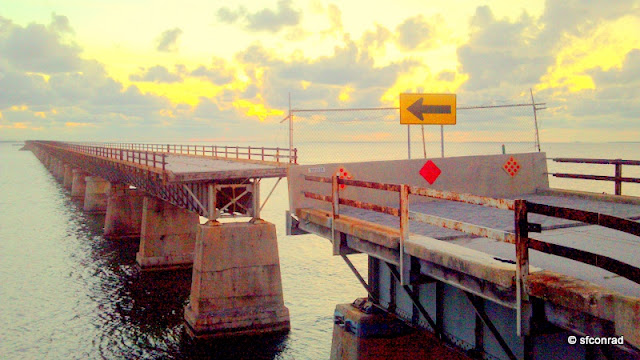 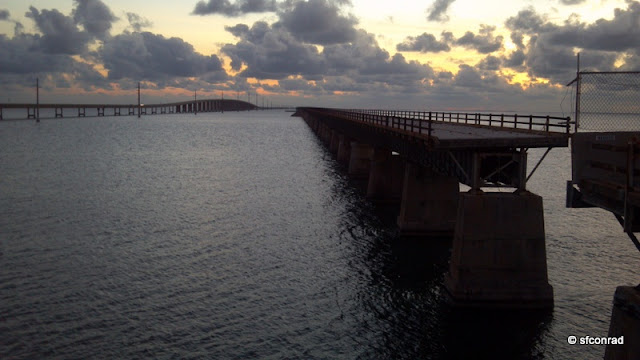 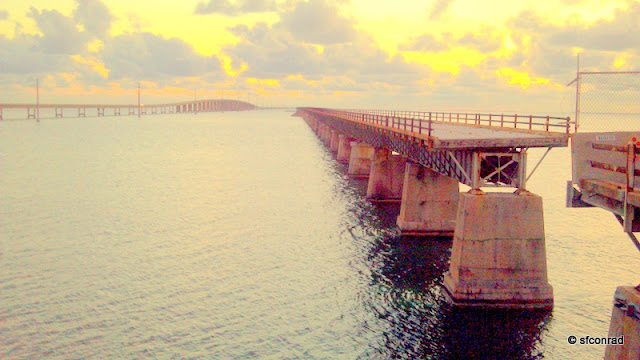 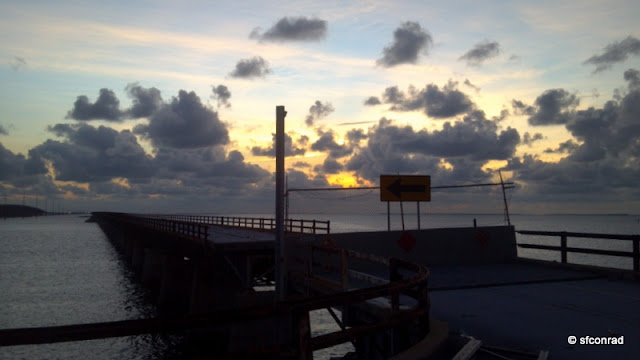 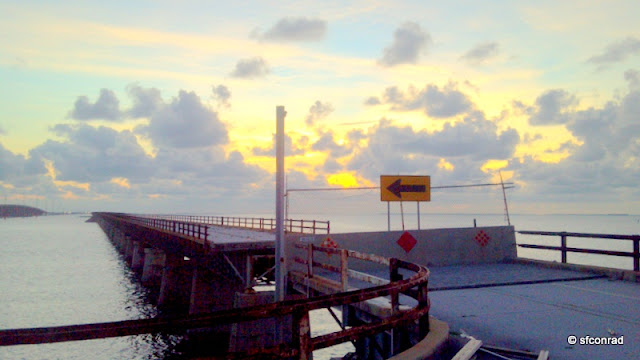 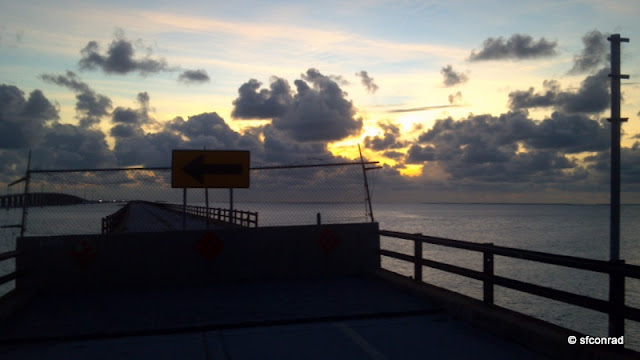 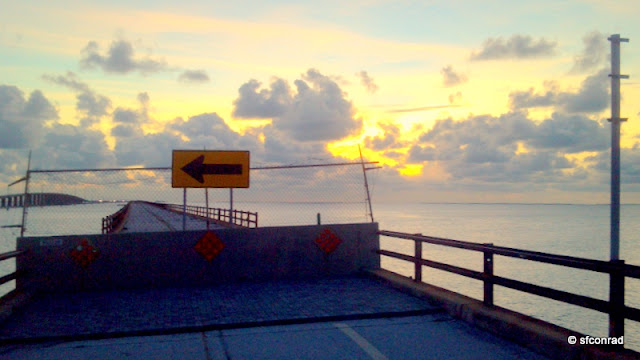 This is the end of the 2.2 mile ride on Old 7 Mile Bridge to Pigeon Key.