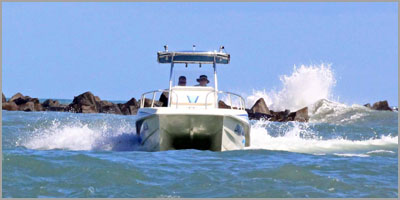 A year ago, the PUPS, Evin and I had planned for our PATH to lead toward spending the winter in Utah and Arizona. We were sitting in our RV in ice and snow in Howe, Indiana, having warranty work done at the DRV factory. My phone rings and Zell, my "brother-in-law", invites us to come visit Cindy and him at Knights Key RV Resort & Marina in Marathon, Florida for a week. Zell and I worked together for twenty years in federal law enforcement.

The temperature in Howe was 29 degrees and Zell said it was 79 degrees in Marathon. We also had other friends in Florida and grandchildren in Tennessee to visit along the way. So, we changed our plans and headed south instead of west. A week in Marathon's wonderful year-around weather soon became three months!!

After a summer in Utah, New Mexico, Wyoming, Colorado and South Dakota, we headed back to Knights Key in September. During our previous time there we did some boating and fishing with friends we made at the campground; but, because we are staying for seven months this time out, we decided that we might like to have our own boat. In addition to kayaking, we think we might like to snorkel and maybe scuba dive on some of the many coral reefs in the Marathon area.

Yesterday, Evin and I made a road trip to Key Largo to test drive a Twin Vee Catamaran at Island Boat Place, 101741 Overseas Hwy, Key Largo, Florida. As you will see, we had a great time and really liked the boat... 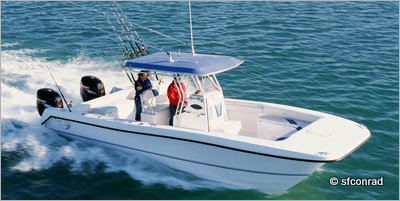 The above two photos are from the Twin Vee Catamaran website. Notice the twin vee hull design and not the ordinary single vee as found on most boats.We found the twin hulls made the boat much more stable in the water. The most smooth and comfortable ride Evin and I had ever experienced. 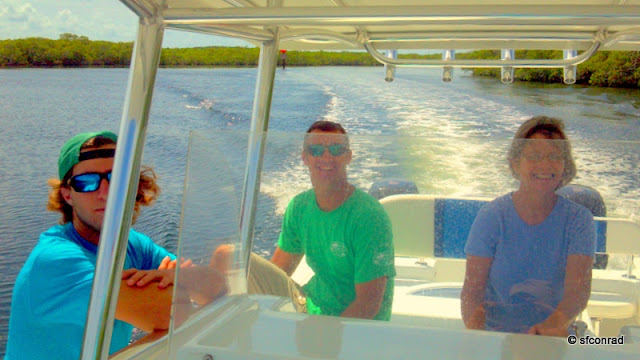 Our hosts and guides were brothers, Paul Jr. and Andrew (with hat).
Two fine young men who were at home on the sea.
Does Evin look she is having fun driving or what?!?!? 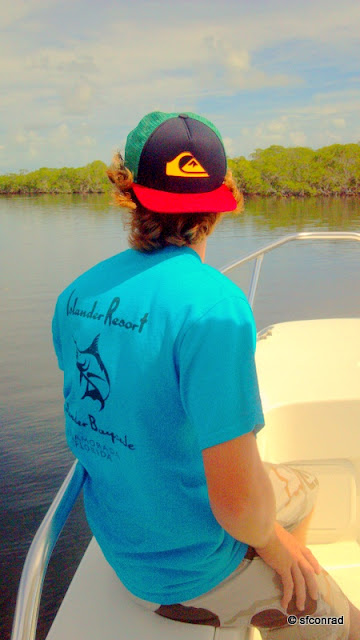 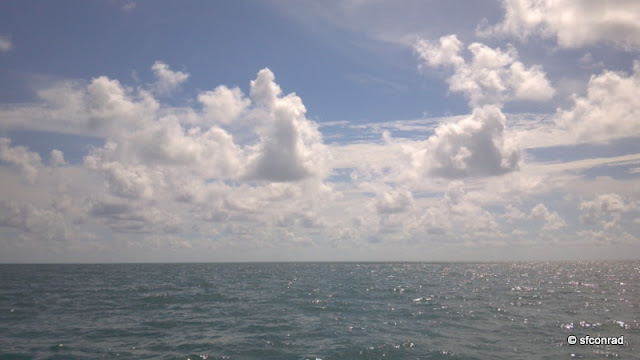 The ocean was calm with little chop. Beautiful clouds... 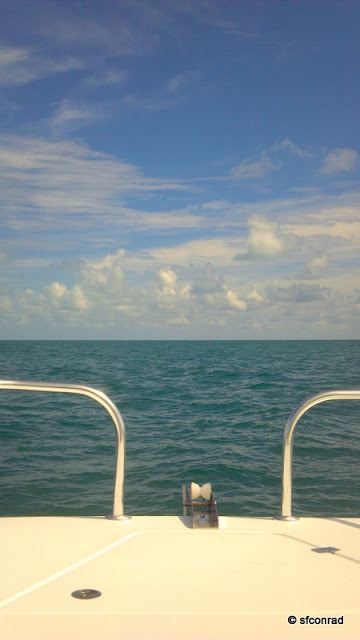 Looking out over the bow of the boat. 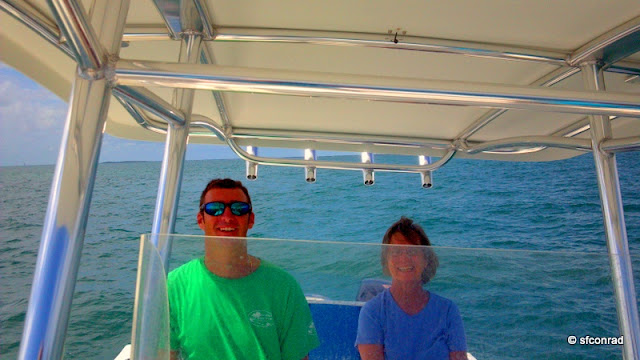 Evin and Paul Jr. had some great smiles. 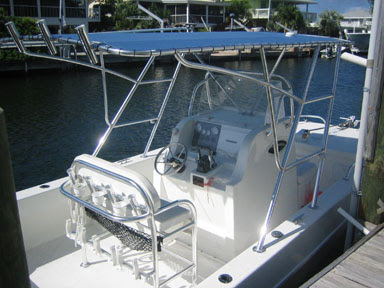 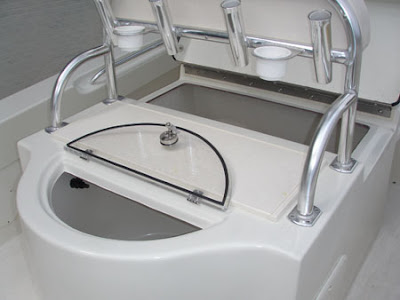 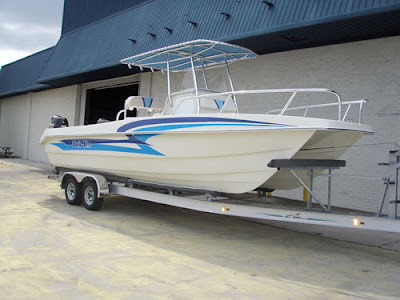 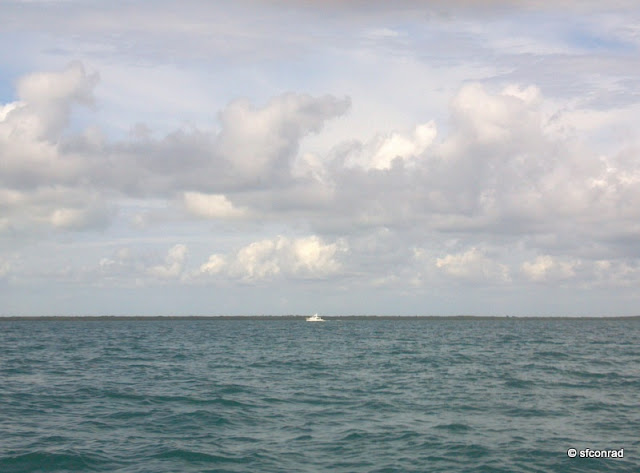 We had some company in the ocean at a distance. 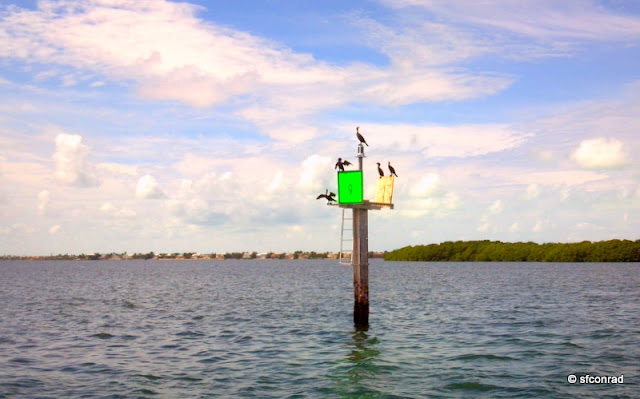 Some company of the feathered kind...

...and some company of the boating kind. We hit this boat's wake at full speed and hardly noticed the waves as Alex had told us beforehand!! What a stable and smooth ride!! 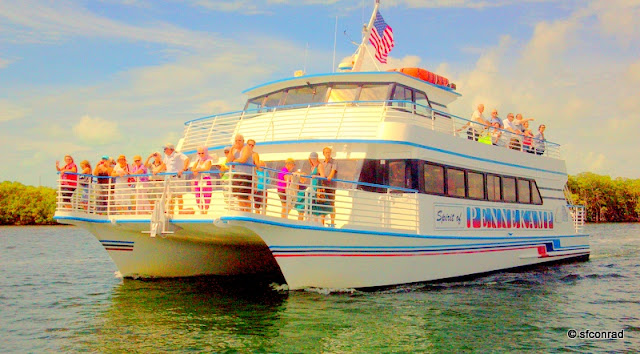 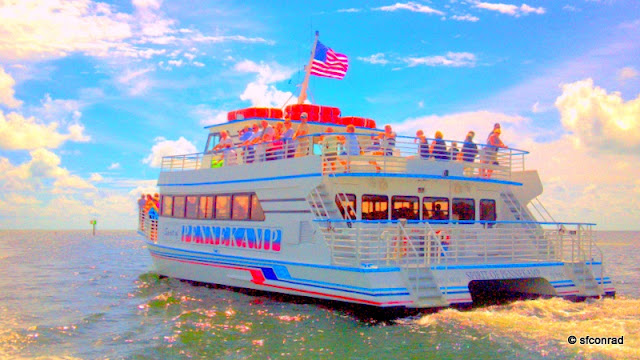 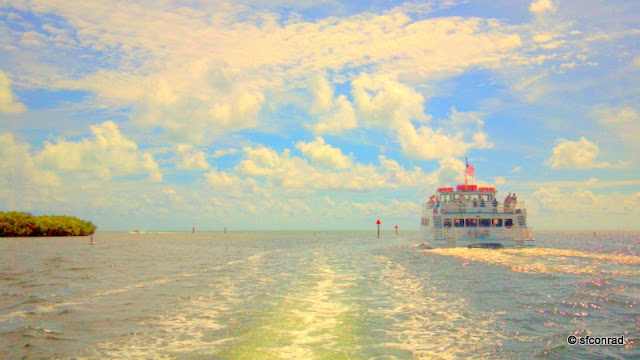 A boatload heading to the coral reef.﻿

I was along for the trip also.

On the way in we passed some kayakers. 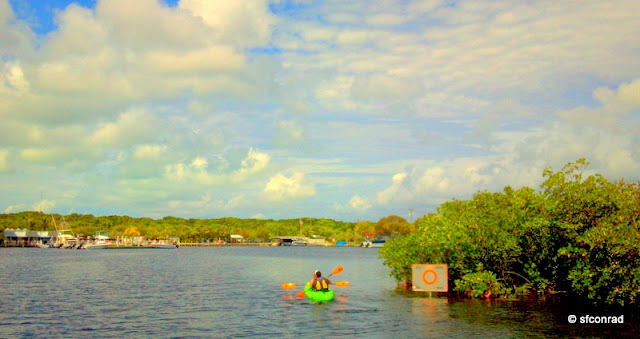 Evin an I found that being able to get on the water greatly enhanced our RV/camping experience. We favor camping at locations on the water, especially US Army Corps of Engineers or Knights Key. It is one thing to be camping along the shore and another to be out on and in the water.
Well, we have some tough decisions to make:  "Do we do our boating by kayak or Twin Vee?!?!?"
How about both?!?!?!?

Thanks to Island Boat Place's owner, Alex Irizarry, for arranging a great test drive!!
Alex was right when he said, "...the Twin Vee sells itself." 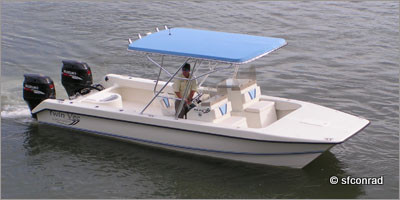 Evin and I can see ourselves in a Twin Vee!!

We found the Twin Vee to be much easier to get in and out of than with our old single hull boat when boarding from either the side or from the wide swim ladder platform between the engines. At the dock, when I stepped on the gunnel, the boat hardly moved or swayed.
The 4-stroke Suzuki engines were so quiet we did not know if they were on or off!! When I took over the helm from Paul Jr.,  I actually had to ask him if the motors were running. We were able to have normal conversations while operating at trolling speed.

The last photo is for Roger and Dianne. Looks like we got out of the ocean at a good time!!!! Glad we were in a Twin Vee and not in our kayaks!!
Posted by Steve Conrad at 3:40 PM