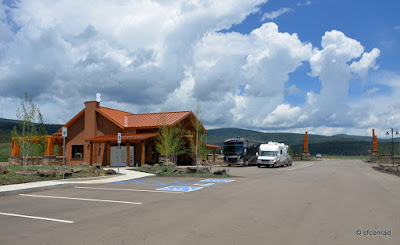 NOTE: It is suggested that the 4 Must See Taos Attractions be seen in the order listed above because the Rio Grande Gorge Bridge does not have a closing time. Arrival and Departure times from each attraction will depend upon whether you eat breakfast and/or lunch and how long you stay at each attraction. Taking guided tours will also effect your arrival and departure times.

8:15 AM - Suggested departure from Angel Fire RV Resort if you plan to eat breakfast in Taos.

As you leave the RV Resort reset your odometer at "0". Turn left on US Hwy 64 West. Drive approximately 20 miles west. The drive will take at least 30 minutes, possibly 40 minutes depending on traffic. You will come into Taos and come to stop light at the intersection of  US Hwy 64 & NM 68 or Paseo del Pueblo Norte.

Turn right on Hwy 64/Paseo del Pueblo Norte. If you have not had breakfast I suggest you have breakfast at Michael's Kitchen. It is approximately 3/10 of a mile West and the restaurant will be on your left. There is free street parking and a large parking lot on your left. 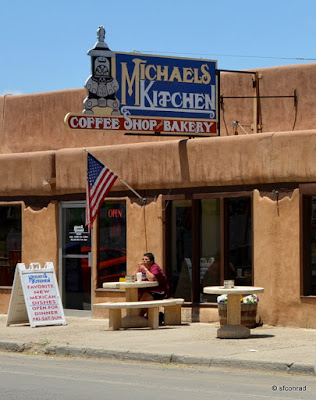 Turn right 3/10 of a mile after Michael's onto Indian Service Road 701. 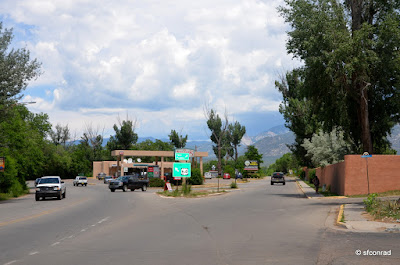 In one mile Indian Service Road becomes Veterans Highway. Go straight one mile to the entrance to the Taos Pueblo. The admission office is on your left and parking is straight ahead and/or to your left. 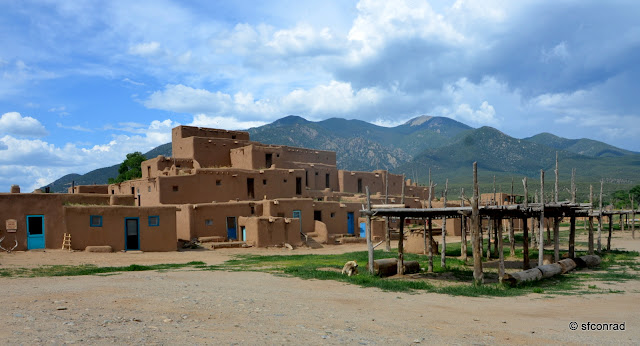 According to the Taos Pueblo Tourist Office there are self-guided & guided tours. Plan to spend from one to two hours at the Pueblo. Photo rules & restrictions apply.

There are numerous restaurant choices on US Hwy 64 and I suggest that you return to US Hwy 64 the way you came to the Pueblo to the Intersection of  Indian Service Road 701 & US 64. It is two miles. Turn Right at the stop sign,depending on restaurant and/or next attraction choice(s). Assuming you choose to go to the next attraction, the Millicent Rogers Museum, it is 2 and 2/10 miles till you turn Left onto Millicent Rogers Road. Go approximately 8/10 of a mile and the museum is on your right. 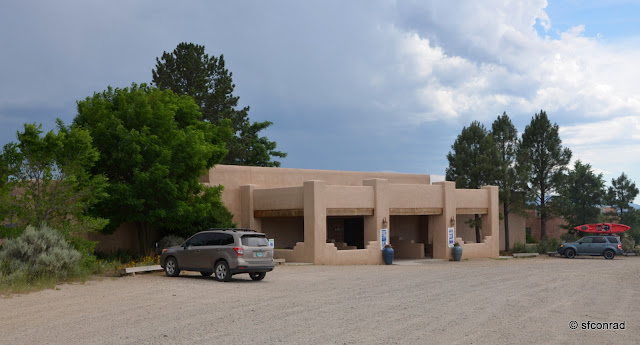 We spent over one and a half hours at the museum and could have stayed for more than two hours. 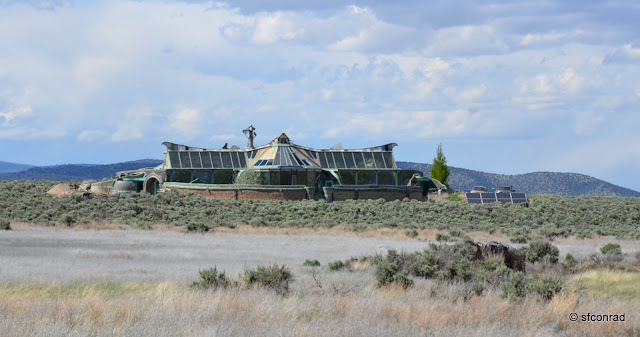 Departure Time from the Earthship Biotecture will be determined by arrival time and whether or not one takes the guided tour. Contact the Visitor Center for tour options and times. Some tours require two weeks prior reservations.

When you leave the Earthship Biotecture Visitor Center turn Left and go less than two miles to the Rio Grande Gorge Bridge. There will be a New Mexico Rest Area on your right. If you go to the Bridge side of the Rest Area you can walk out to the edge of the Gorge for a good view of the Gorge and Gorge Bridge.

After you view the Gorge and the Gorge Bridge from the Rest Area go east on US 64 for a couple of hundred yards and park on the west side of the Bridge. You can walk out on the Bridge and get great views of the Gorge below you.

Note:  If you would like to drive down into the Gorge after you leave the Earthship Biotecture Visitor Center go approximately one mile east on US Hwy 64 and turn right onto West Rim Road State Road 570. I would suggest that you visit the Gorge Bridge first. Then go back to West Rim Road. You have a choice of driving to the bottom and going back the way you came or making a circle  to return to the South side of Taos. Part of the road is paved but the road is gravel once you start down the West Rim.. Go approximately 8 miles and you will go the bottom of the Gorge and cross the Rio Grande. You can return the way you came or continue straight to Pilar. State Road 570 will intersect with NM Hwy 68. You will take a left on Hwy 68 to return to Taos. 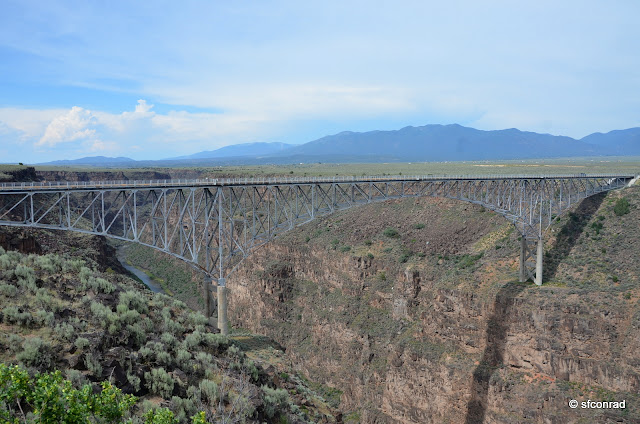