This afternoon the PUPS and I moved further south toward Ole Mexico. We arrived at the WIN camp on Bureau of Land Management land just before 4 PM. I had not seen my new friends in two days and it was nice to see their familiar faces. We had some members join us that I had never met. Some had been on a WIN caravan to Mexico and had lots of tales to tell.

After getting set up the PUPS and I went on a walk. The PUPS got into a little of briers and sticky stuff. We are in a big valley of grasslands surrounded by beautiful mountains, some of which are snow covered. As sunset time approached I got excited. There were lots of clouds in the sky and I believed that we were in for a treat... 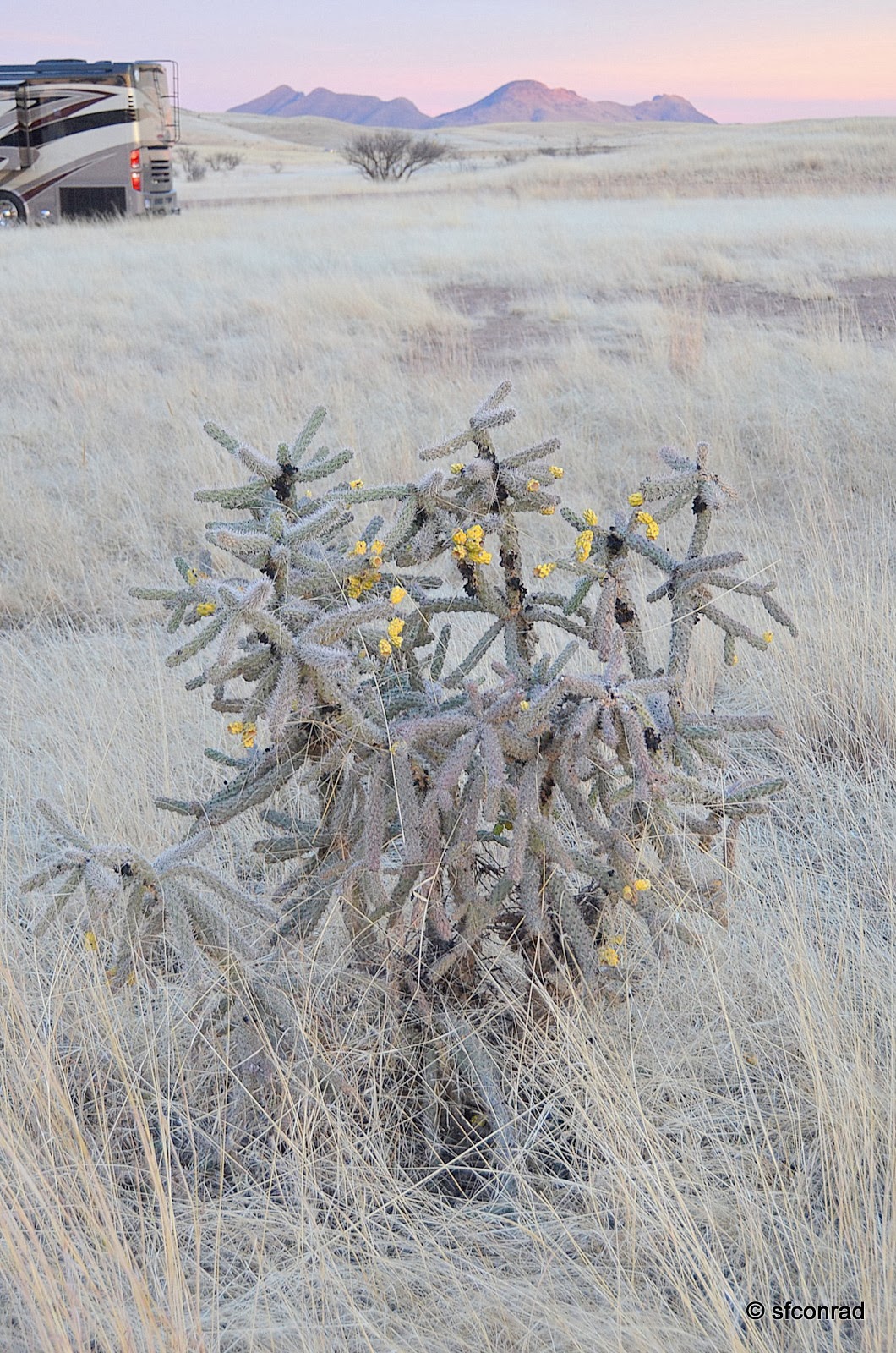 That's the Bus sticking out on the left side of the photo.

This is the view out our door. It looks like a cowboy movie to me!! 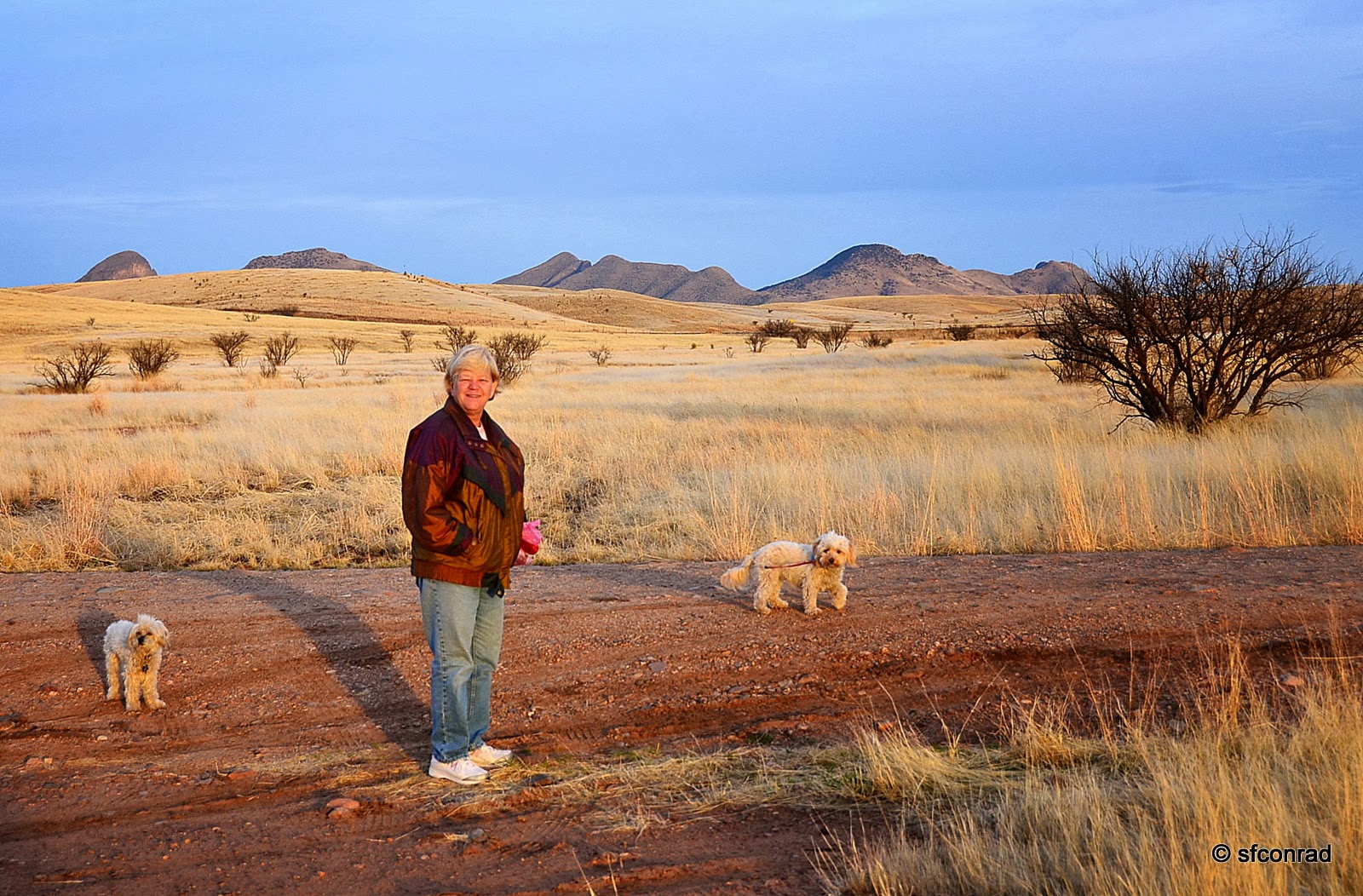 My neighbor Mary out walking her pups. I was actually standing in the doorway of the Bus when I took this photo. 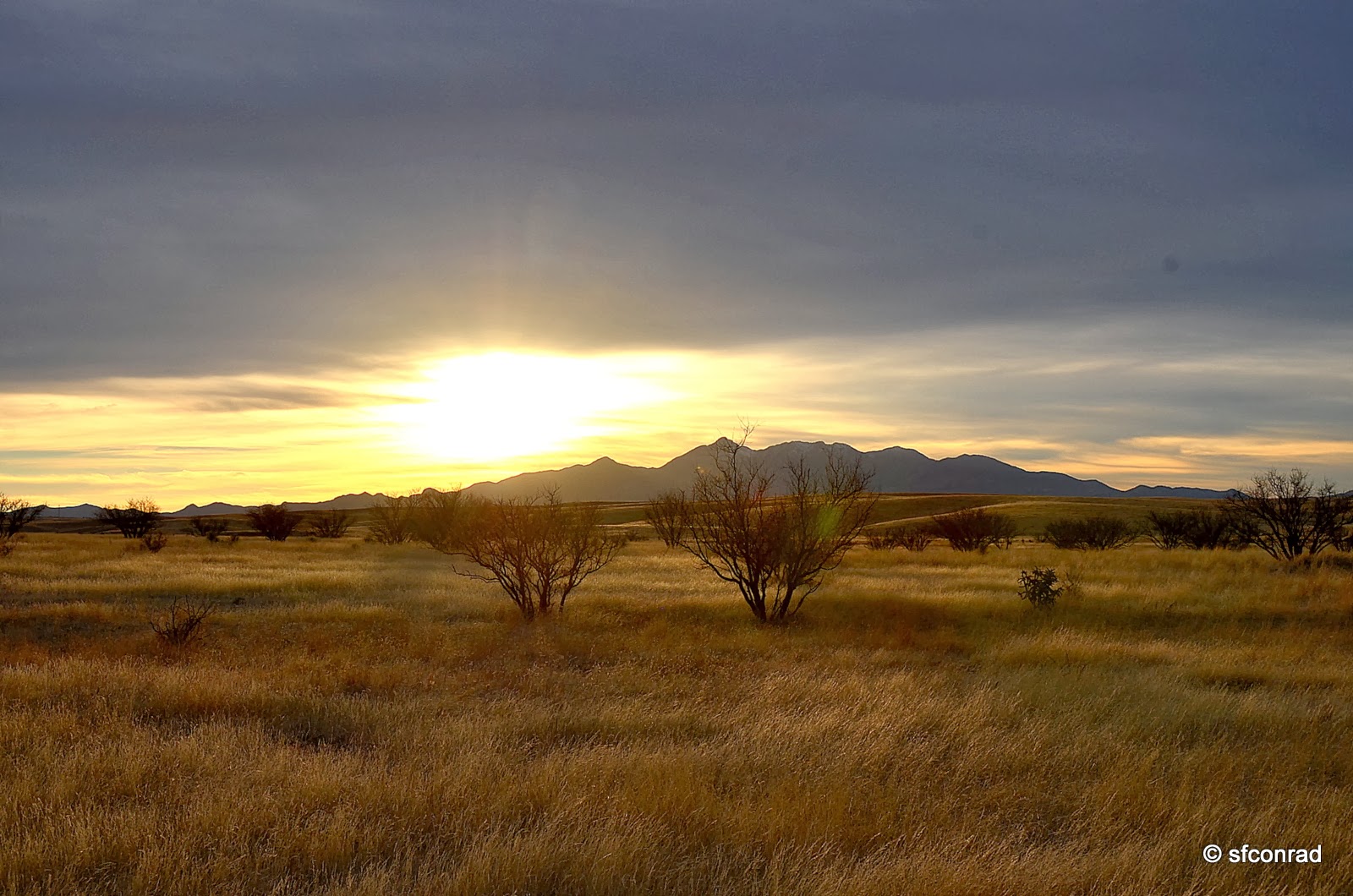 The view out to the West and the start of the makings of a glorious sunset. 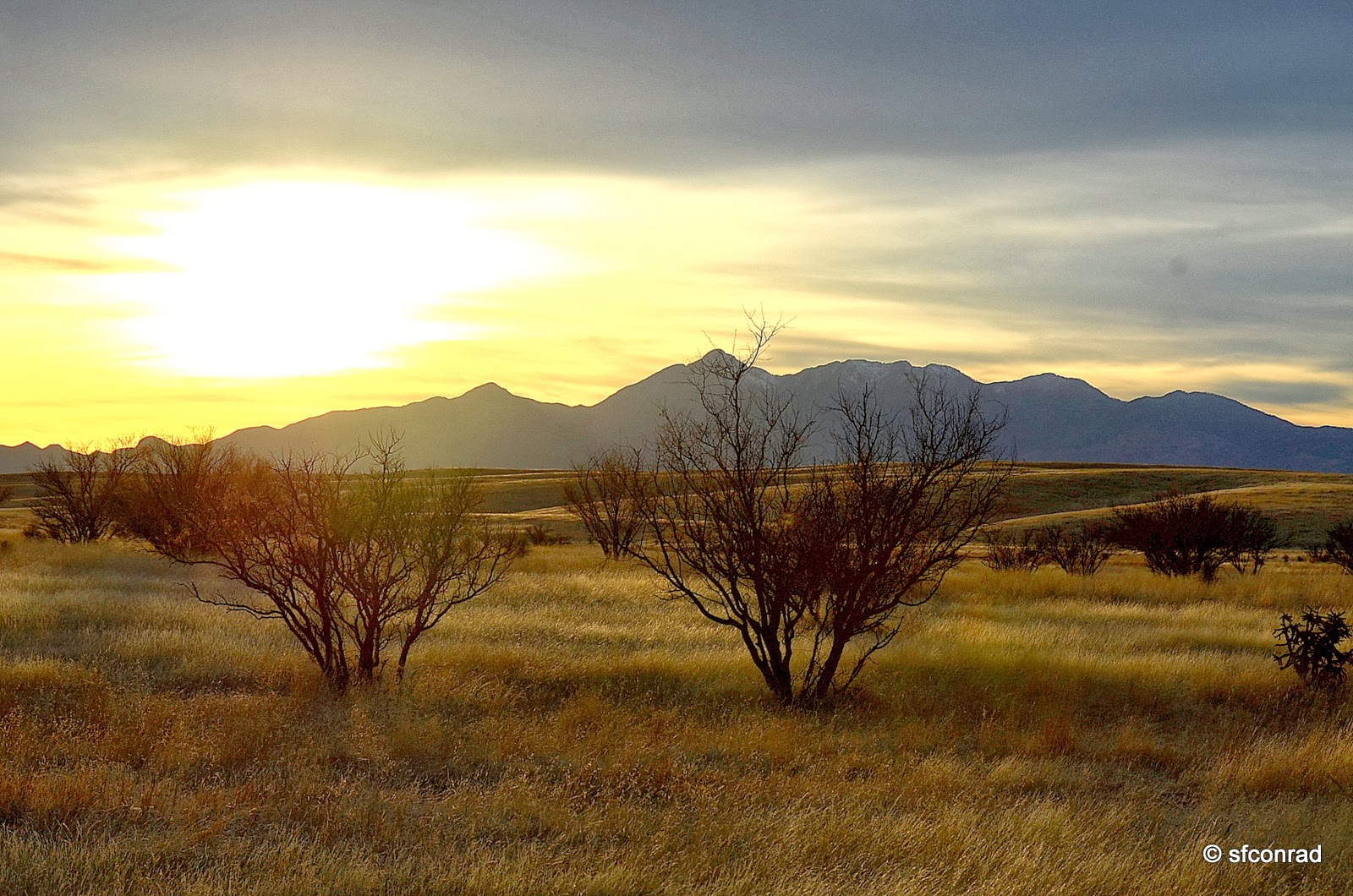 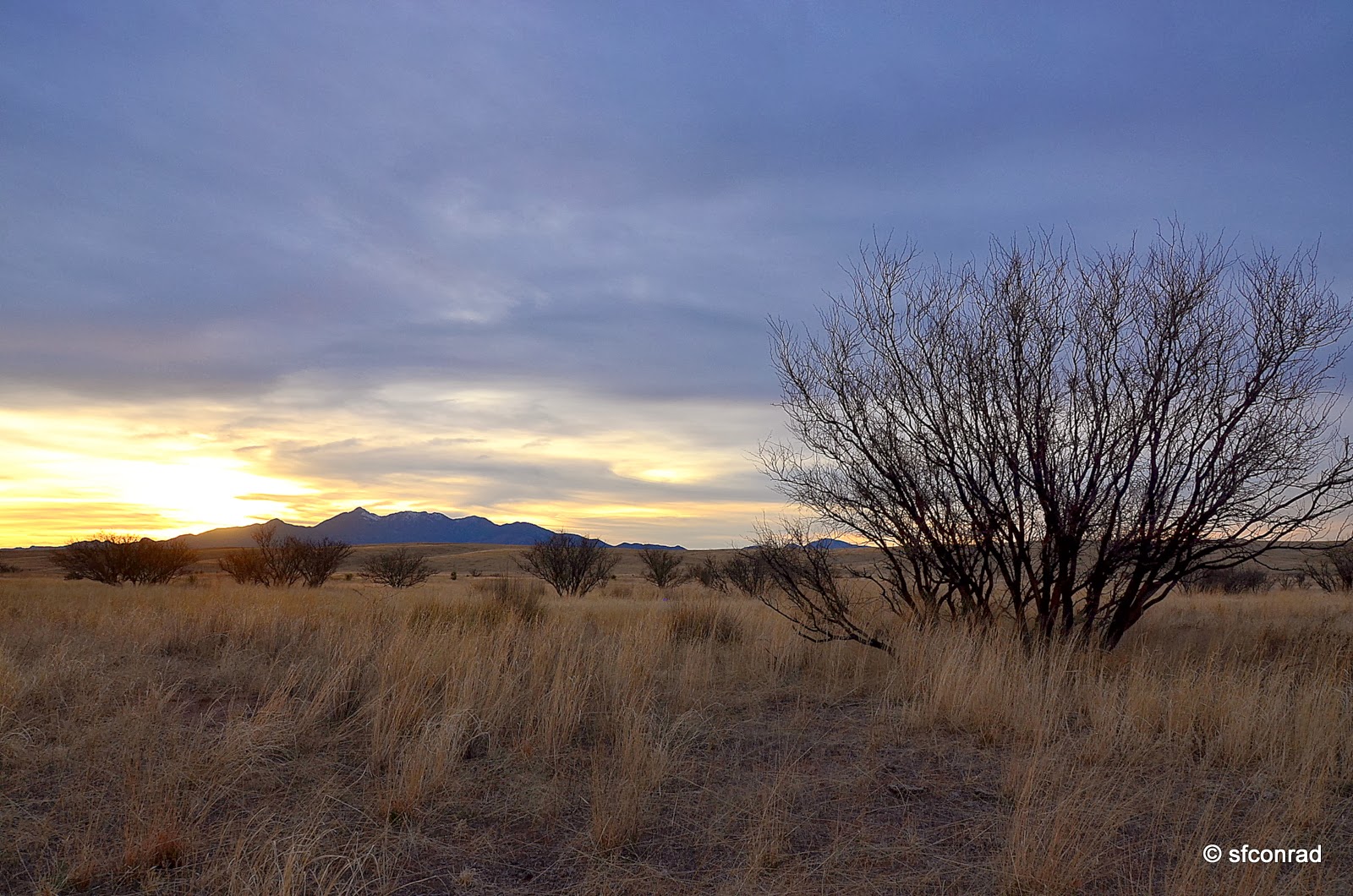 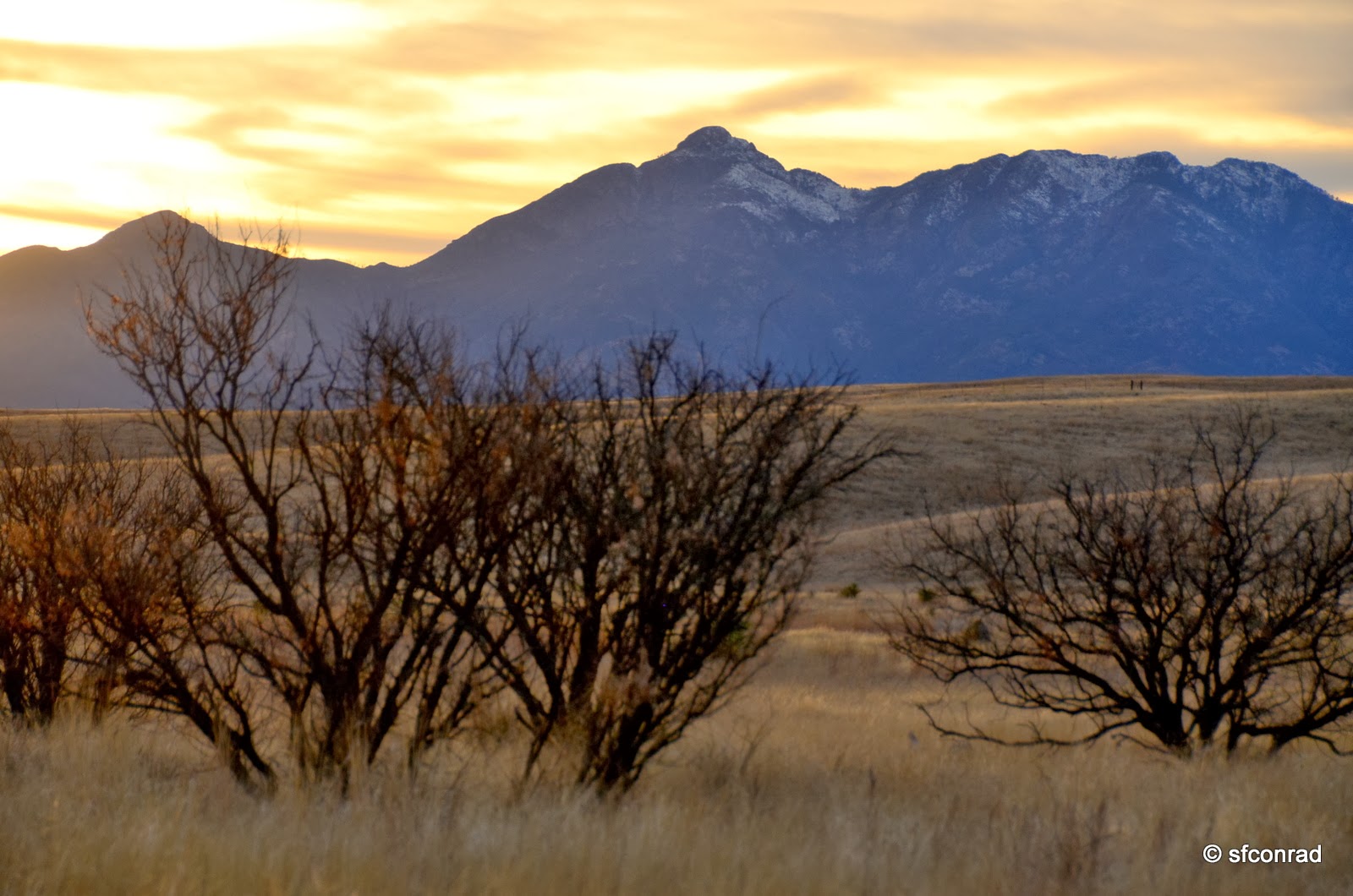 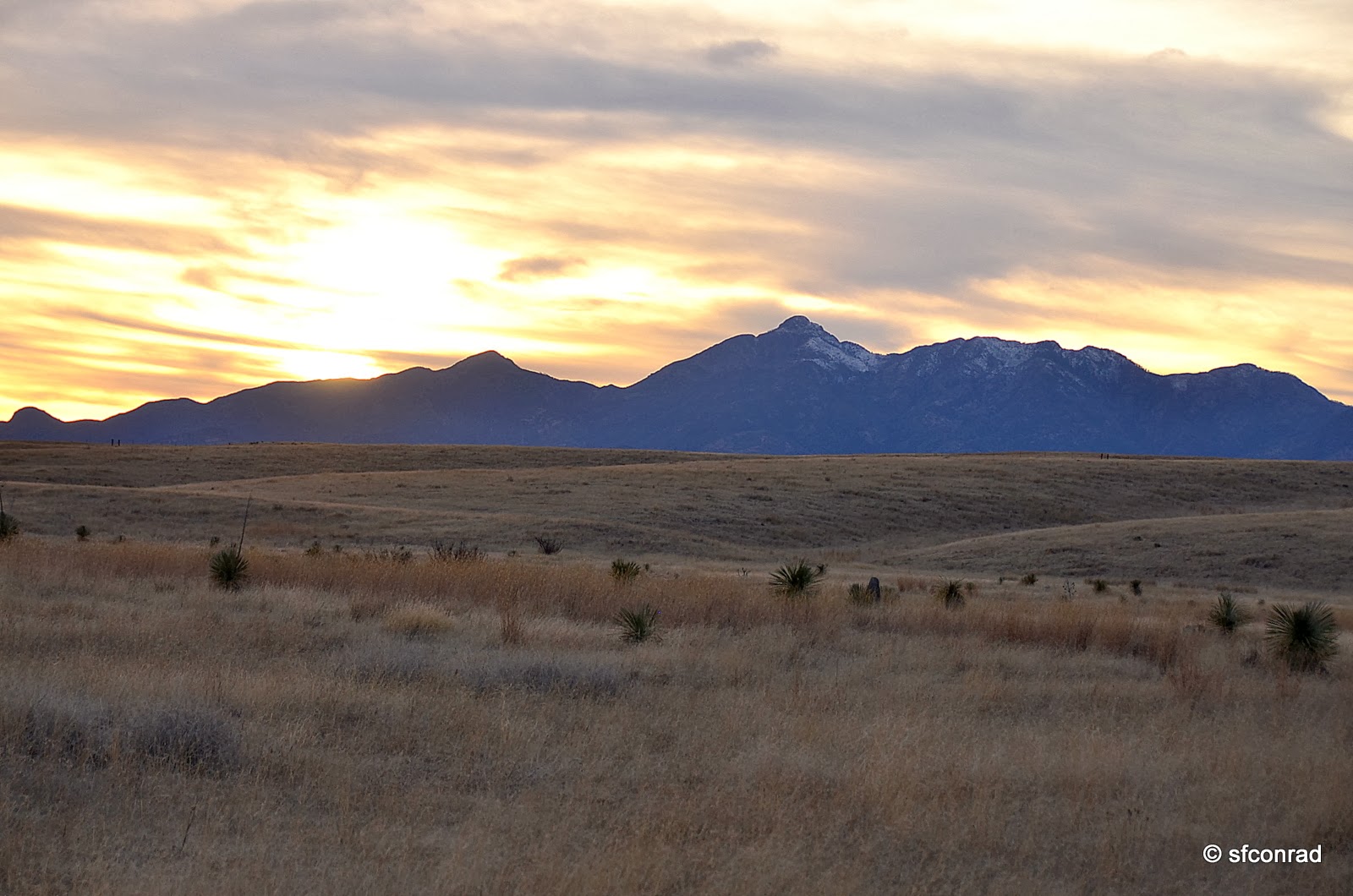 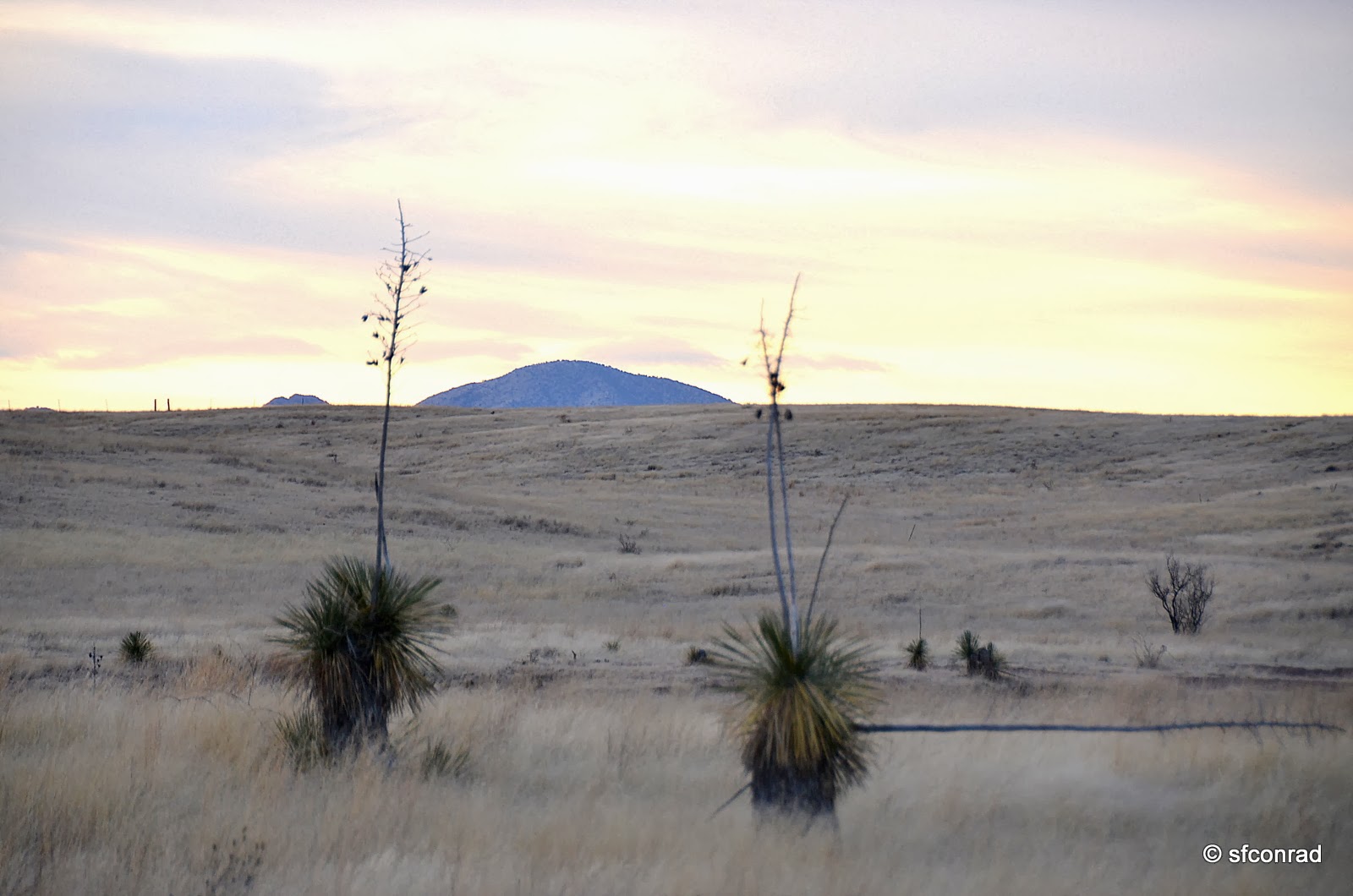 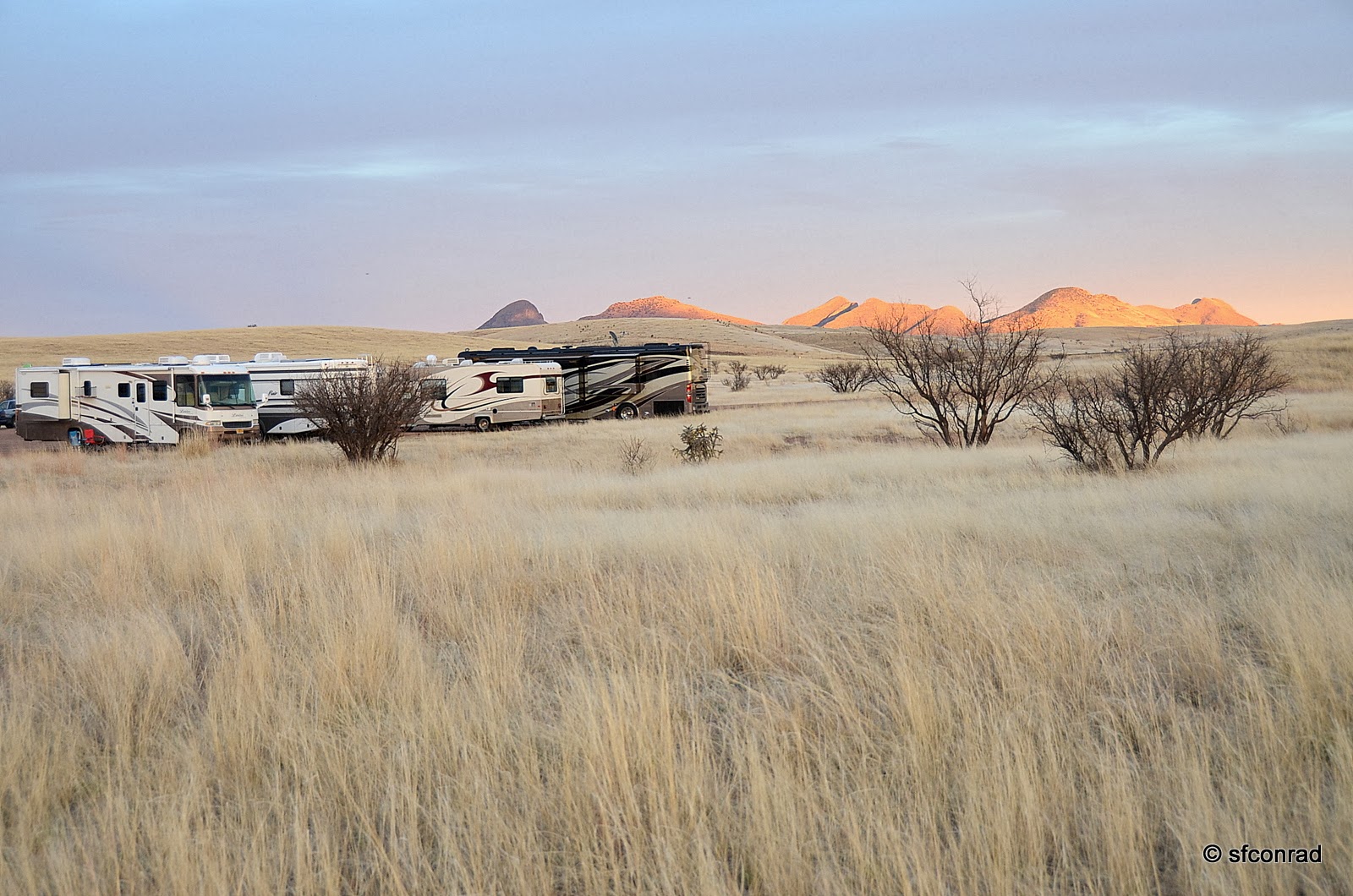 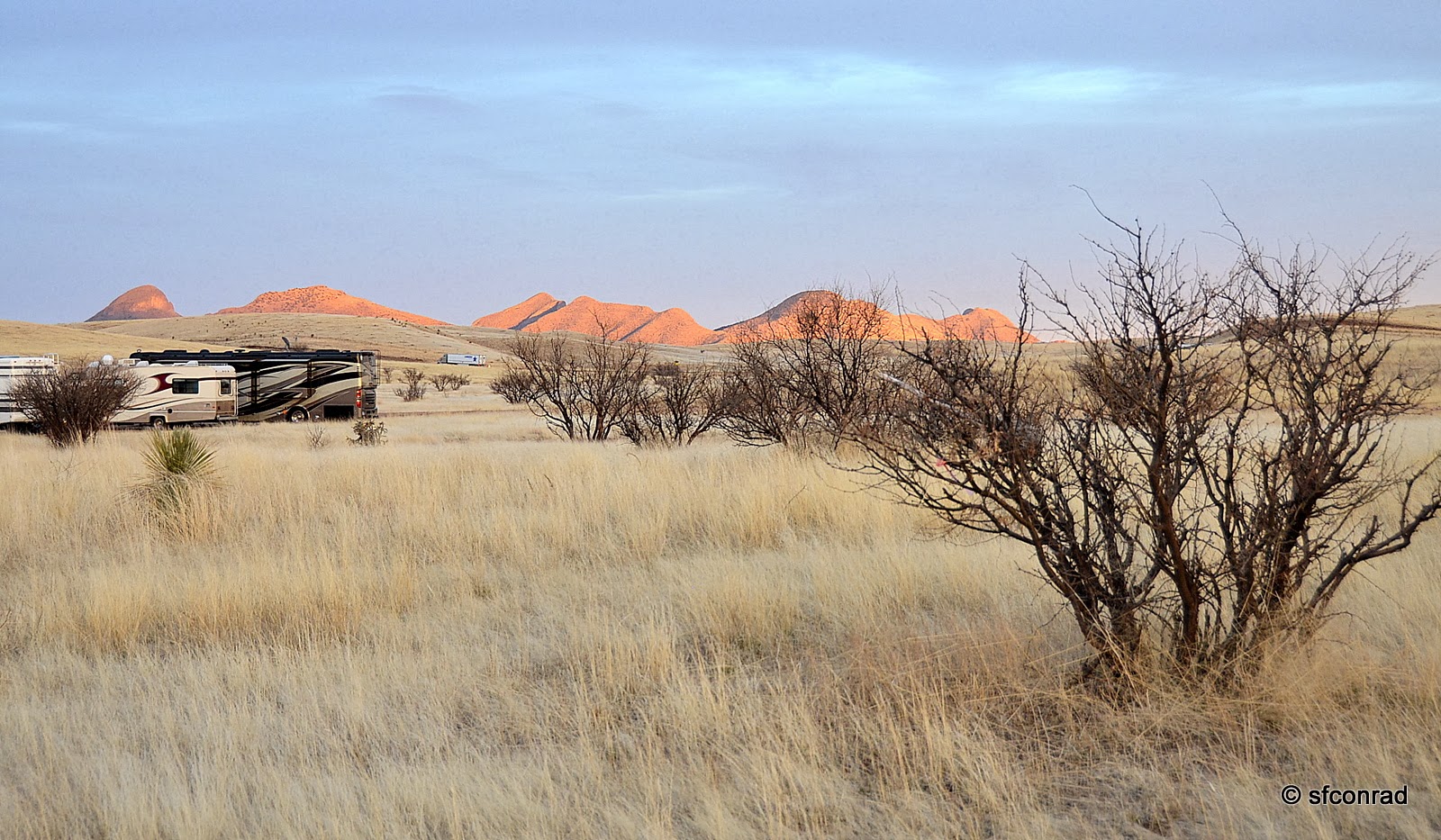 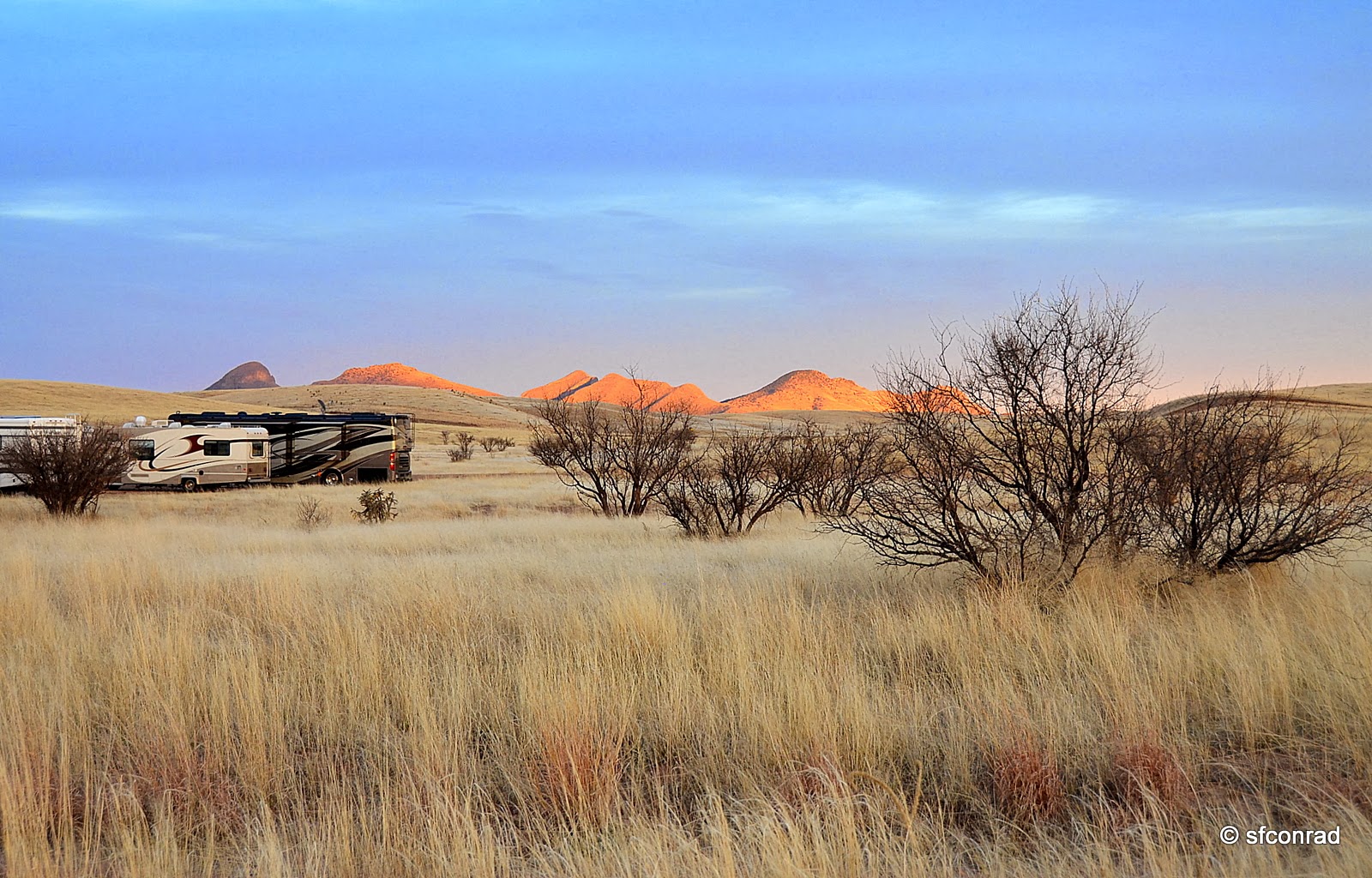 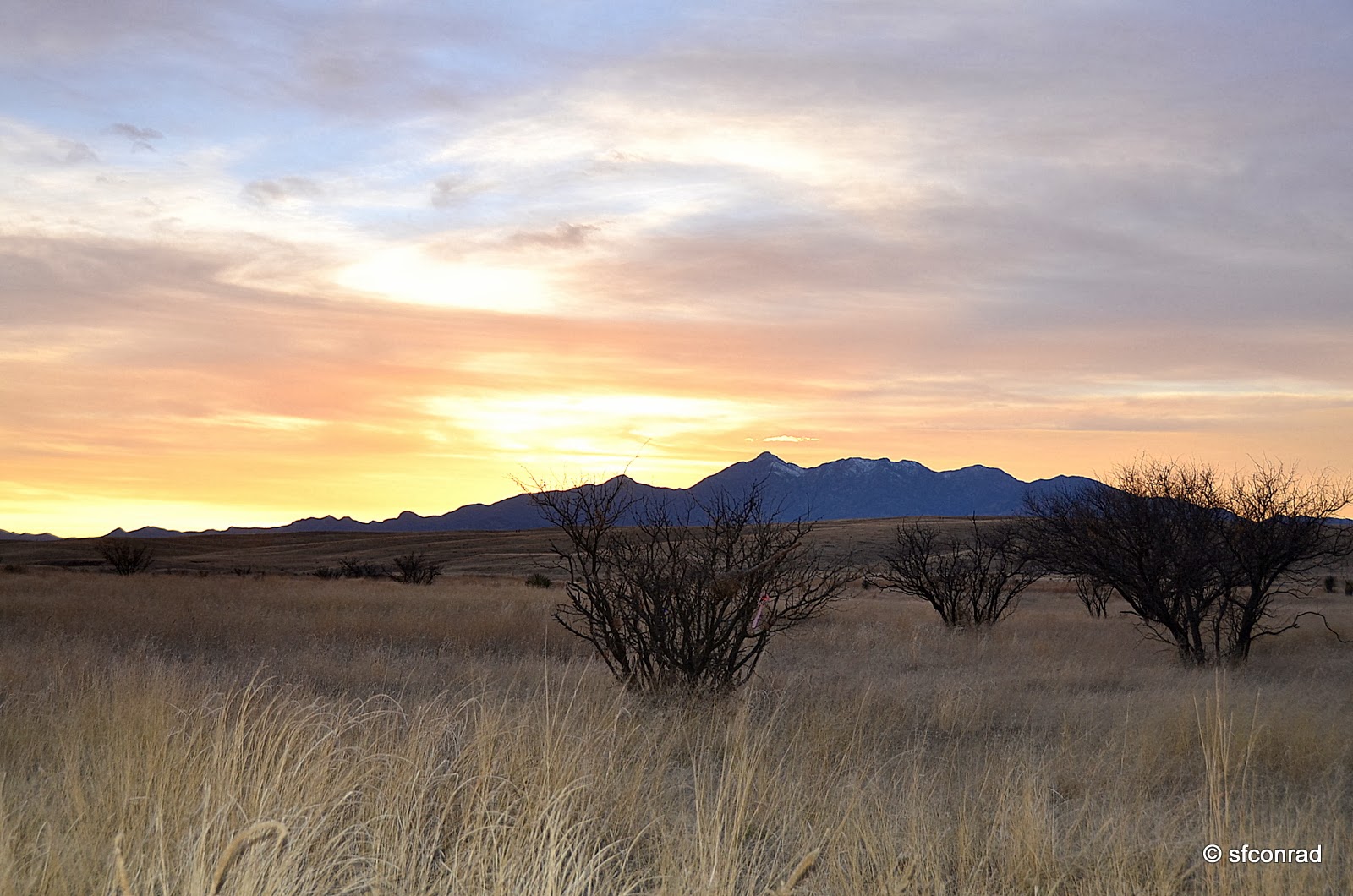 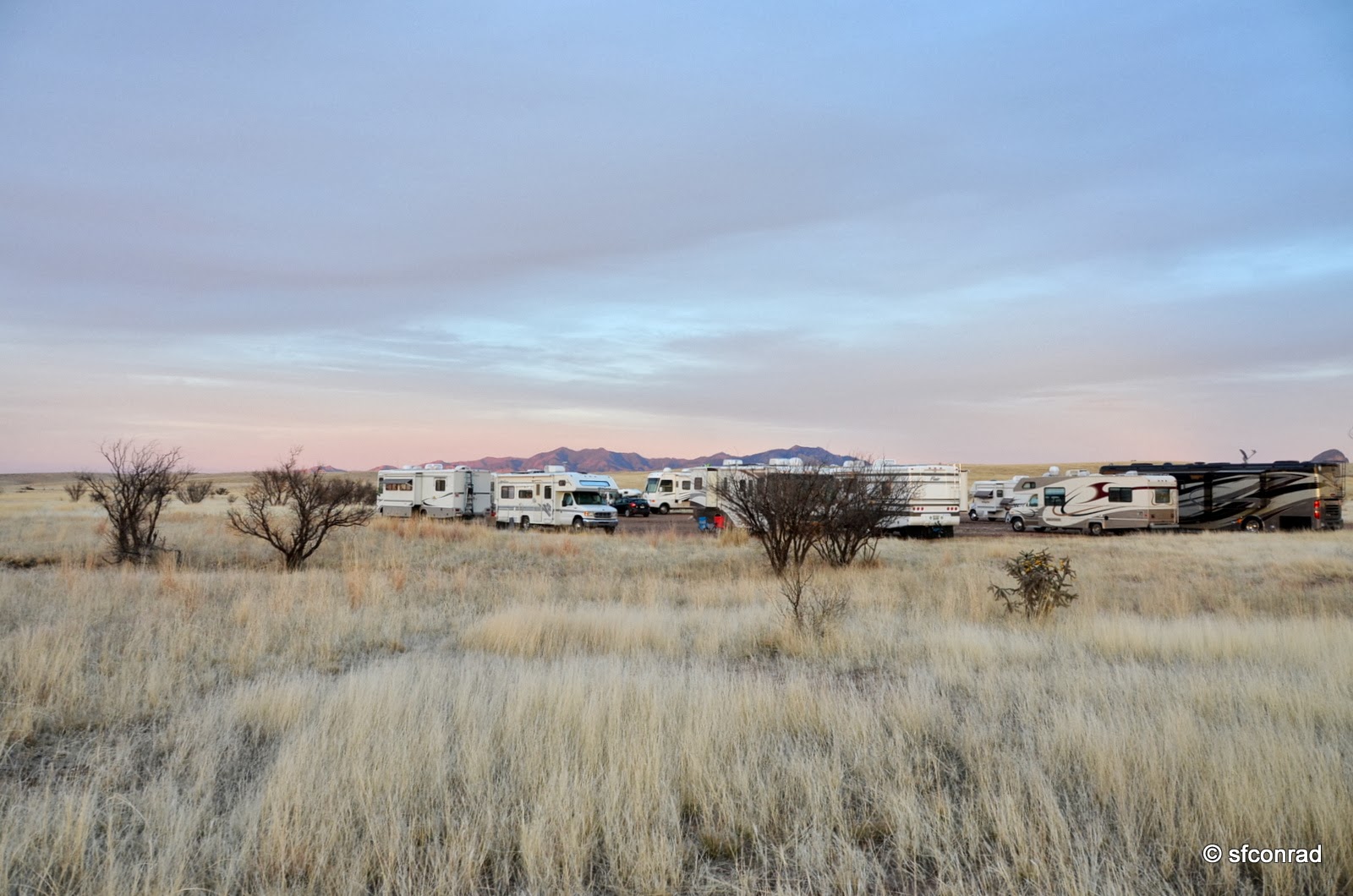 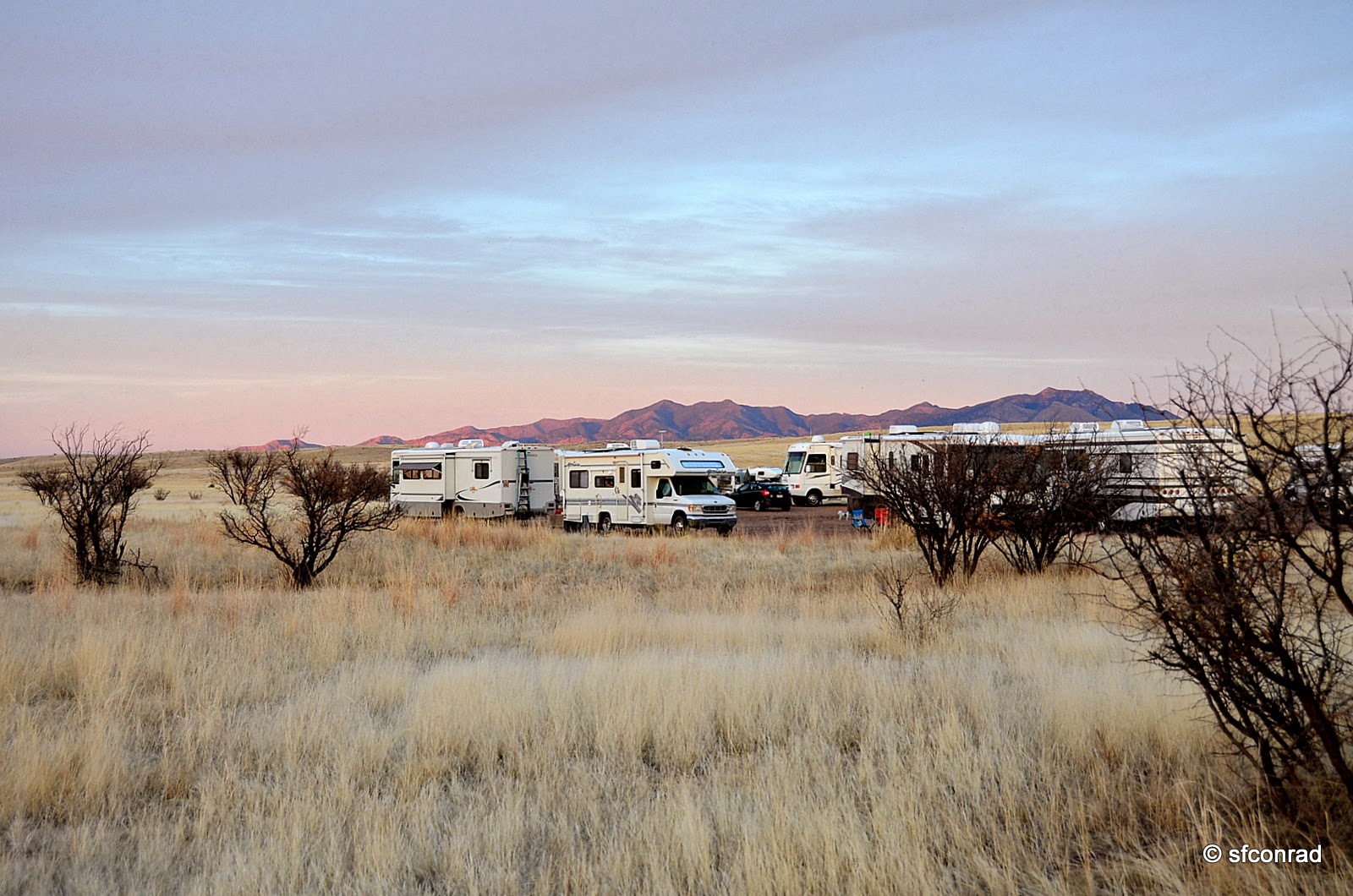 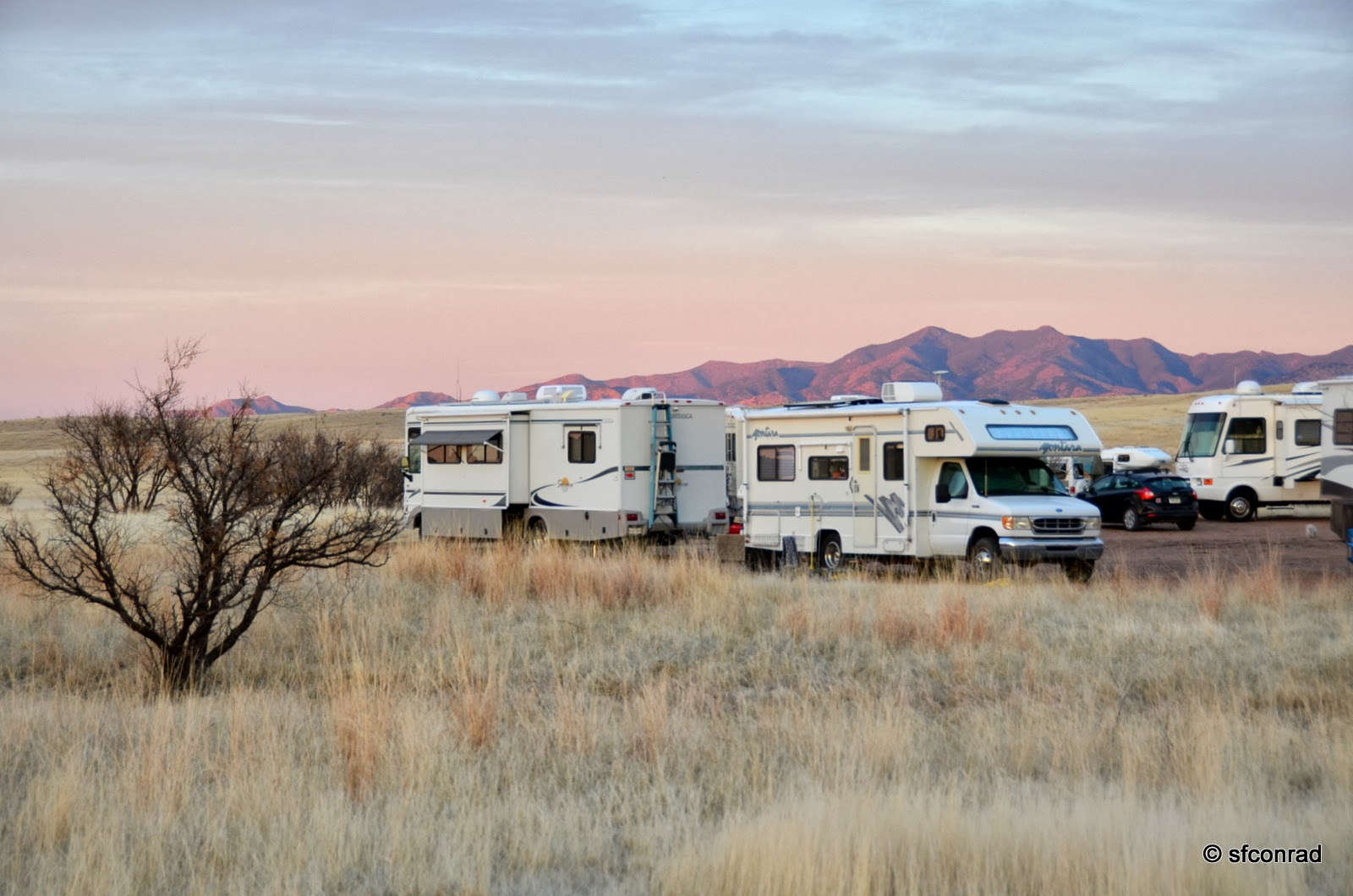 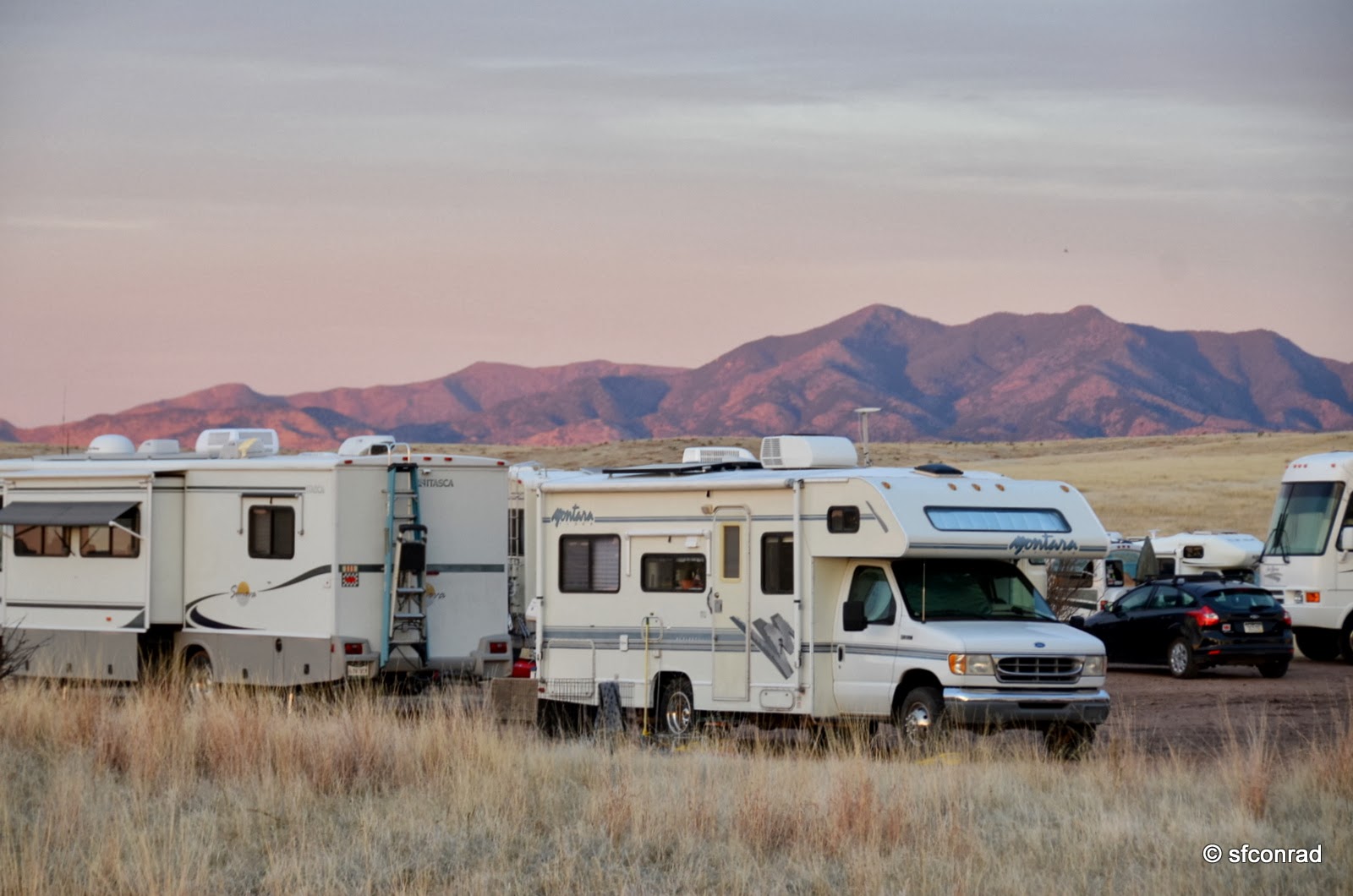 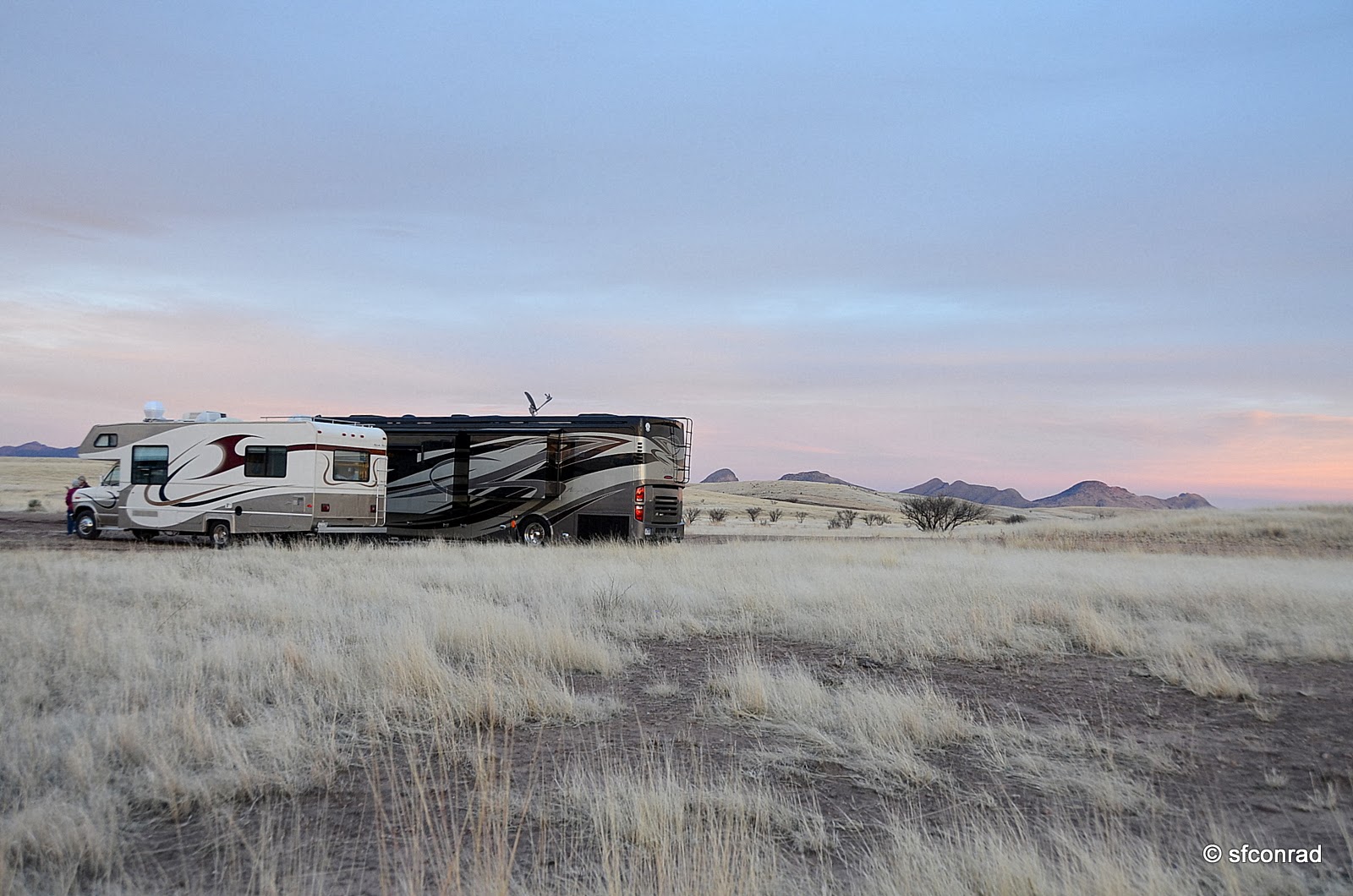 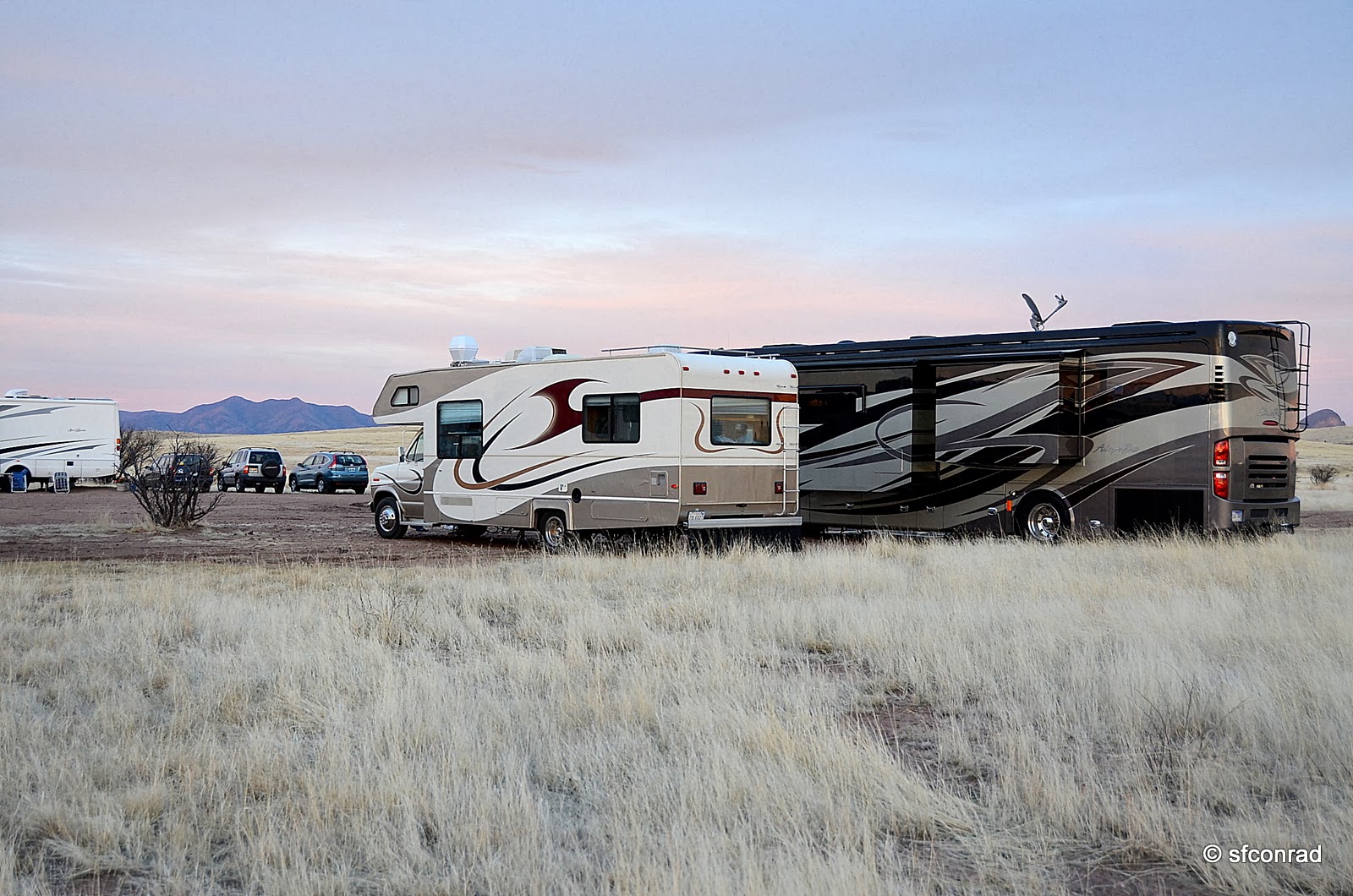 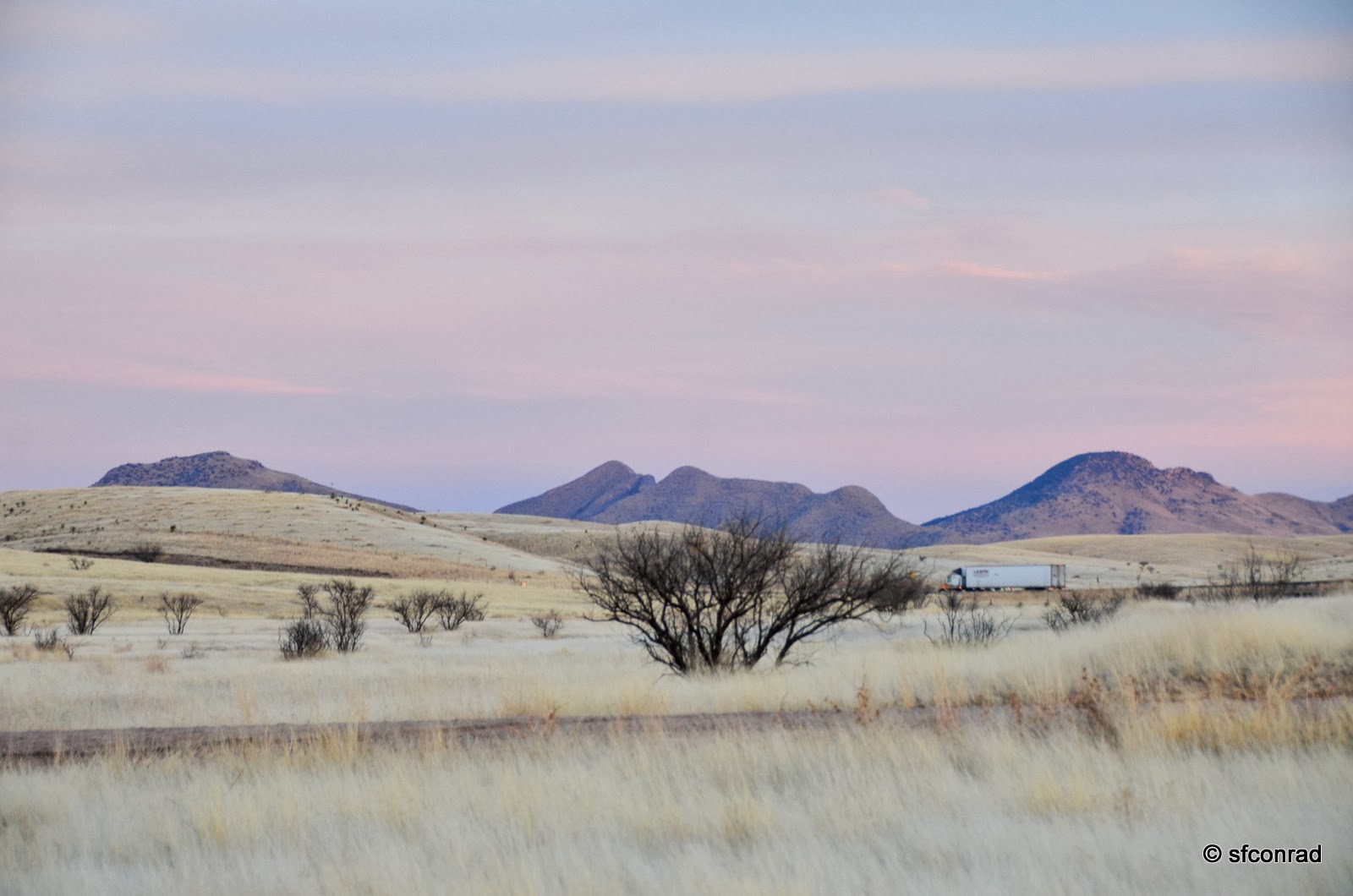 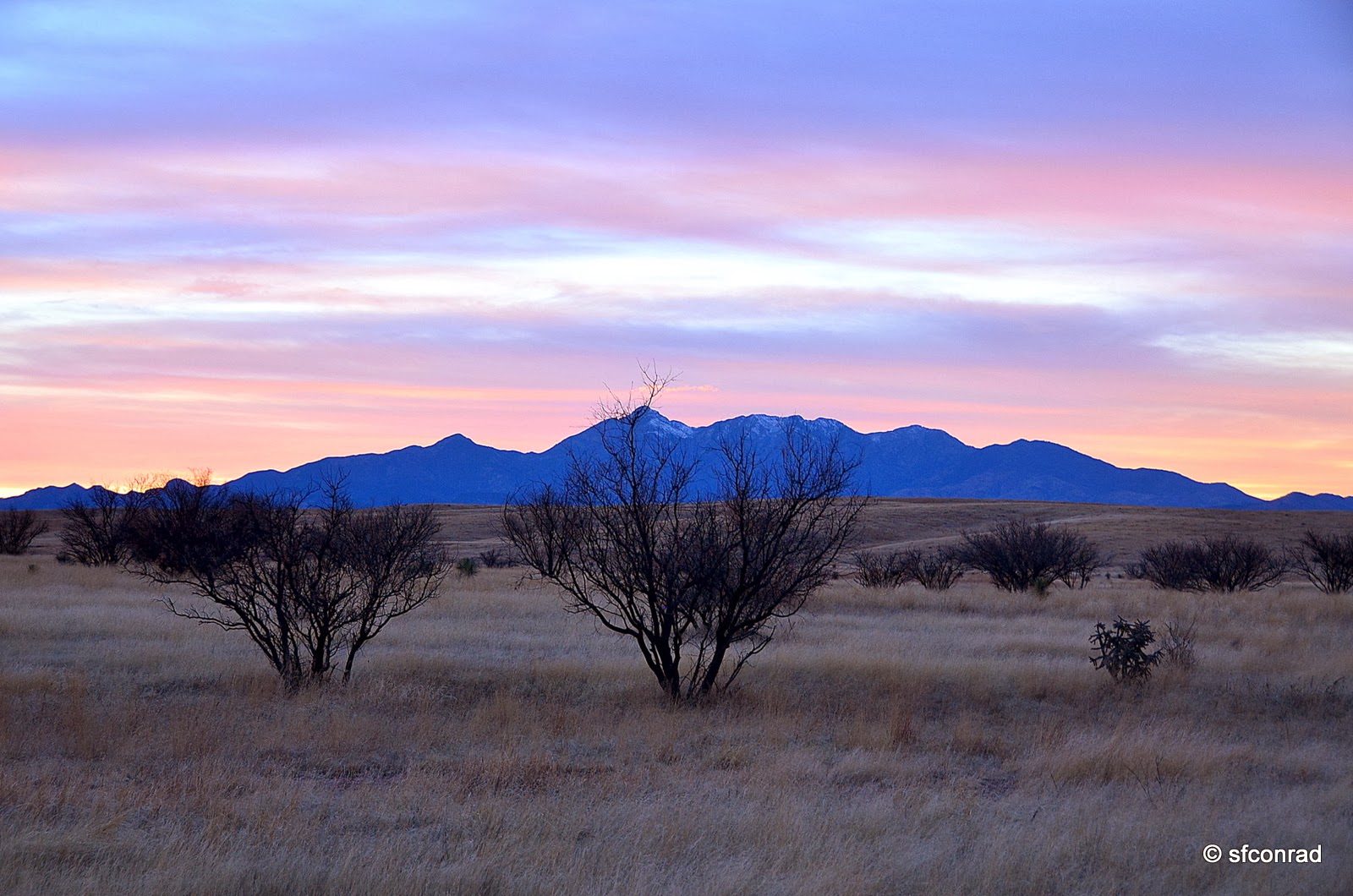 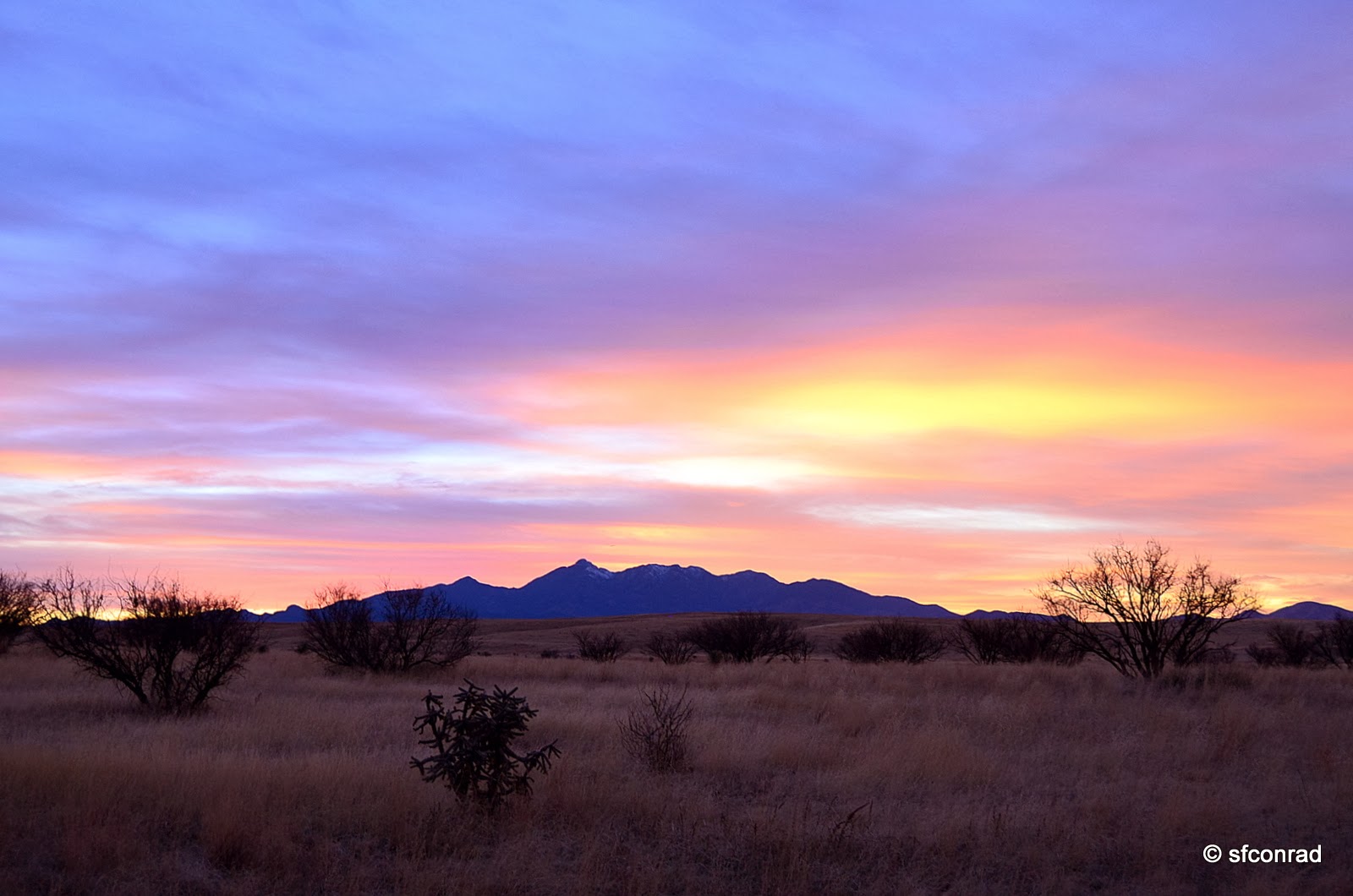 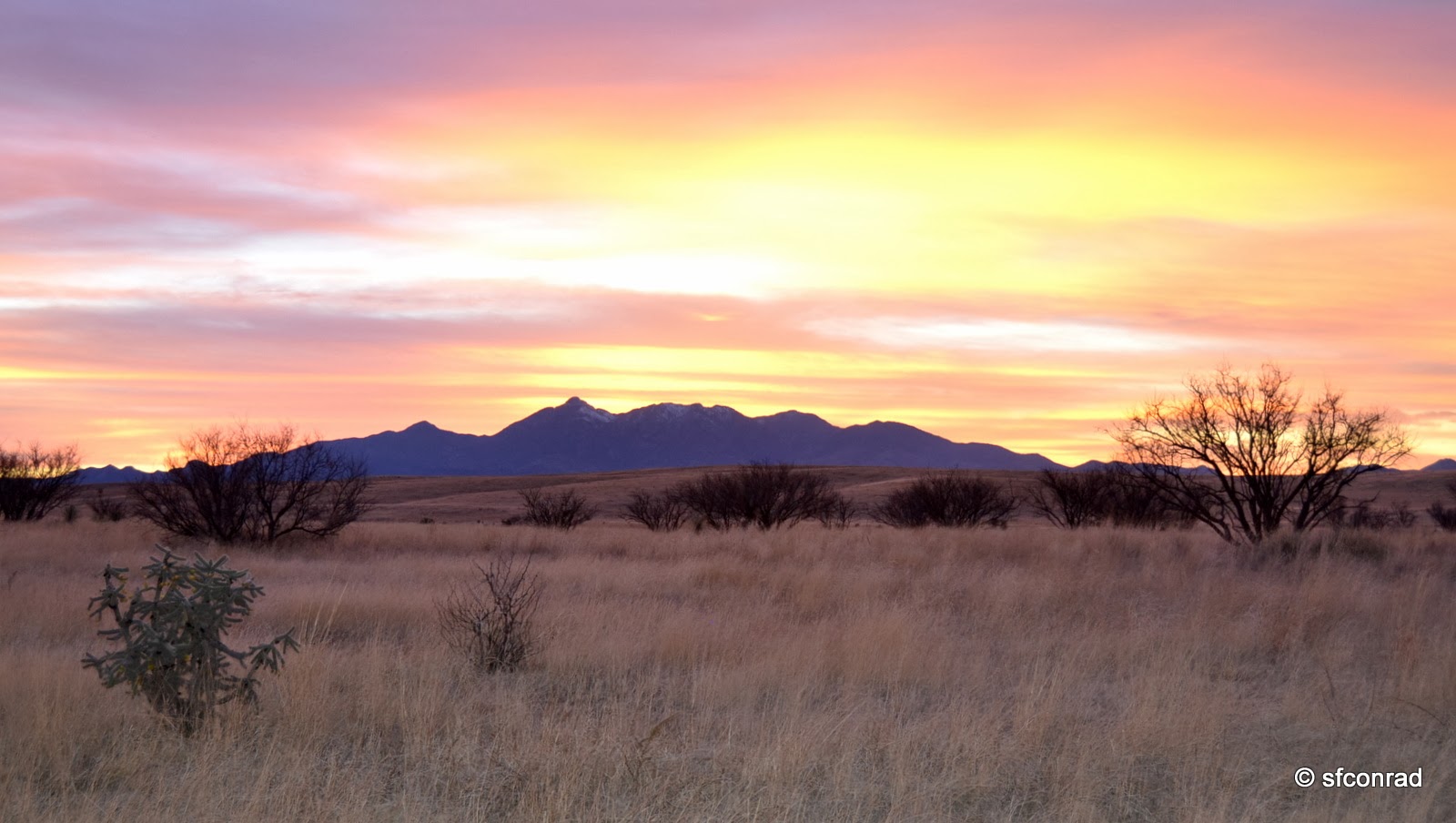 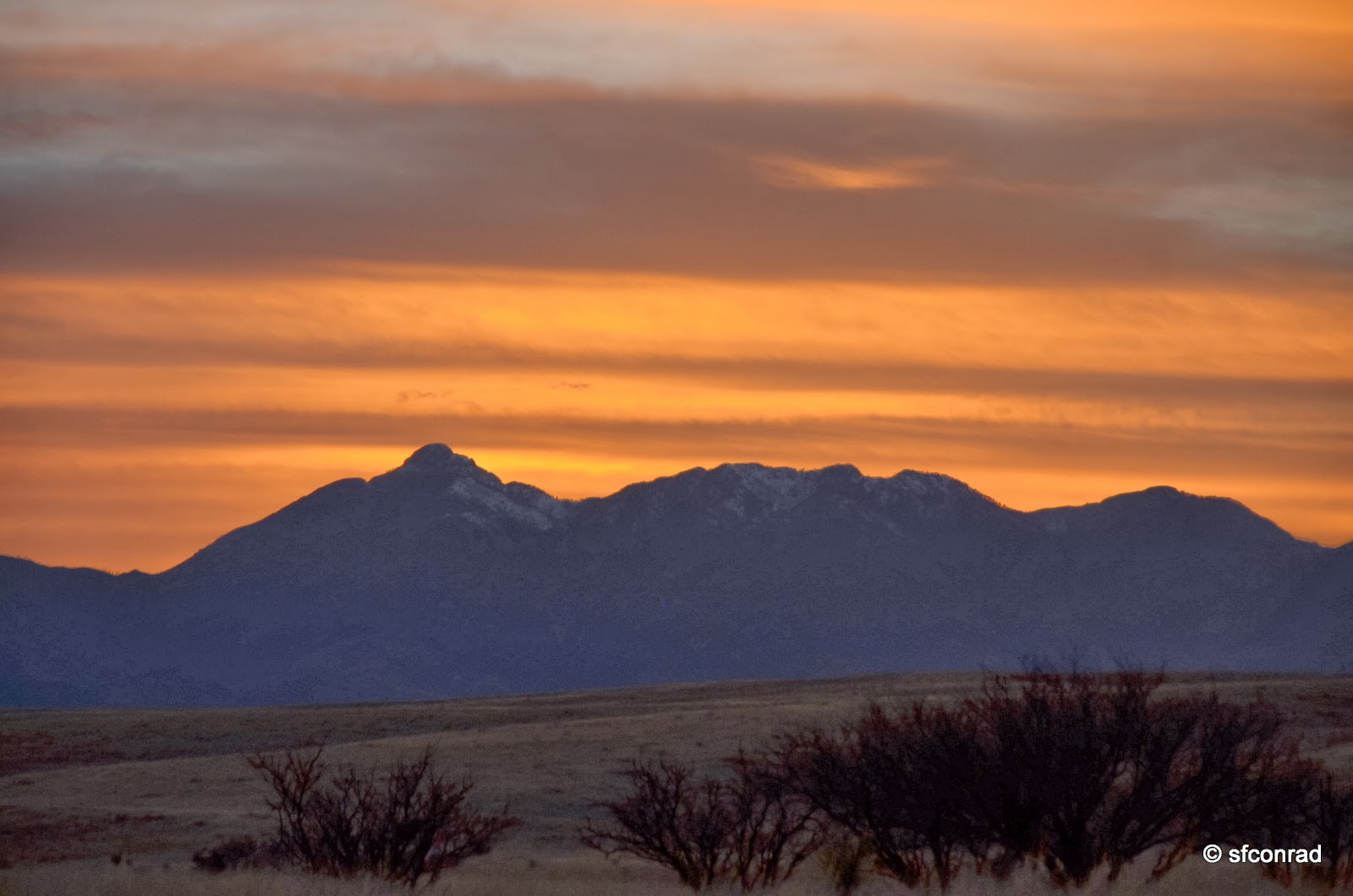 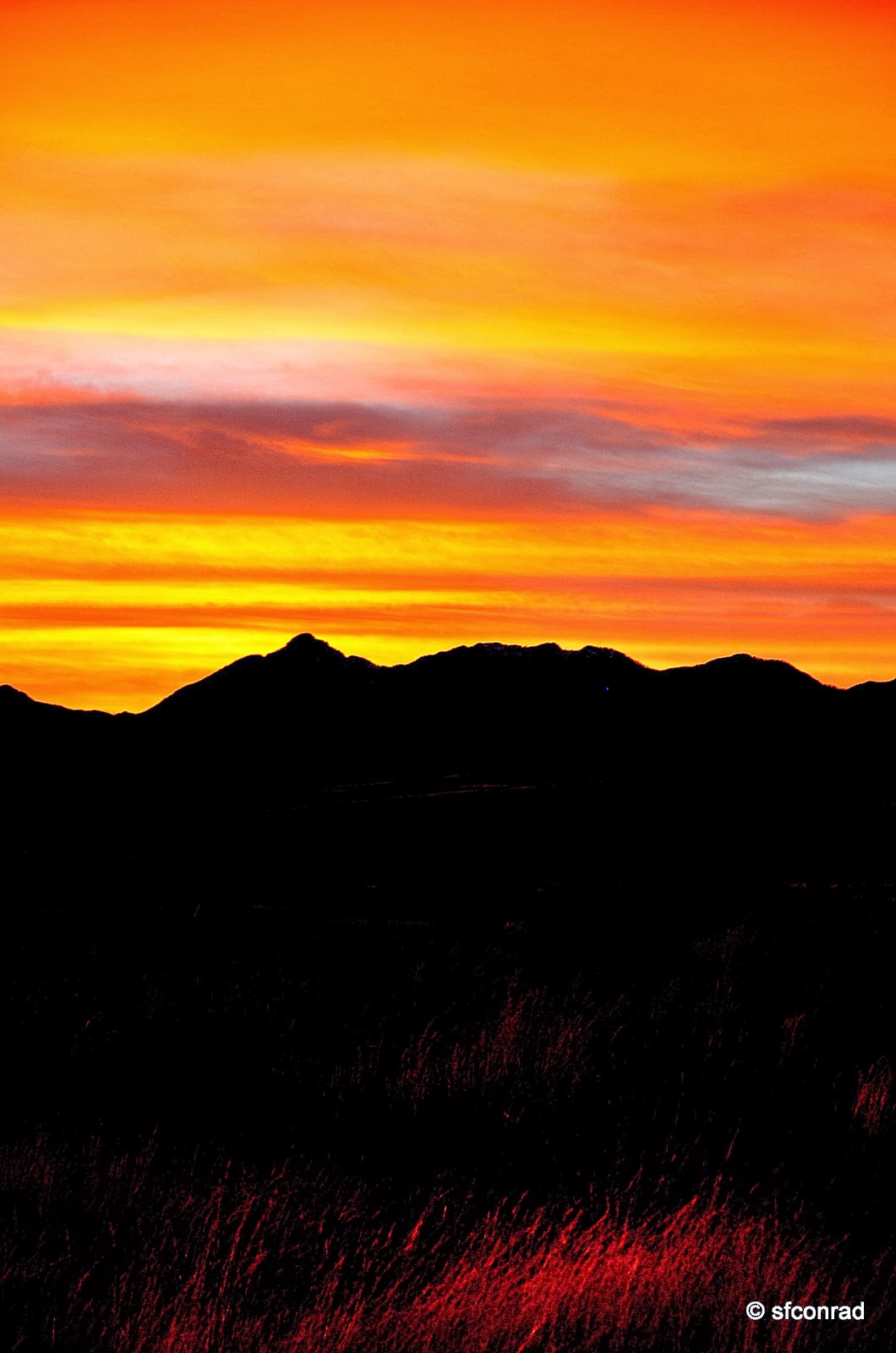 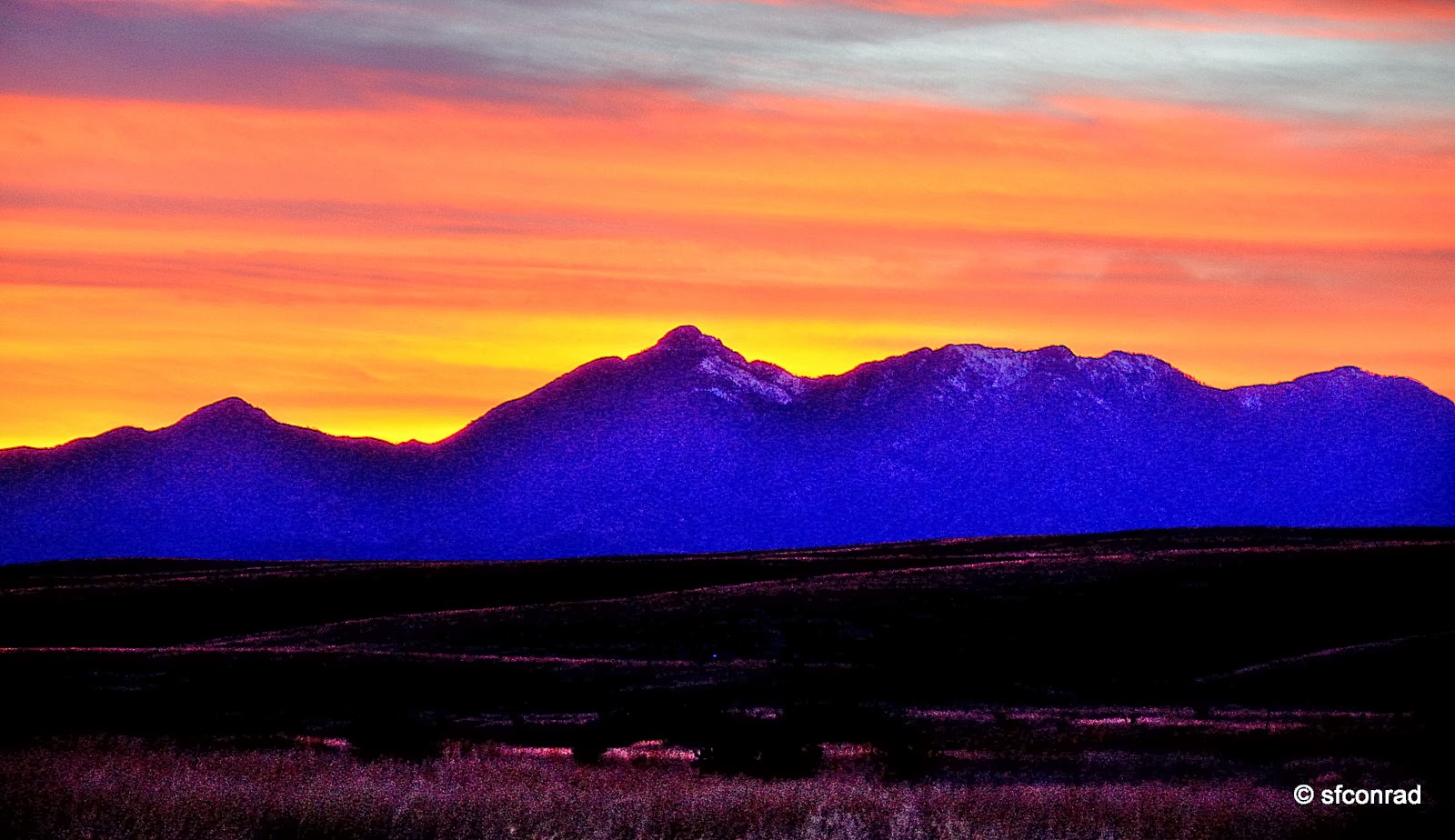 What a truly special sunset for our first night in a new area!!!!!!