Evin and I both agree that we are glad we took the three tours of the cliff dwellings at Mesa Verde Nationl Park. Great informative guides and the price was right, $3 a head per tour. We also agree that we would never want to do Balcony House again. Once was enough!! The photos that follow will not do justice to what the experience was like for me. The guides deserved hazardous duty pay. Something I received during my working career.

We were warned in printed material that we would have to climb several ladders, one being thirty or more feet long/high. And crawl through a twelve foot tunnel and a small opening. Almost too small for me. I had to literally lay on my stomach and crawl. Also, it had rained that day, so I was crawling in mud. We were warned that we would be on the edge of a cliff; but we were not told that most of the time there were no ropes, fences or railings. If you fell, you might as well kiss it goodbye. Children took the tour as did lots of people older than me. I kept telling myself that when I climbed that wet and muddy thirty foot ladder. I told myself, "If they can do it, then I can. Keep going. Don't look down!!"

During my work career, I faced dangerous situations and/or people many times. To be honest, nothing hardly ever bothered me more than my afternoon on the cliffs at Balcony House. I would not have been surprised if I learned that many people had died after falling off the cliff during the Balacony House tours. I cannot believe that the National Parks Service does the tour. Serious  business, SERIOUS!! (Evin just read my comments and said, "That's a little much." I responded, "It is exactly how I felt then and still do today.") 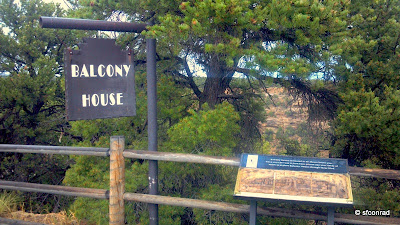 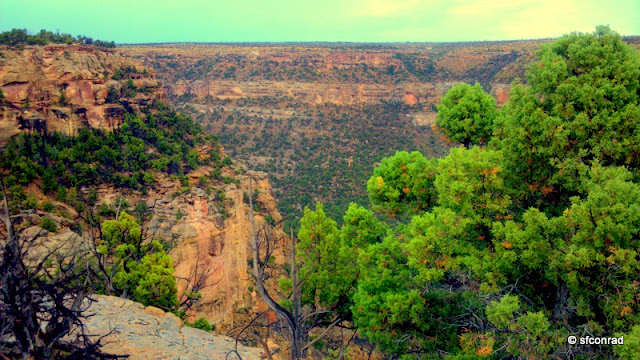 There is the start of the Balcony House tour, it is a REAL cliff!! 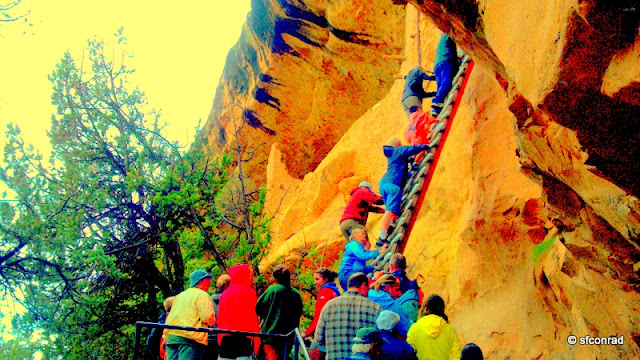 I choose to go last. To be honest, I didn't want to do it after I saw the task at hand. 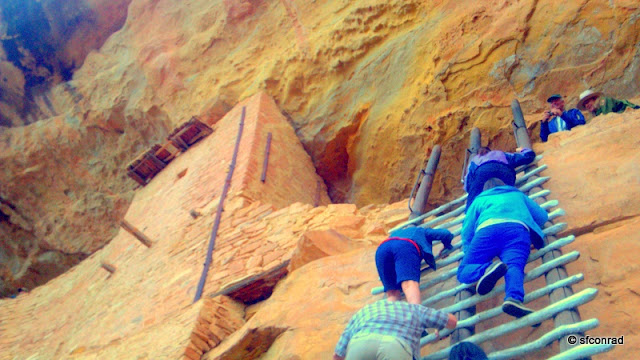 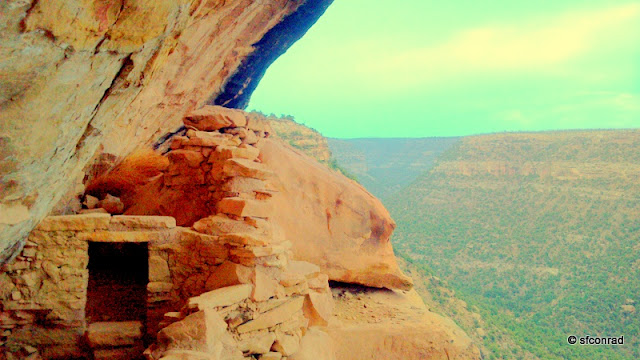 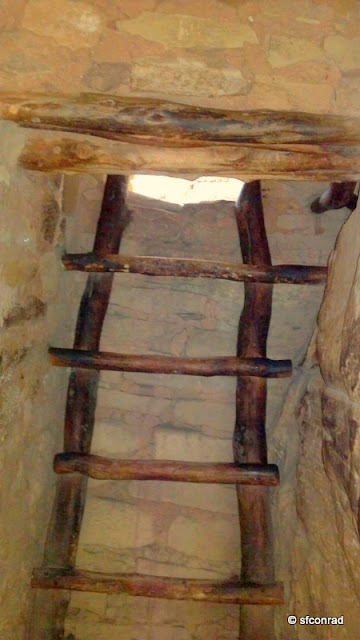 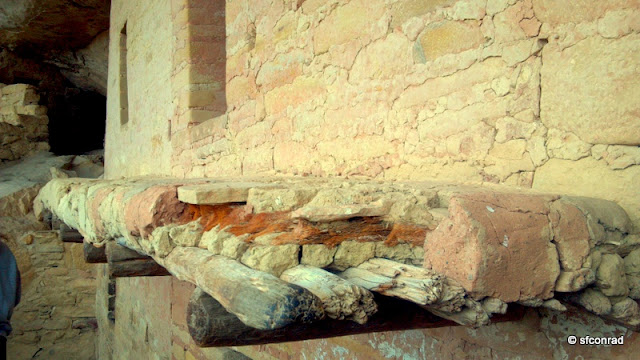 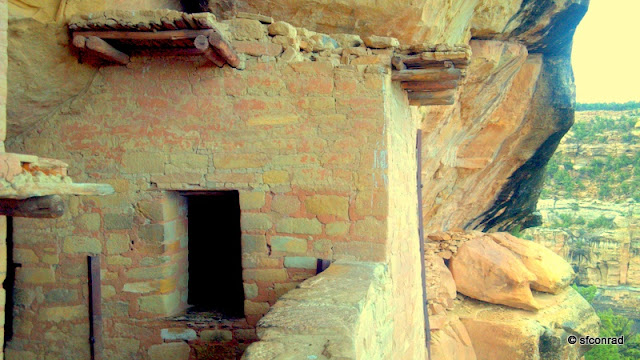 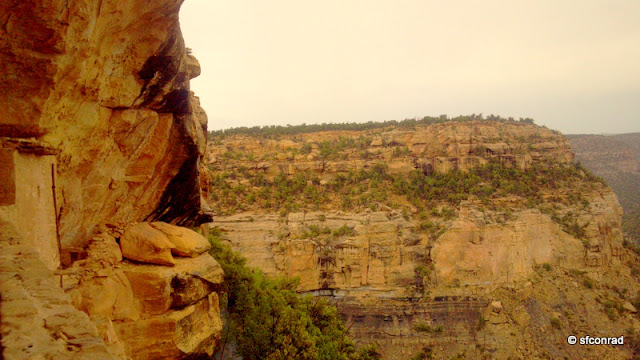 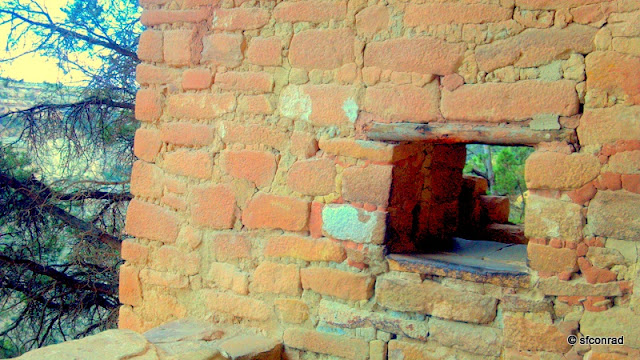 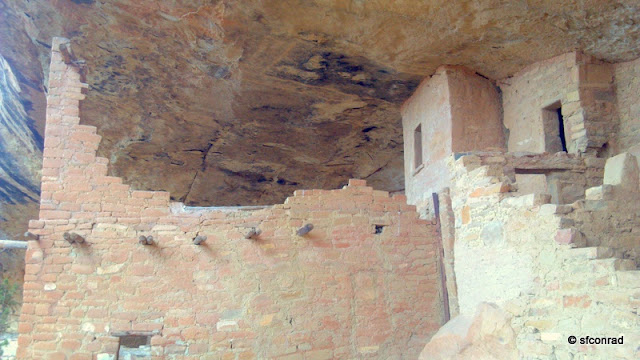 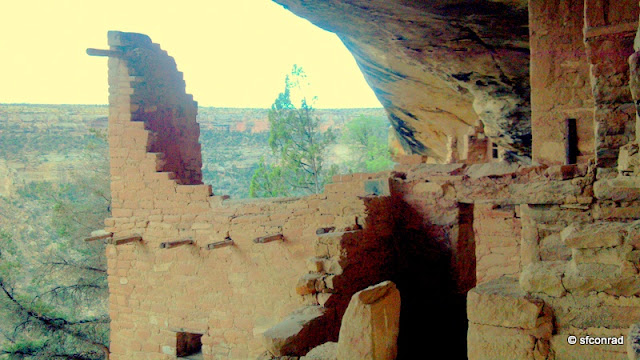 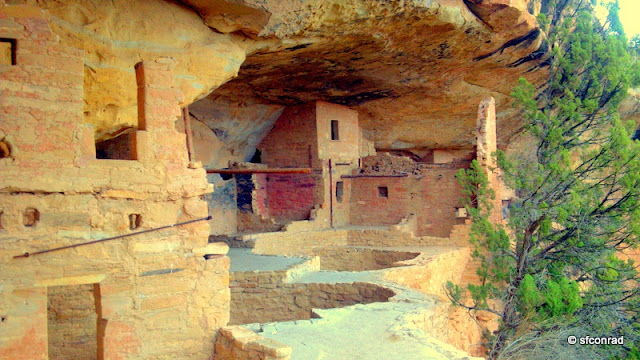 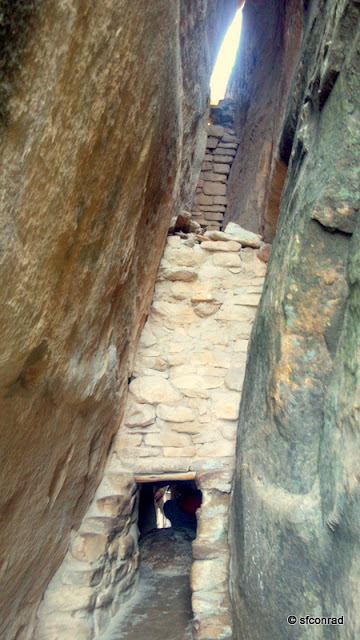 This is the small hole I told you about. Evin agreed it was okay to show the next photo. 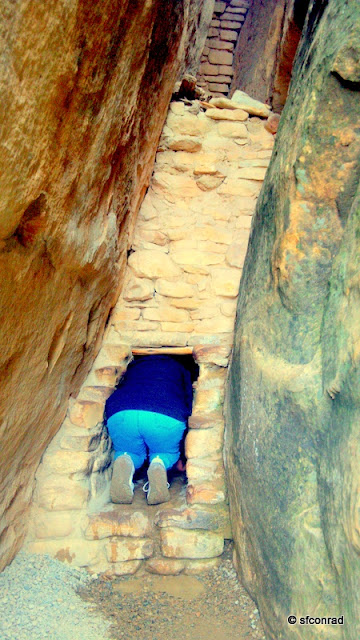 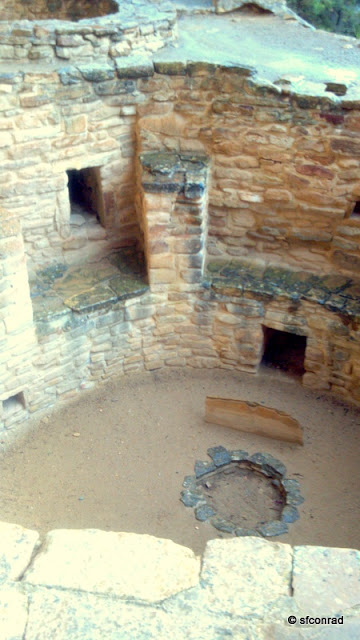 These are deep holes and there are no ropes around these kivas. 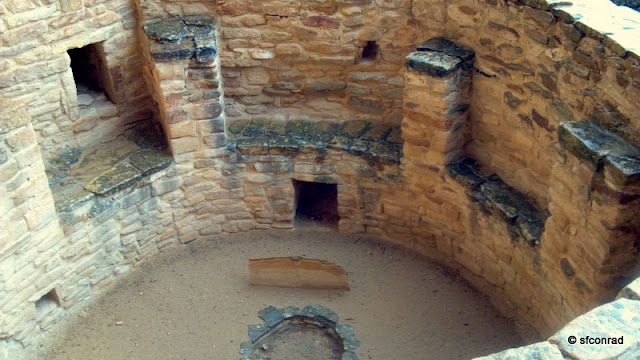 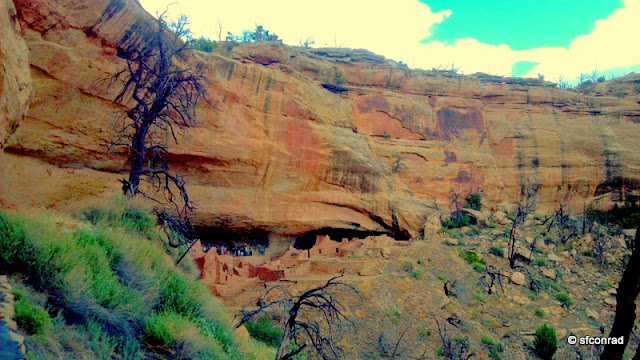 This is Badger House. Much tamer than Balcony House. 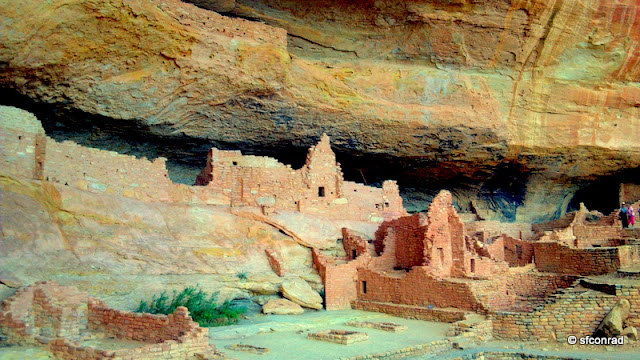 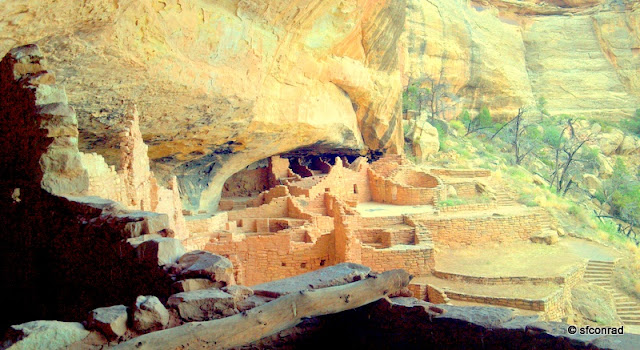 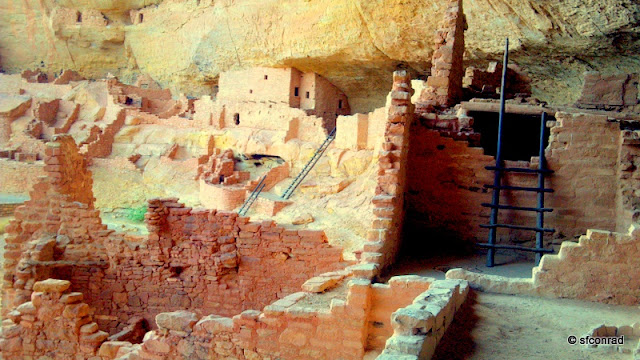 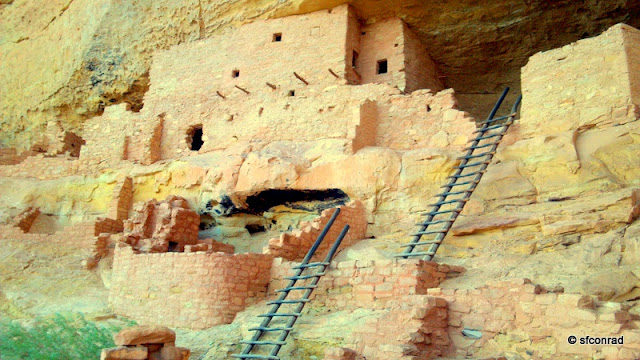 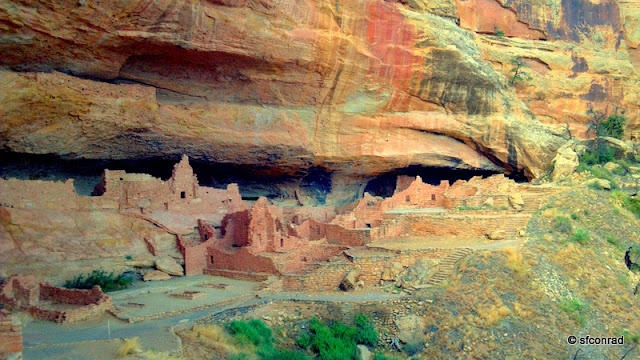 Beautiful in its own way!!
Posted by Steve Conrad at 9:53 PM