Around the campground on Easter...

Eddie and Doodle let me know that they wanted to go for a ride. I decided to grab my Nikon and shoot more irises and hedgehogs near the entrance of Payson Campground and RV Resort... 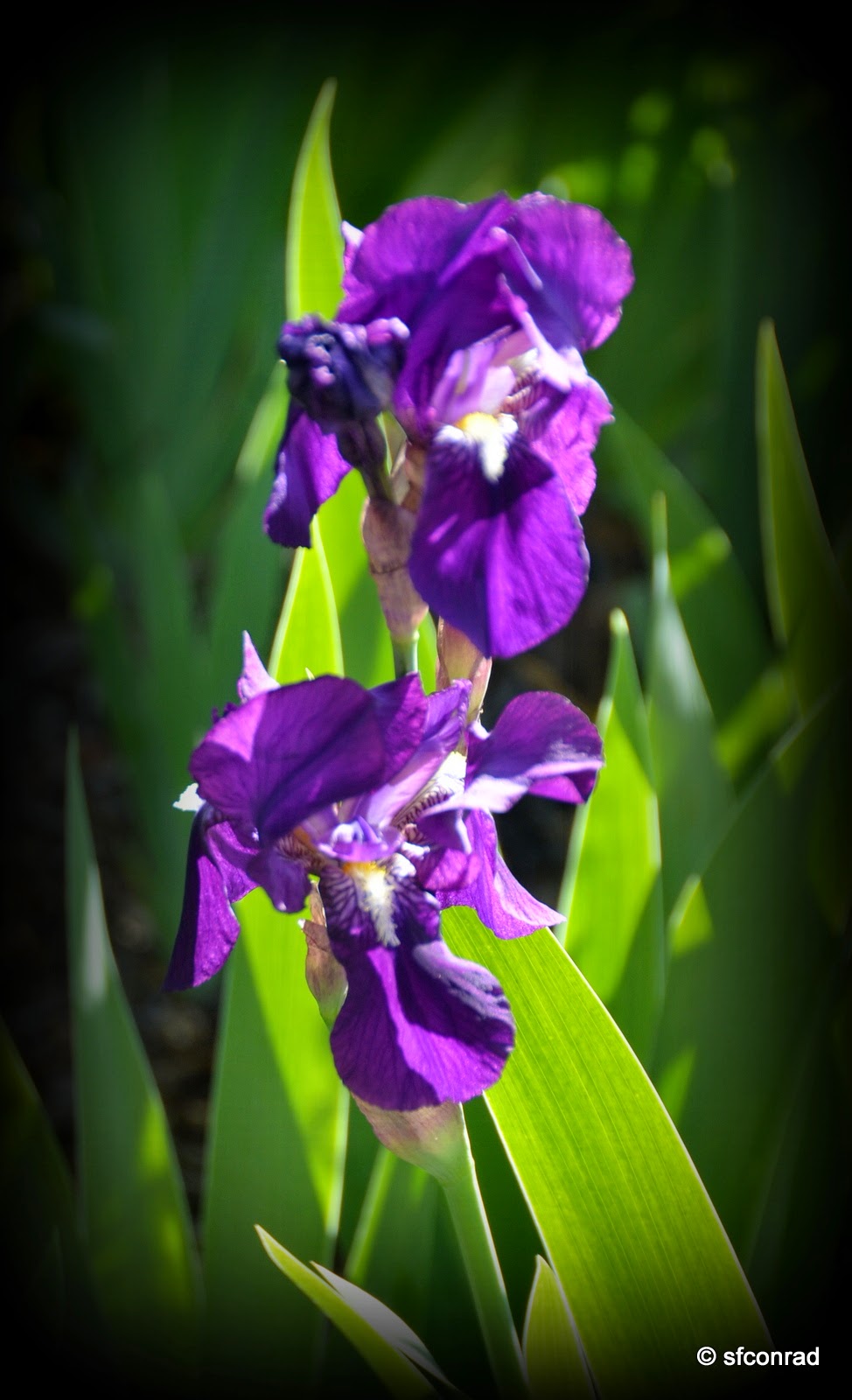 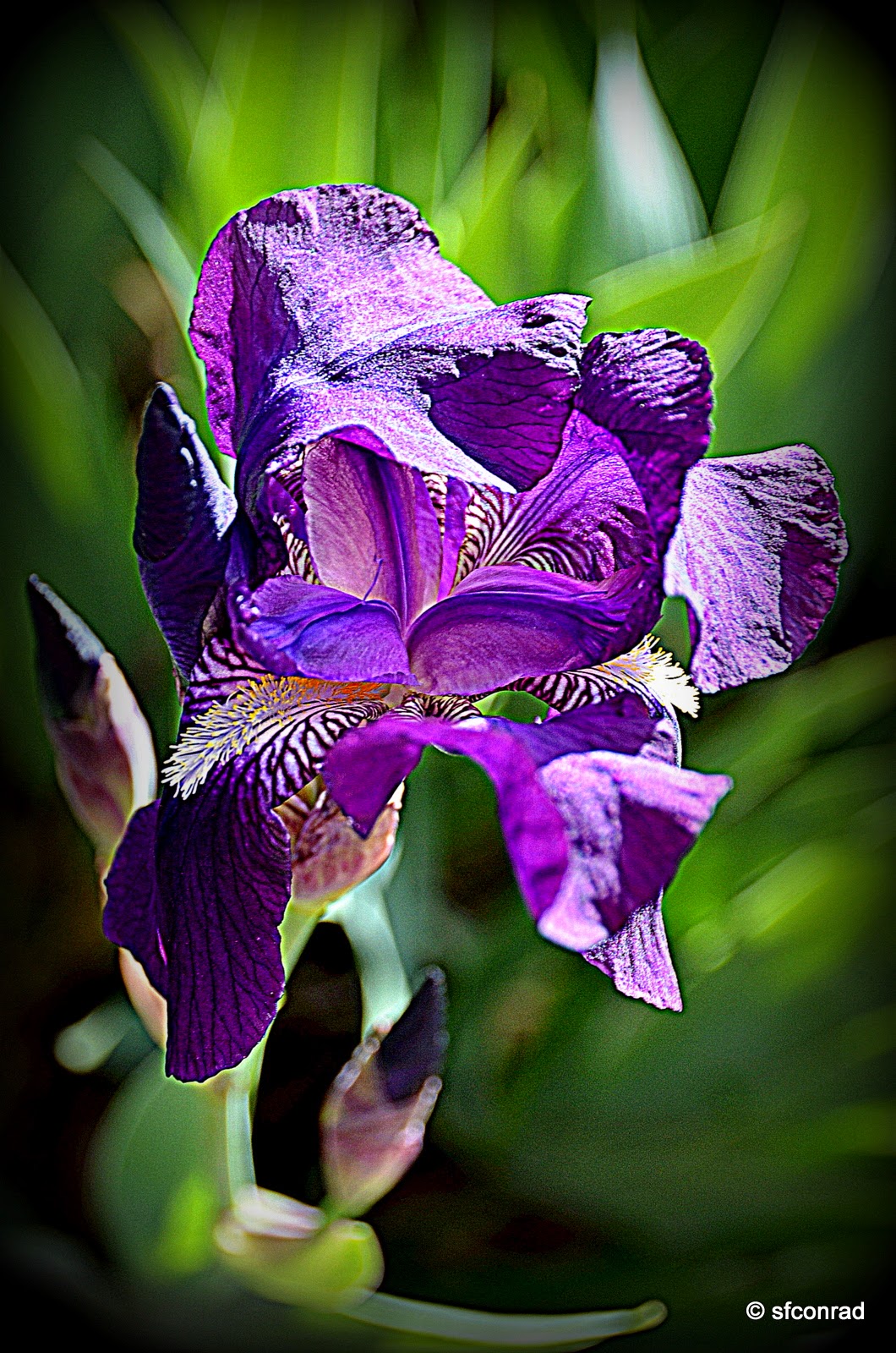 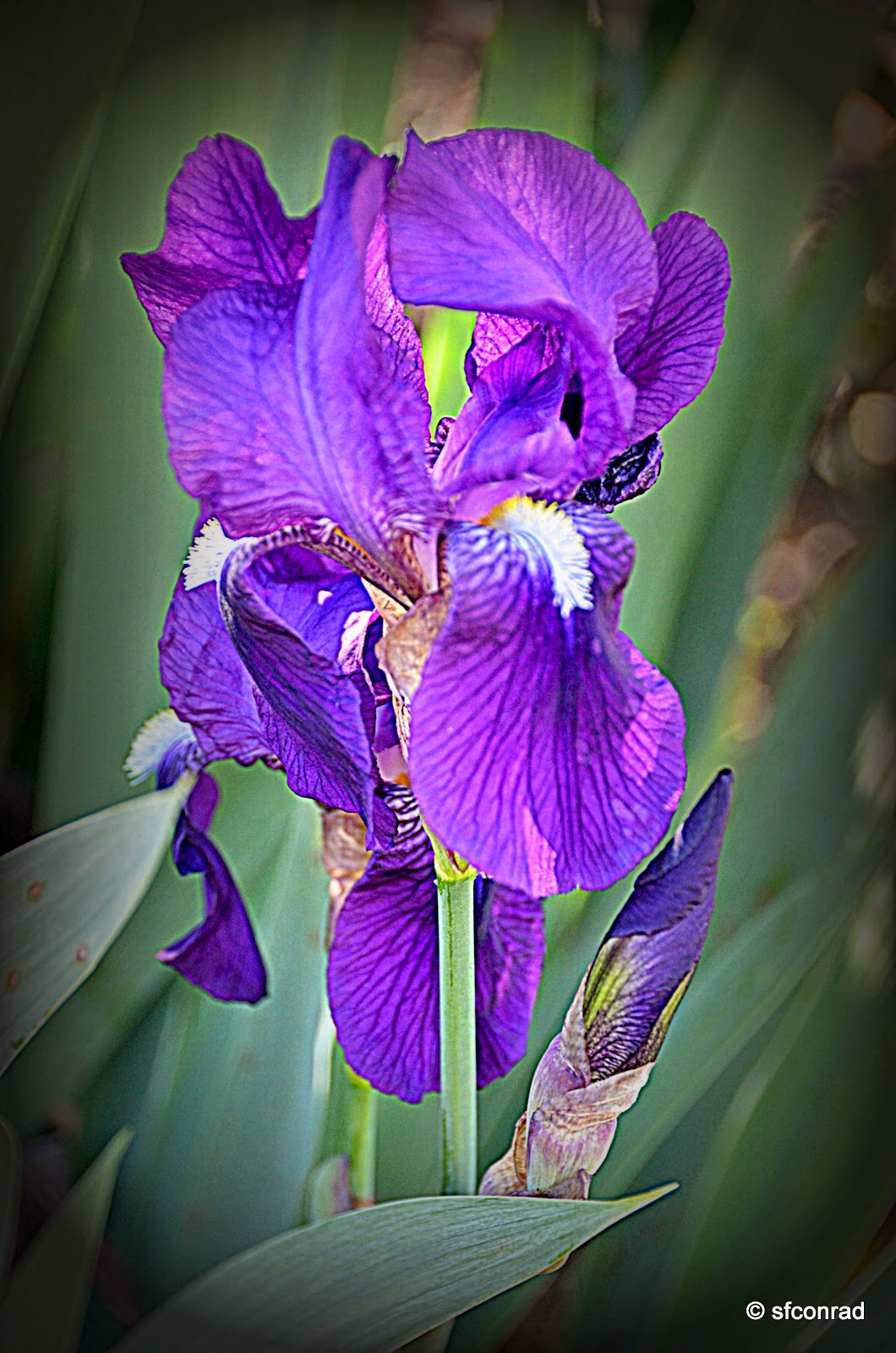 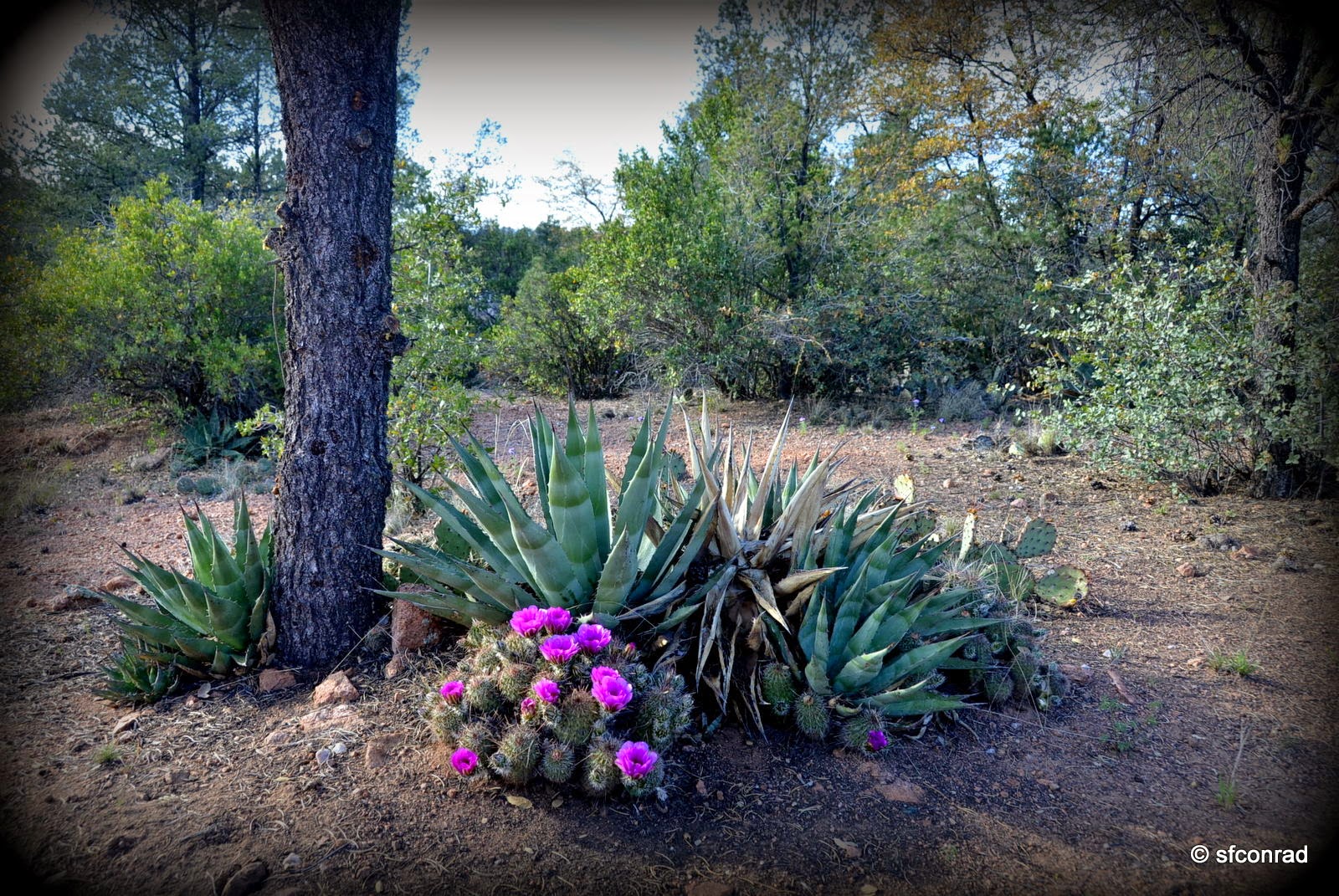 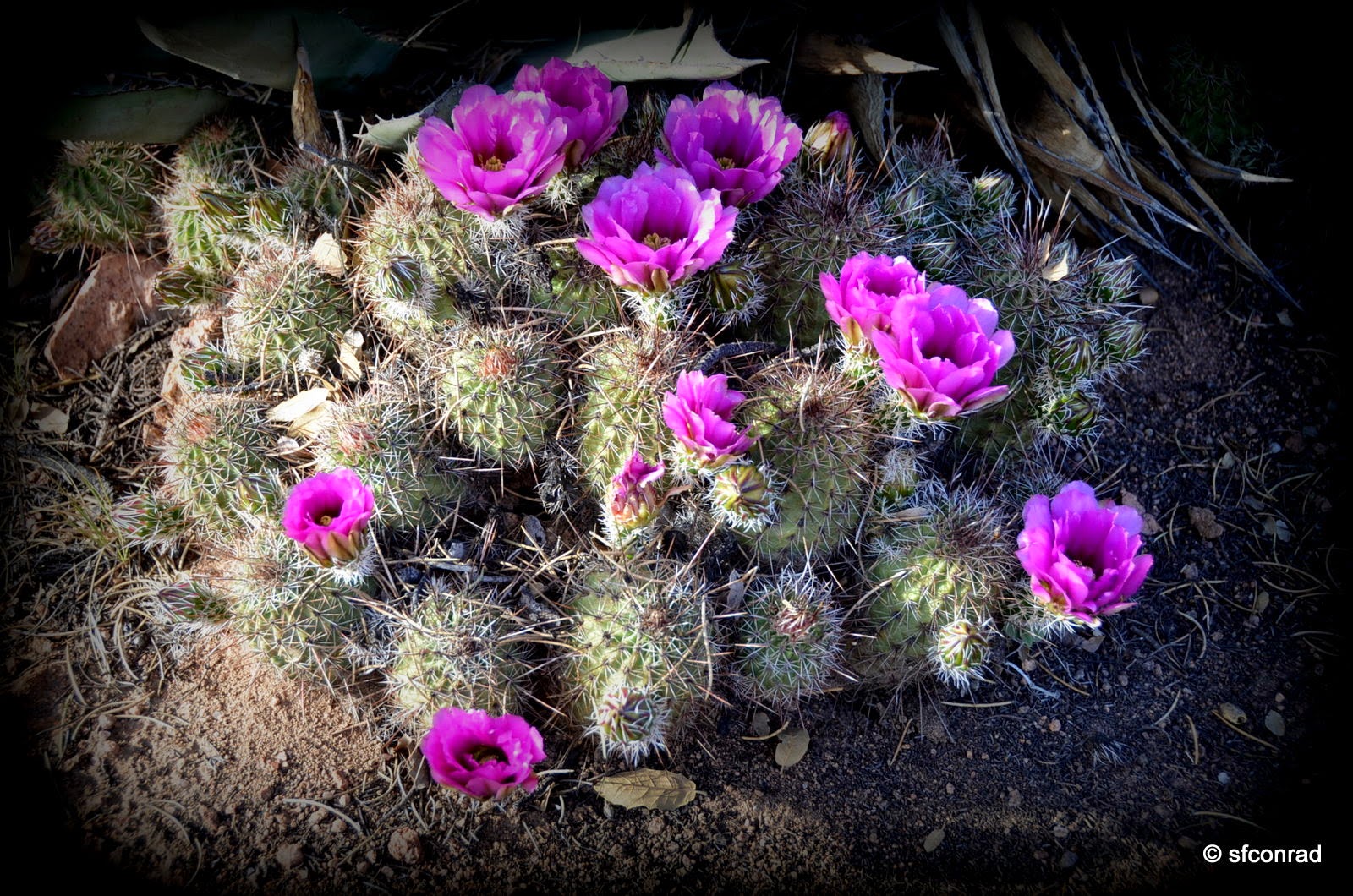 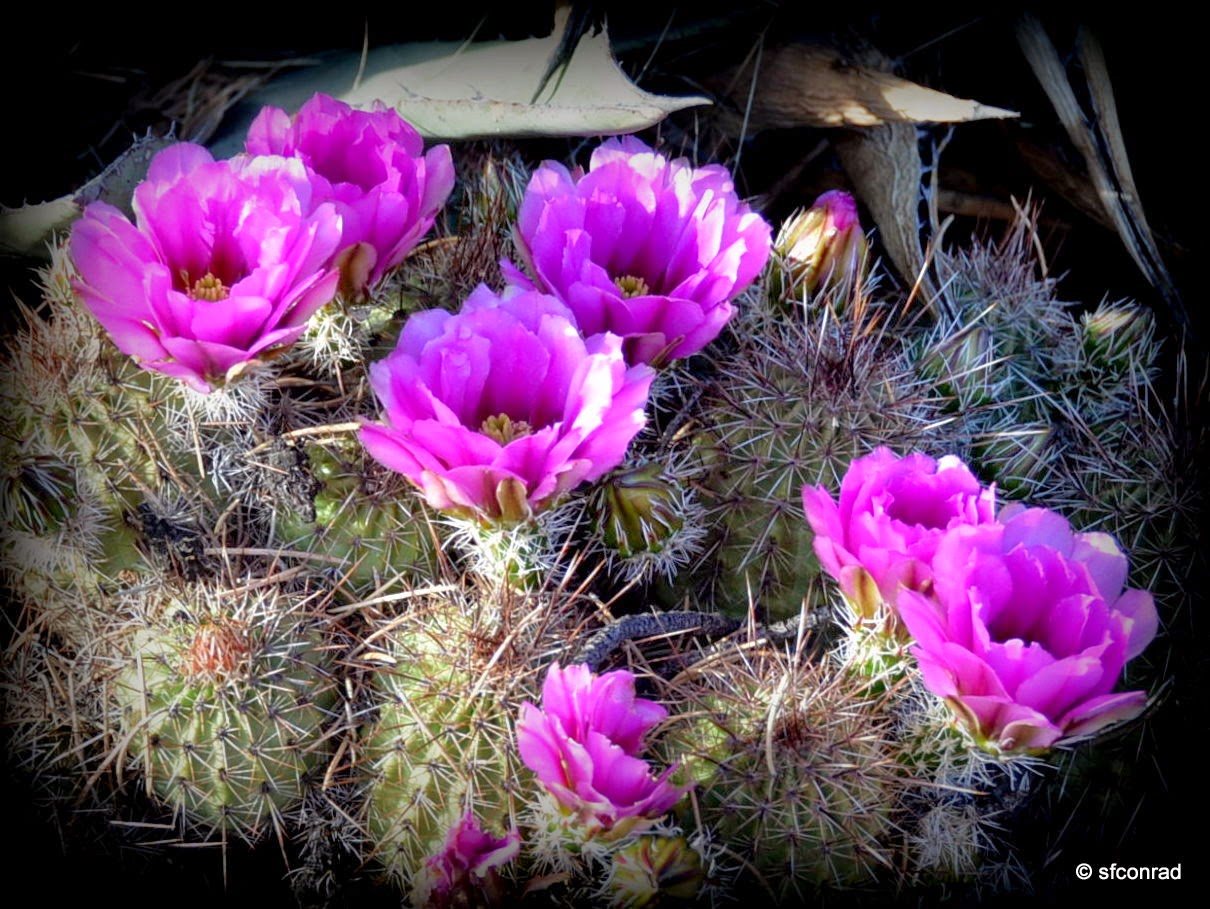 I looked across the entrance road to the campground and saw more color... more hedgehogs!! 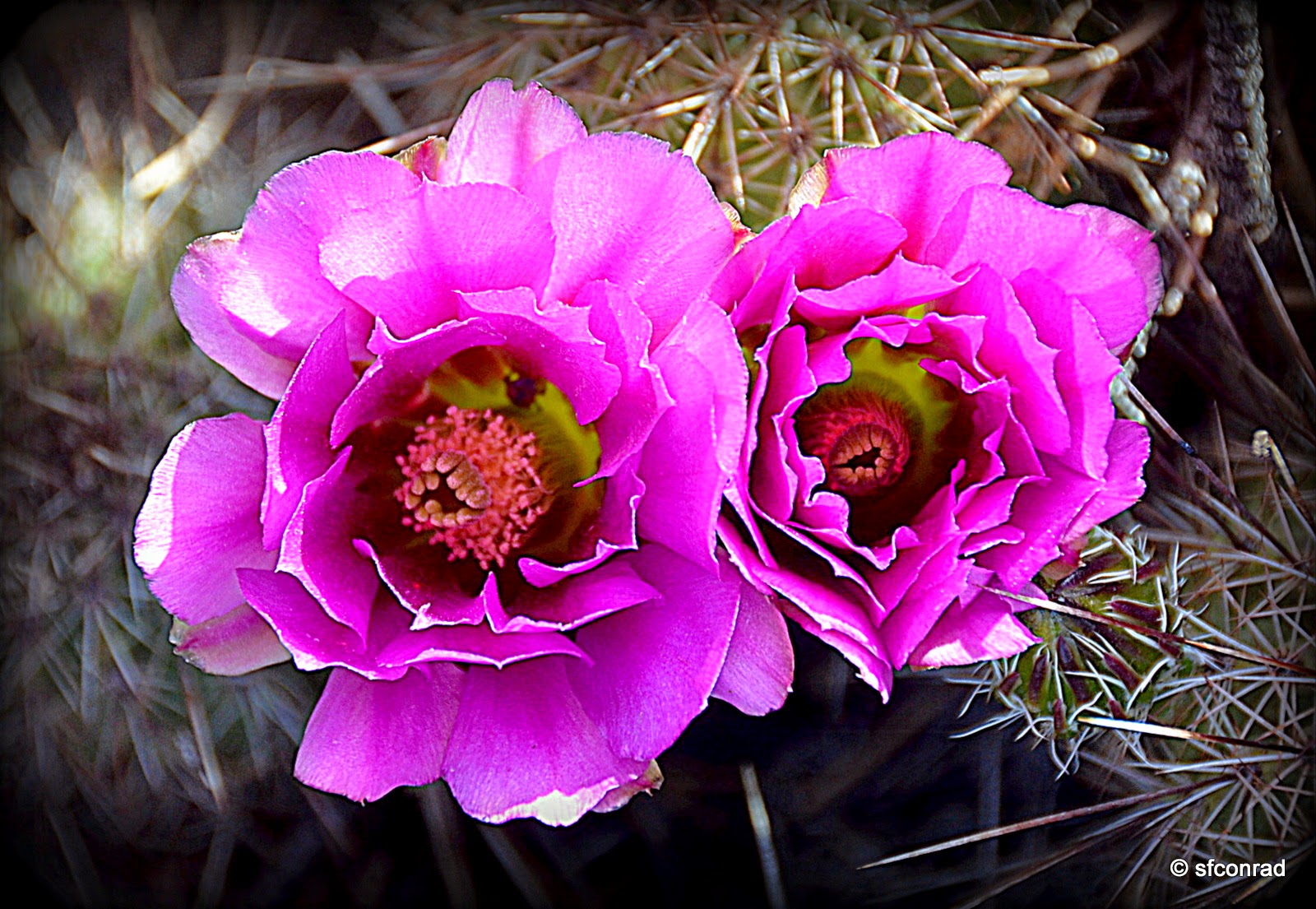 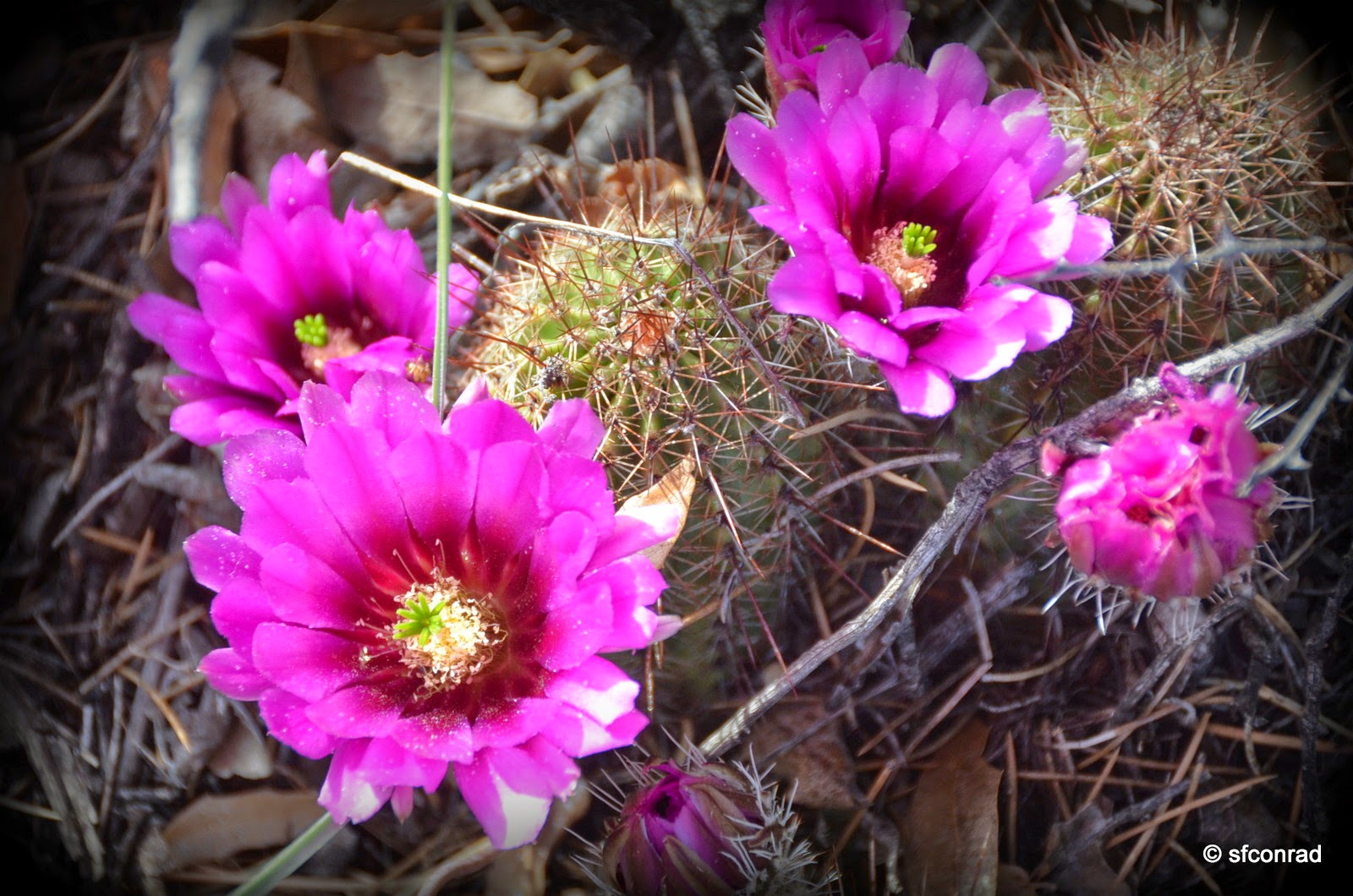 Do you see a symbol in the photo below? 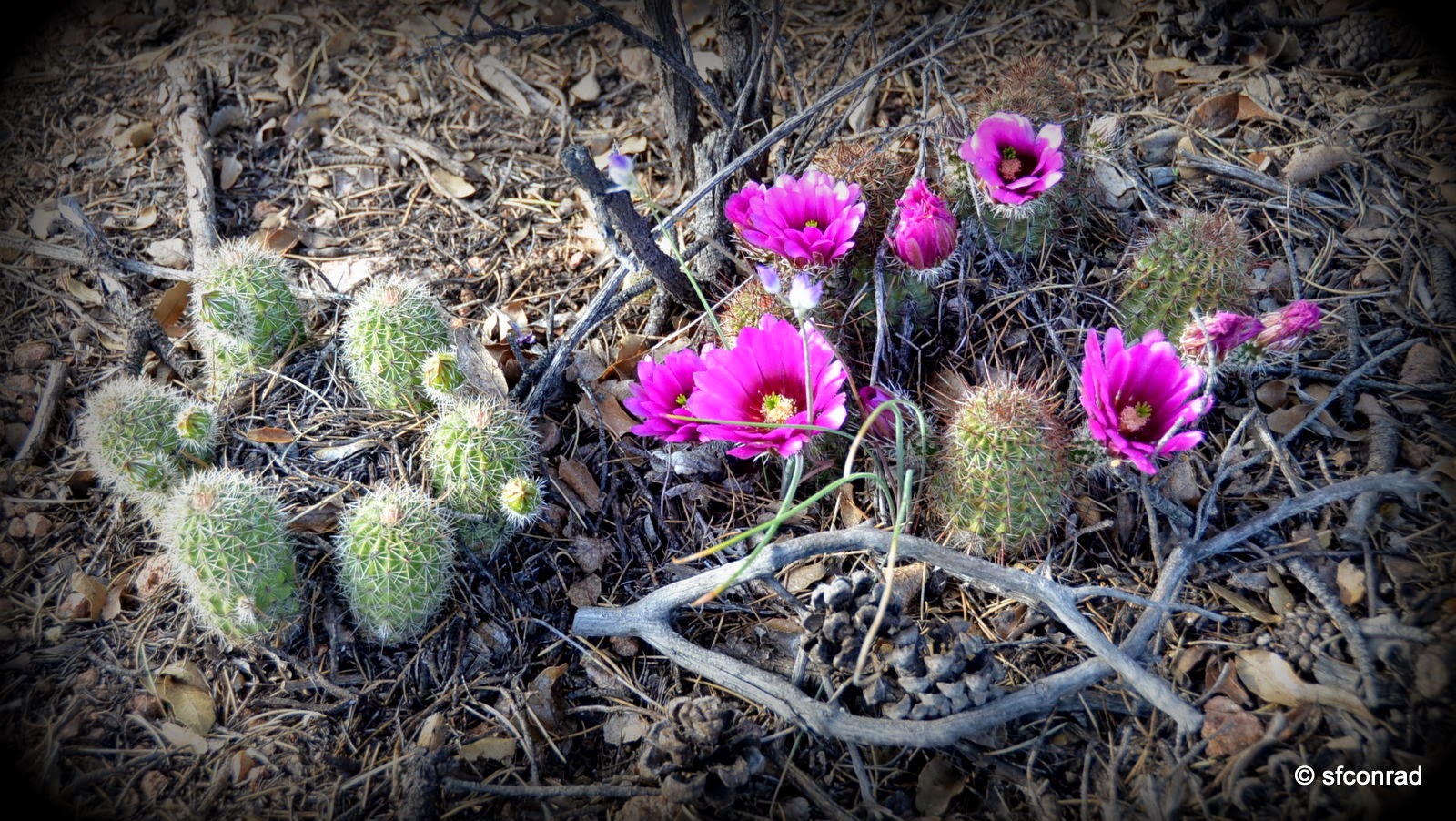 "Ichthus" or "ichthys", from the Greek word ikhthys ("fish"), is a symbol consisting of two intersecting arcs, the ends of the right side extending beyond the meeting point so as to resemble the profile of a fish. It was used by early Christians as a secret Christian symbol and know colloquially as the "sign of the fish" or the "Jesus fish".

According to the website "signofthefish.net", "Greeks, Romans, and many other pagans used the fish symbol before Christians. Hence the fish, unlike, say the cross, attracted little suspicion, making it a perfect secret symbol for persecuted believers. Christianity had been declared illegal and public gatherings of Christians were not allowed. When threatened and persecuted by Romans in the first centuries after Christ, Christians used the fish symbol to mark meeting places and tombs, or to distinguish friends from foes.

According to one ancient story, when a Christian met a stranger in the road, the Christian sometimes drew one arc of the simple fish outline in the dirt. If the stranger drew the other arc, both believers knew they were in good company. Current bumper-sticker and business-card uses of the fish hearken back to this practice."