For almost two weeks the PUPS and I have been with some wonderful Escapees in Quartzsite, Arizona. This past Sunday a group of us went to Blythe, California and kayaked on the Colorado River... 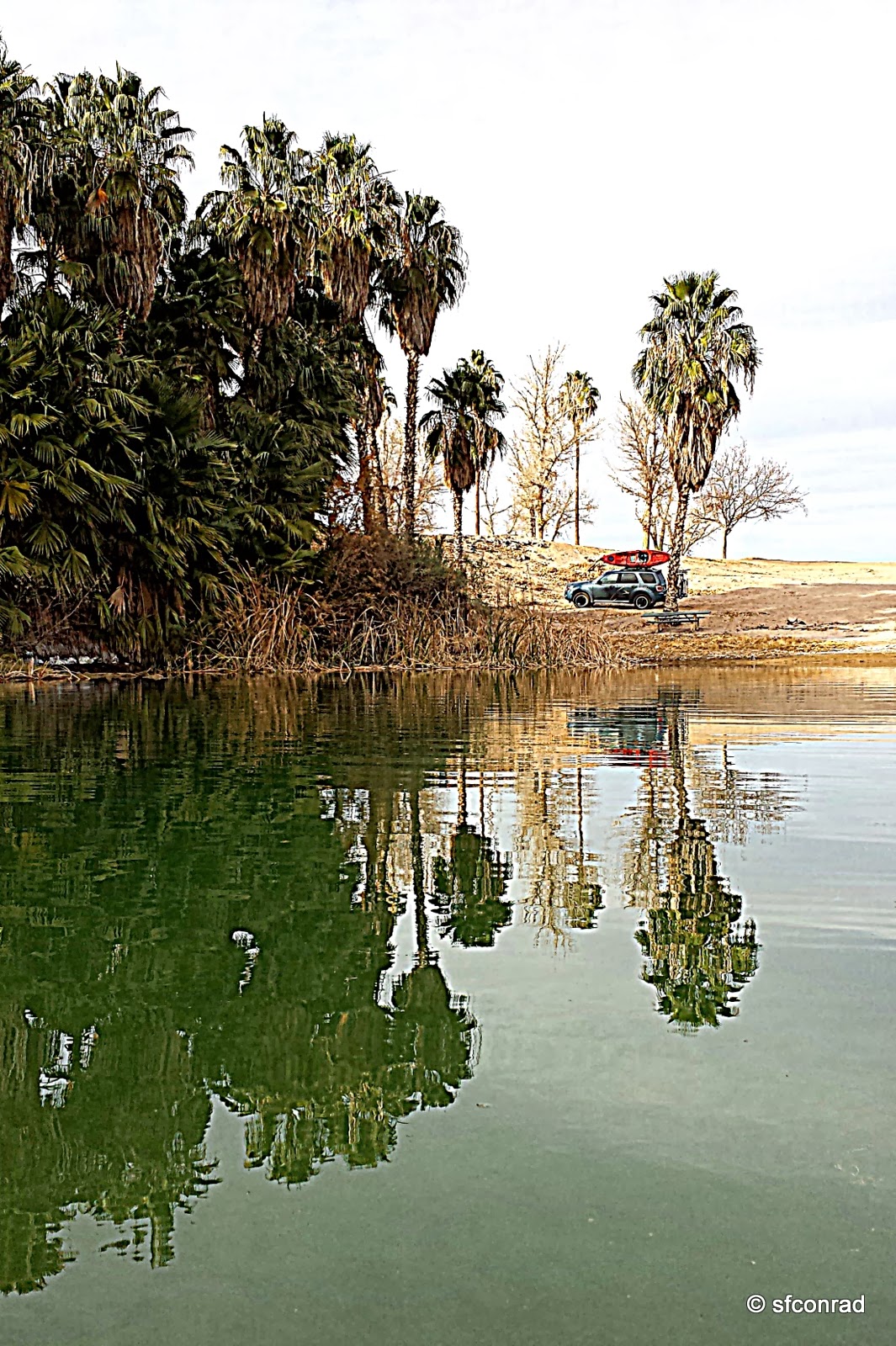 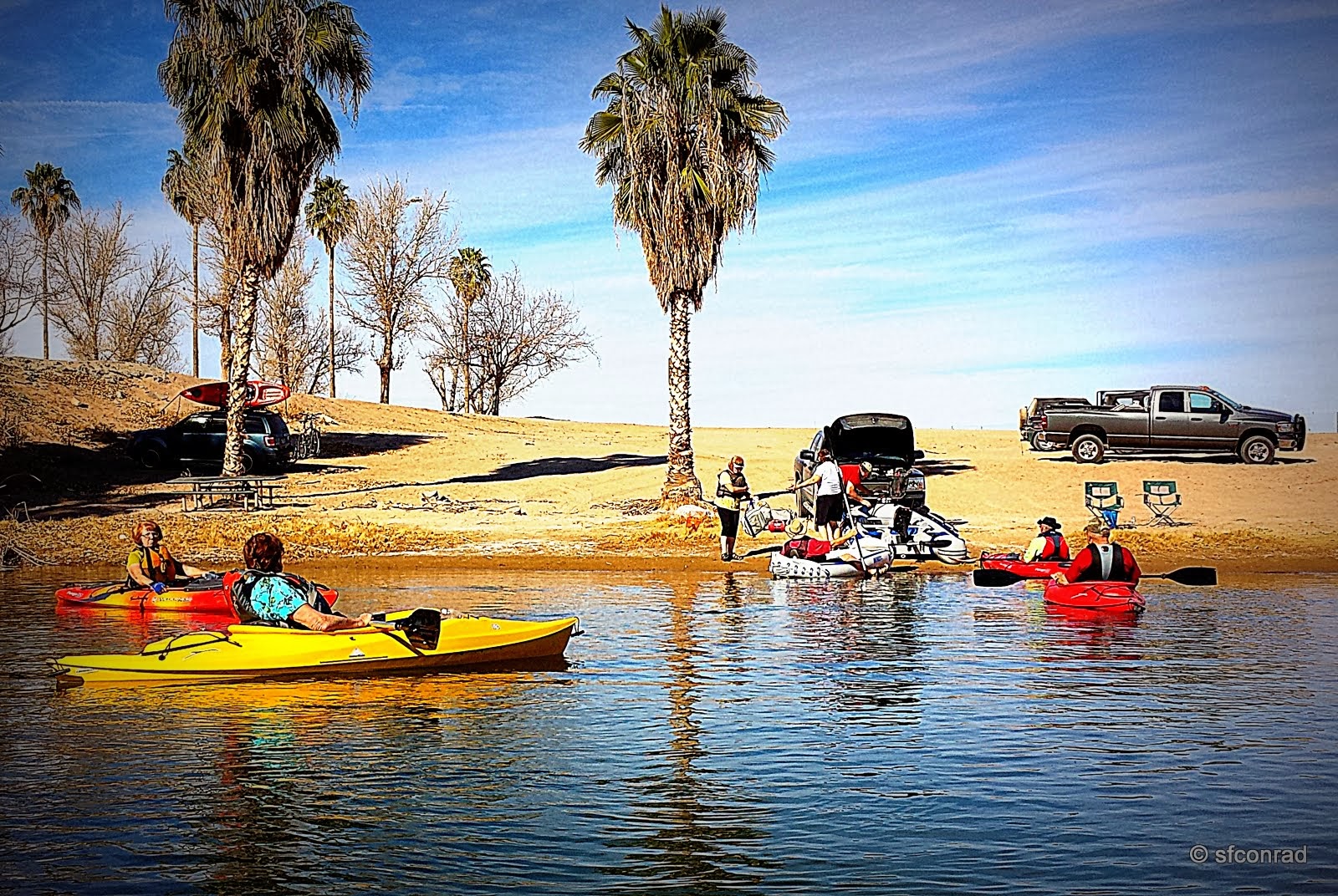 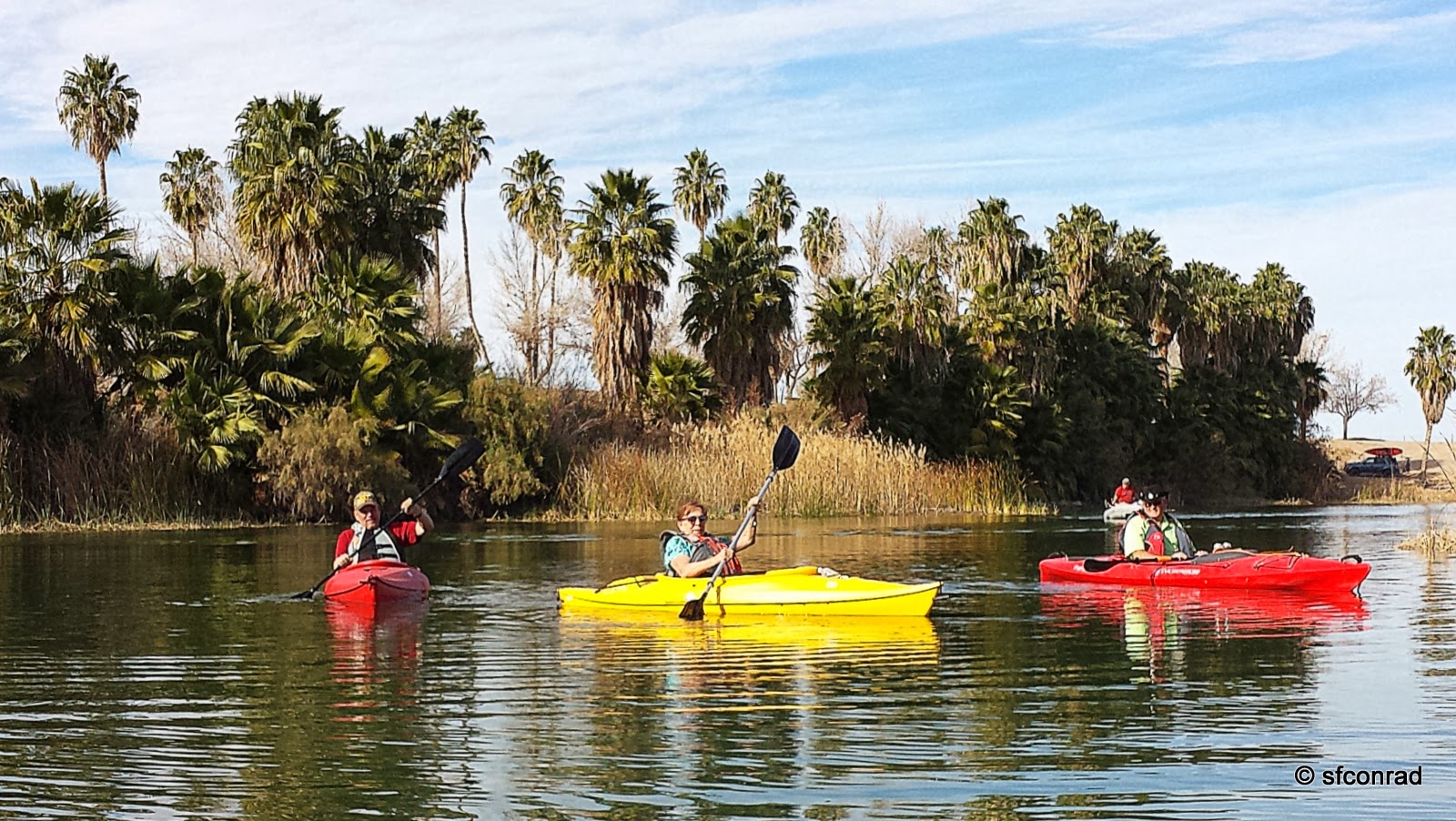 Delcie in the center leads off. Freddy is to the left and Terry is on the right. 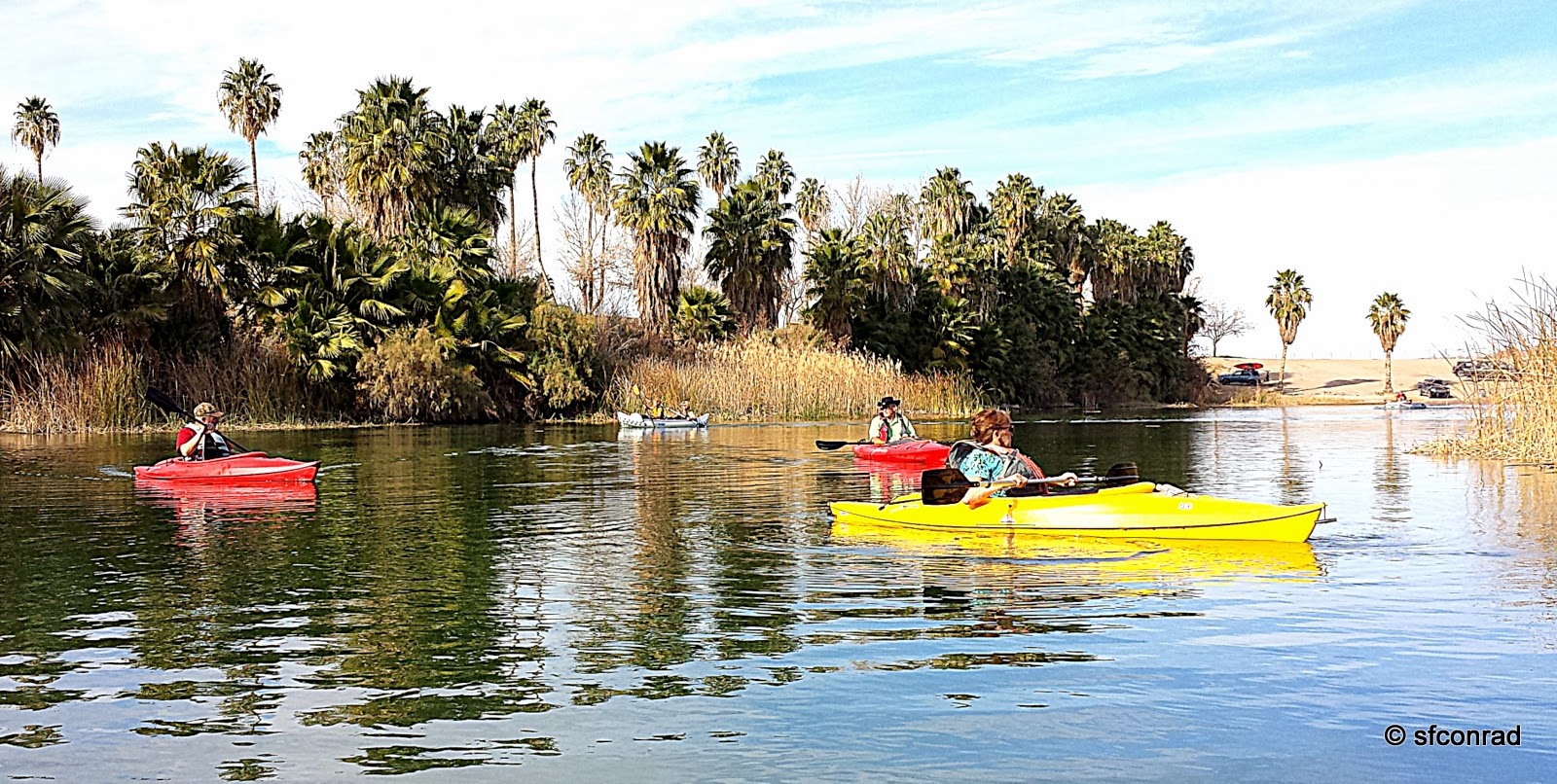 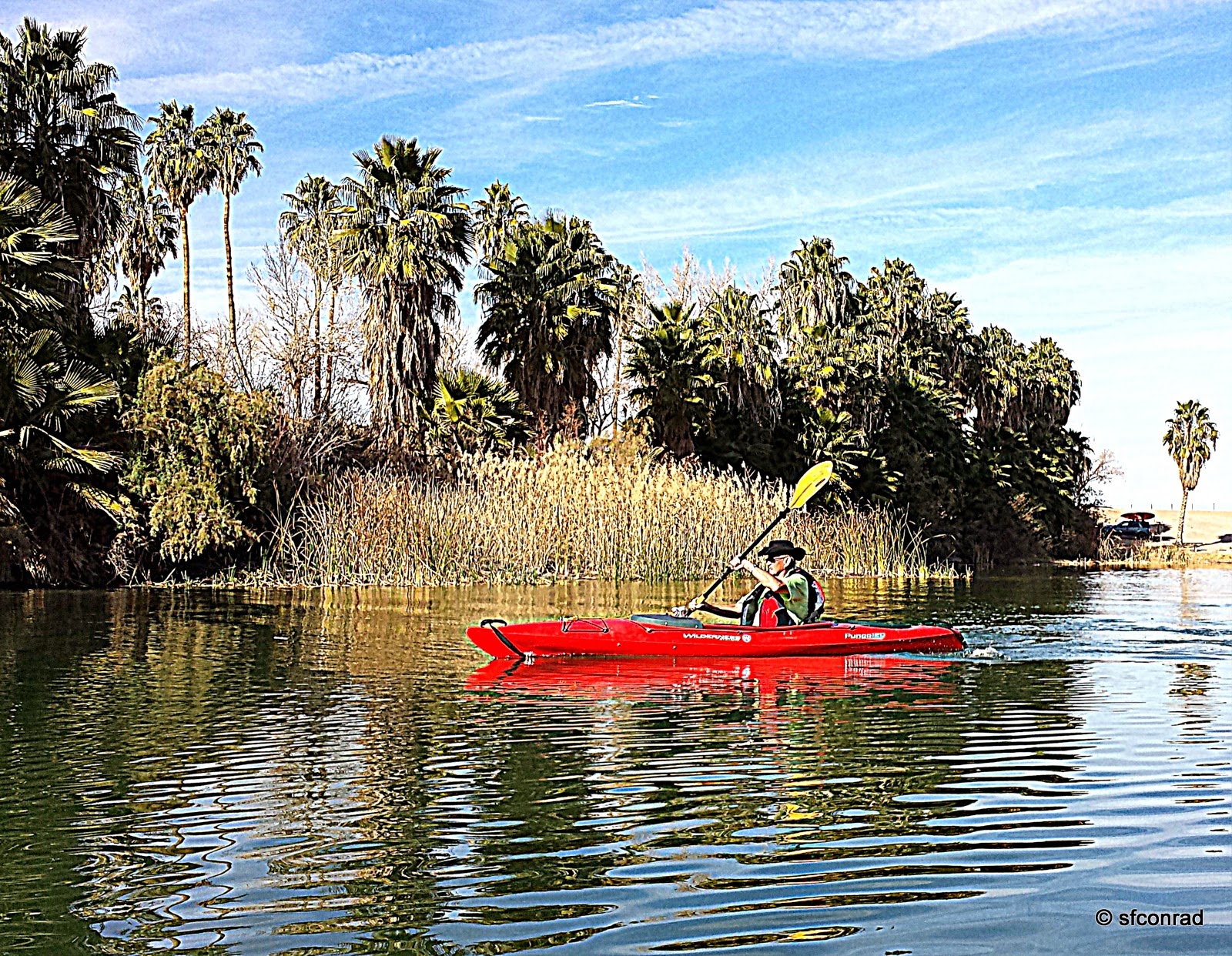 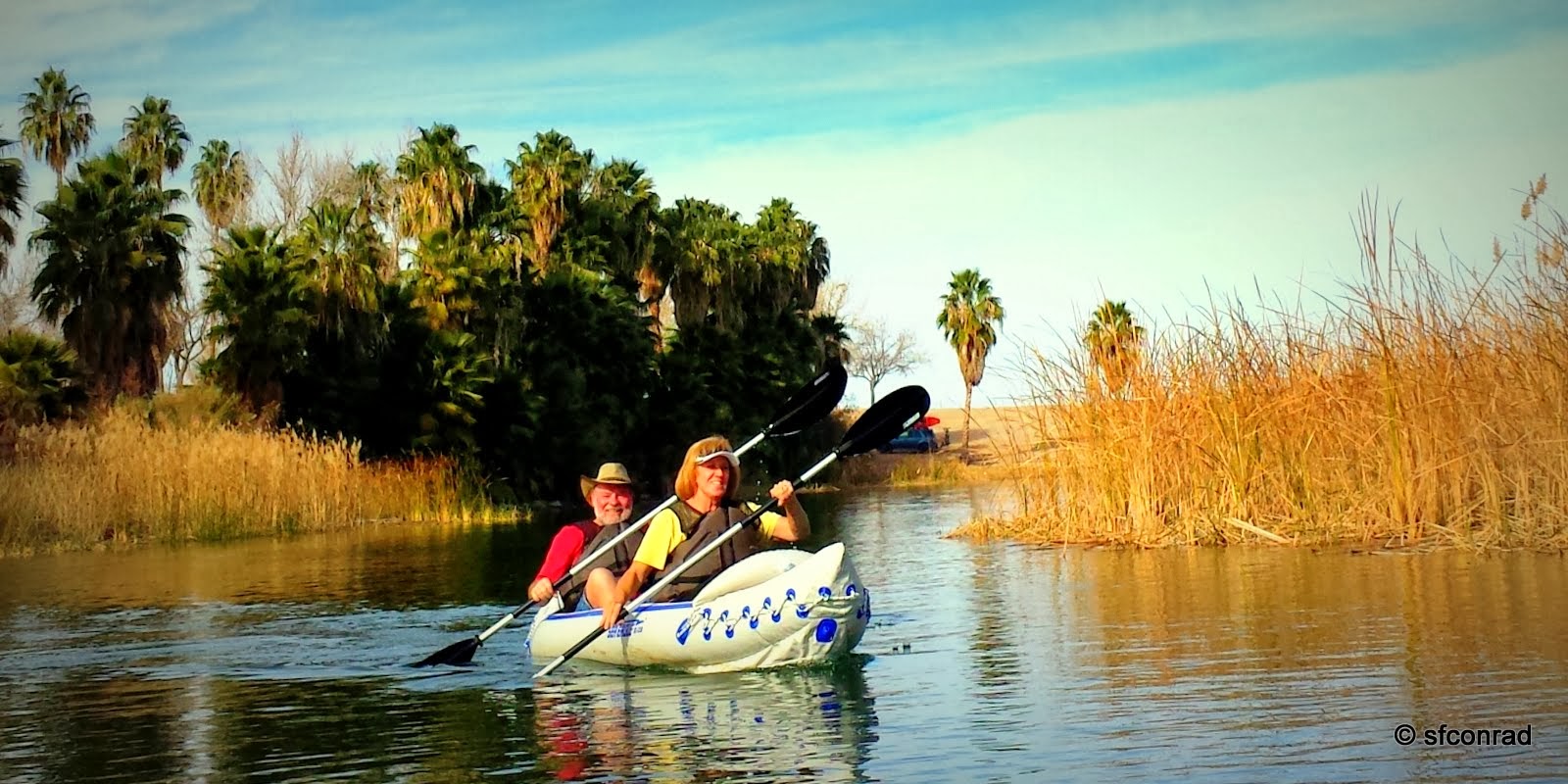 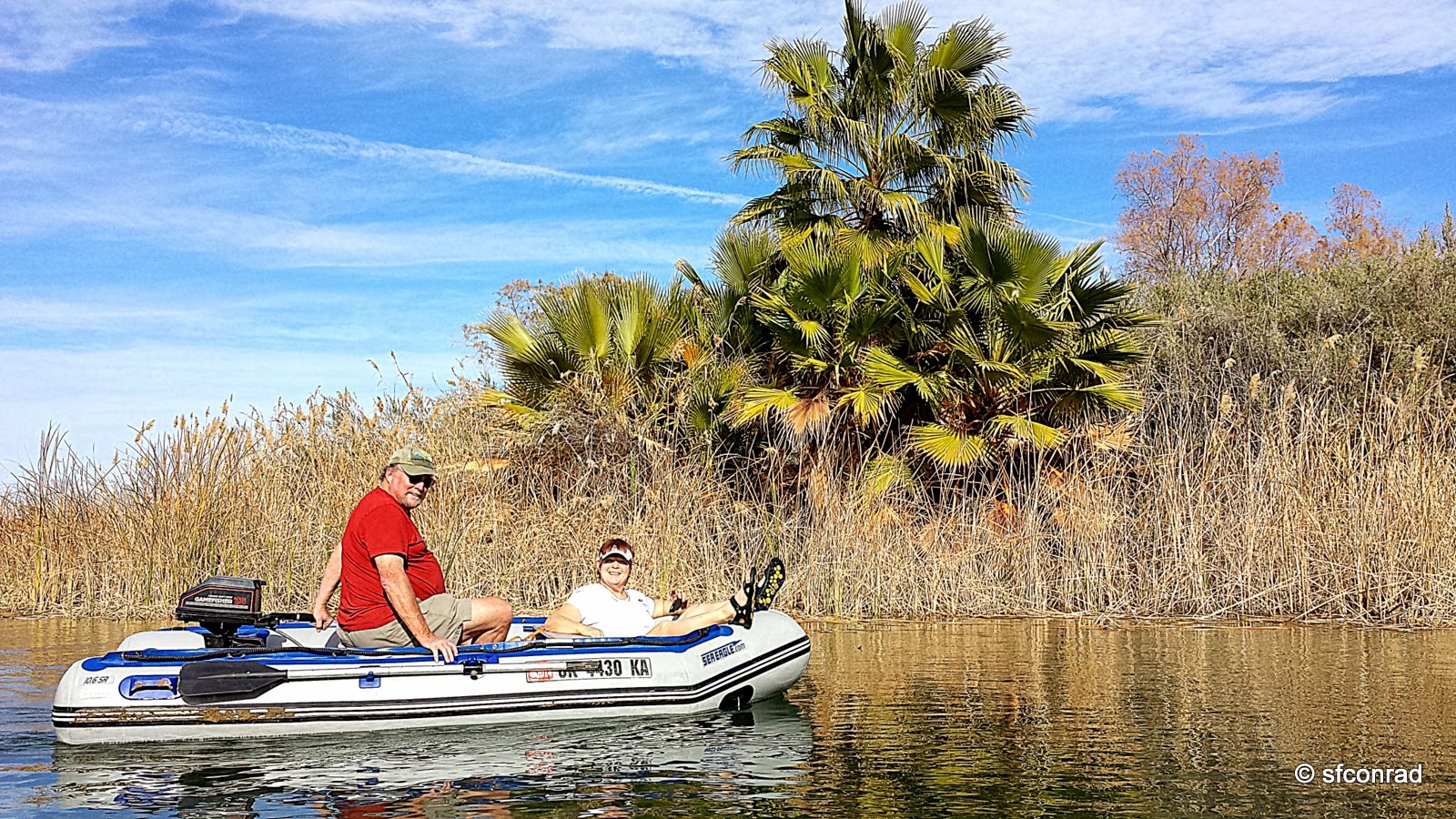 "Big" Steve & Carol Ann on their way to rescue Freddy who got caught in a whirlpool!! 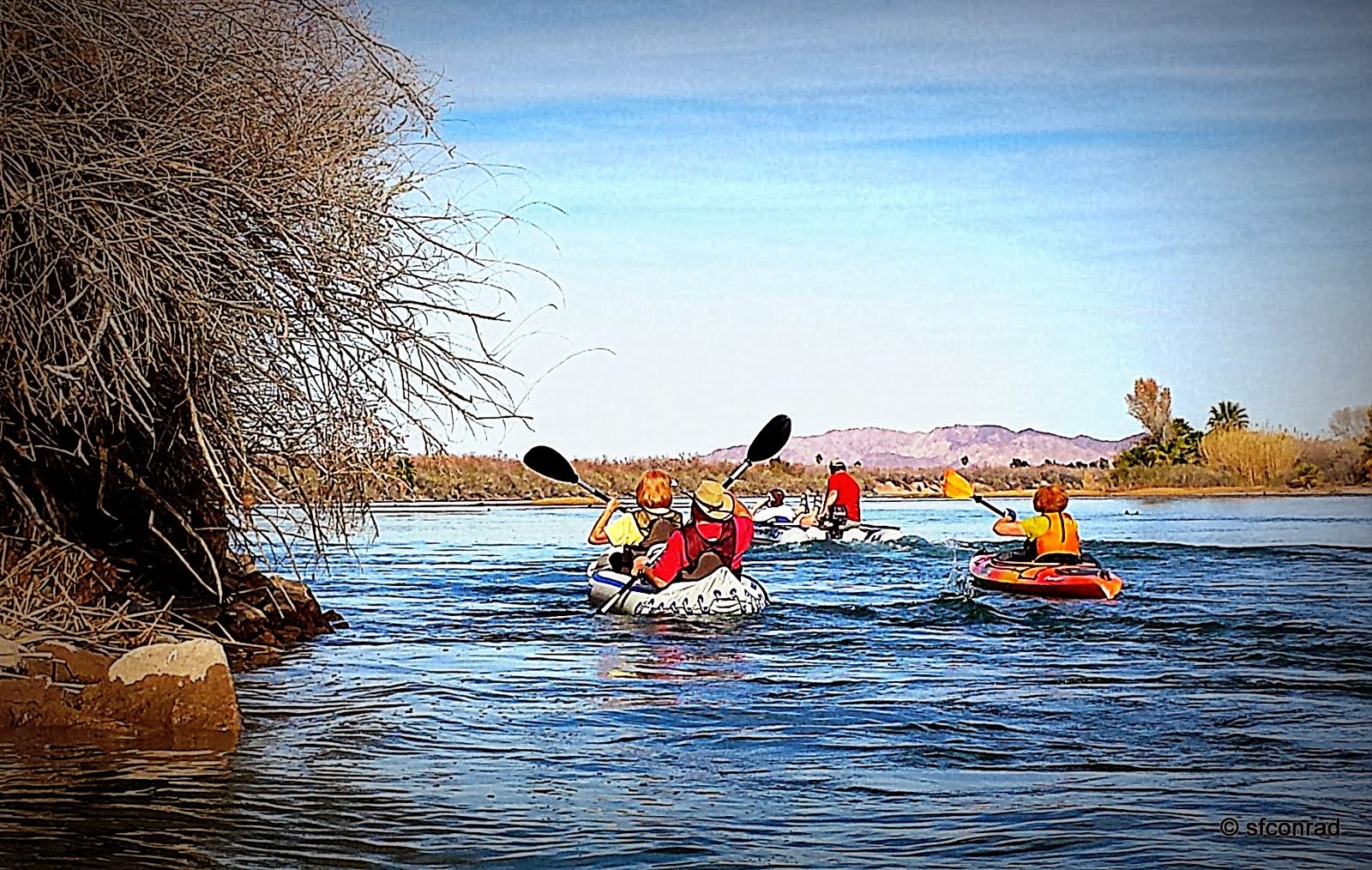 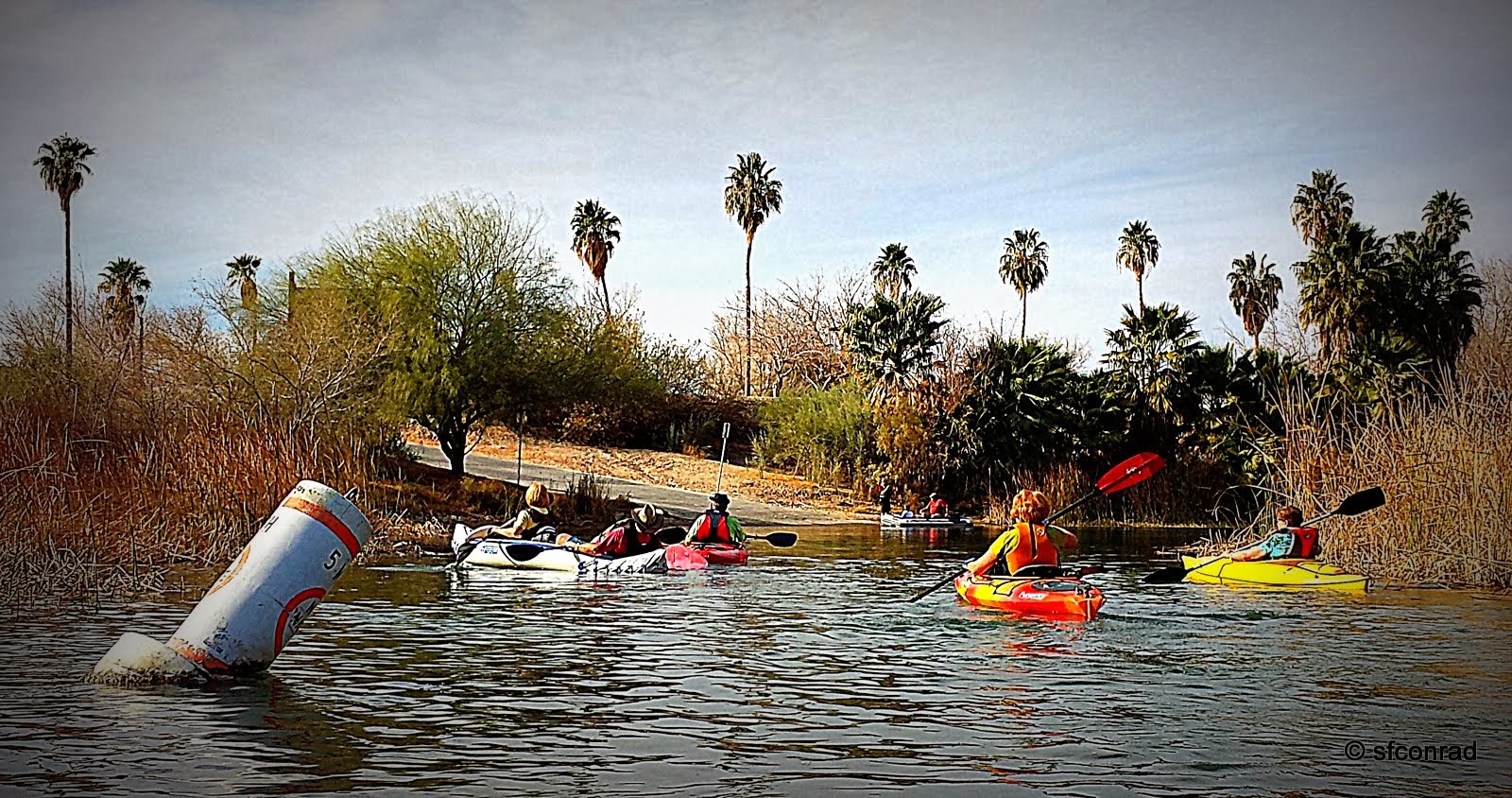 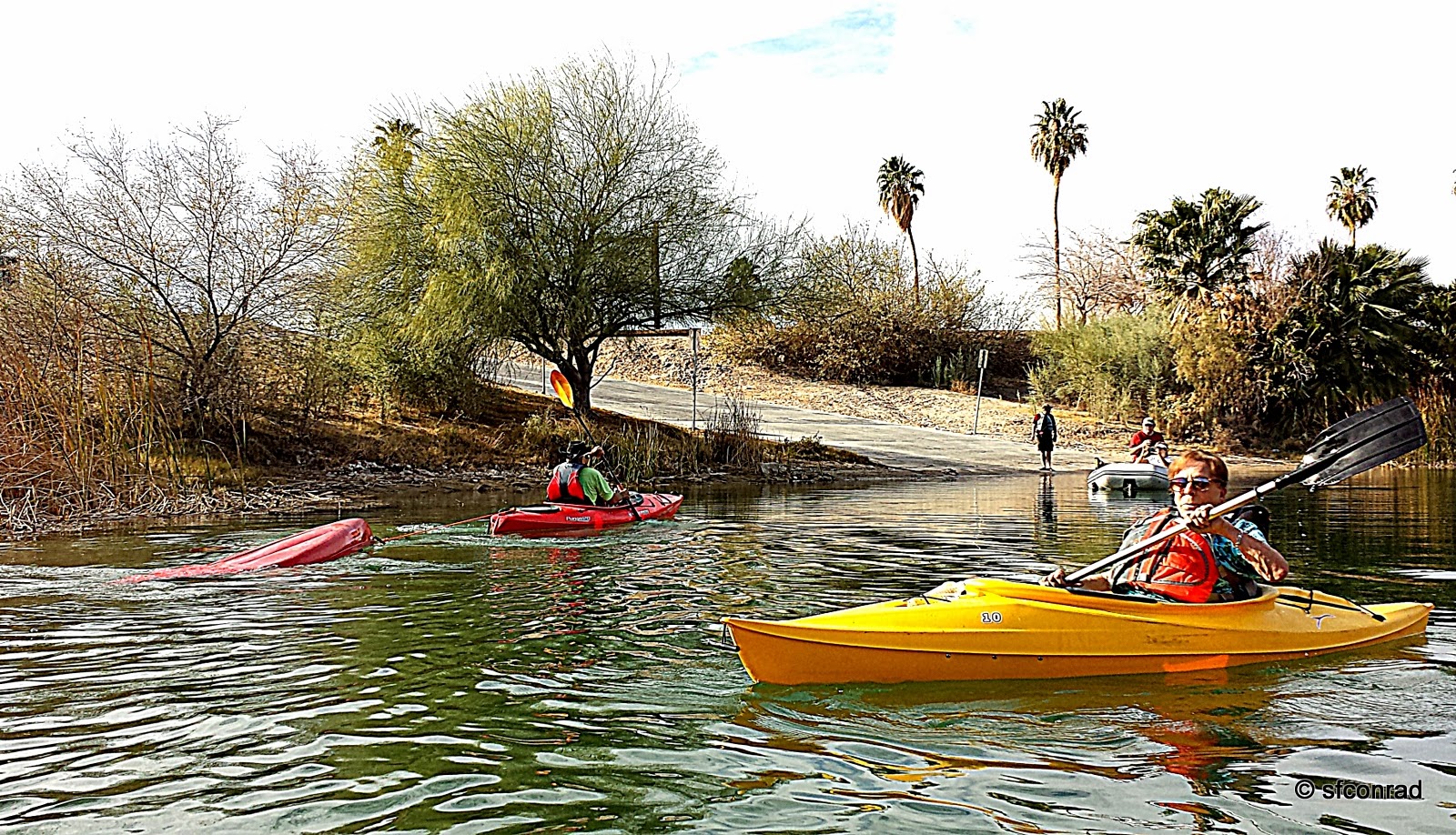 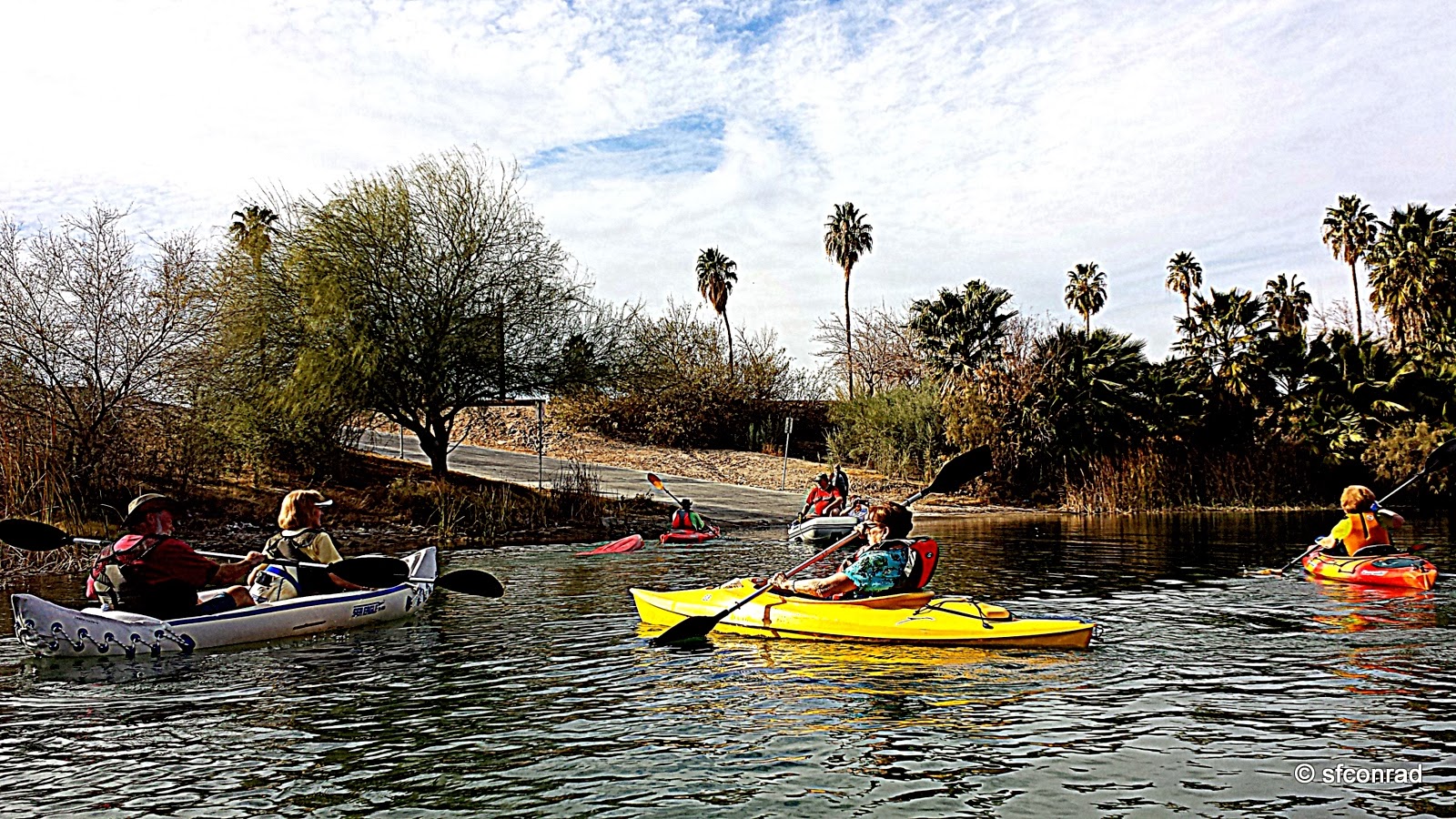 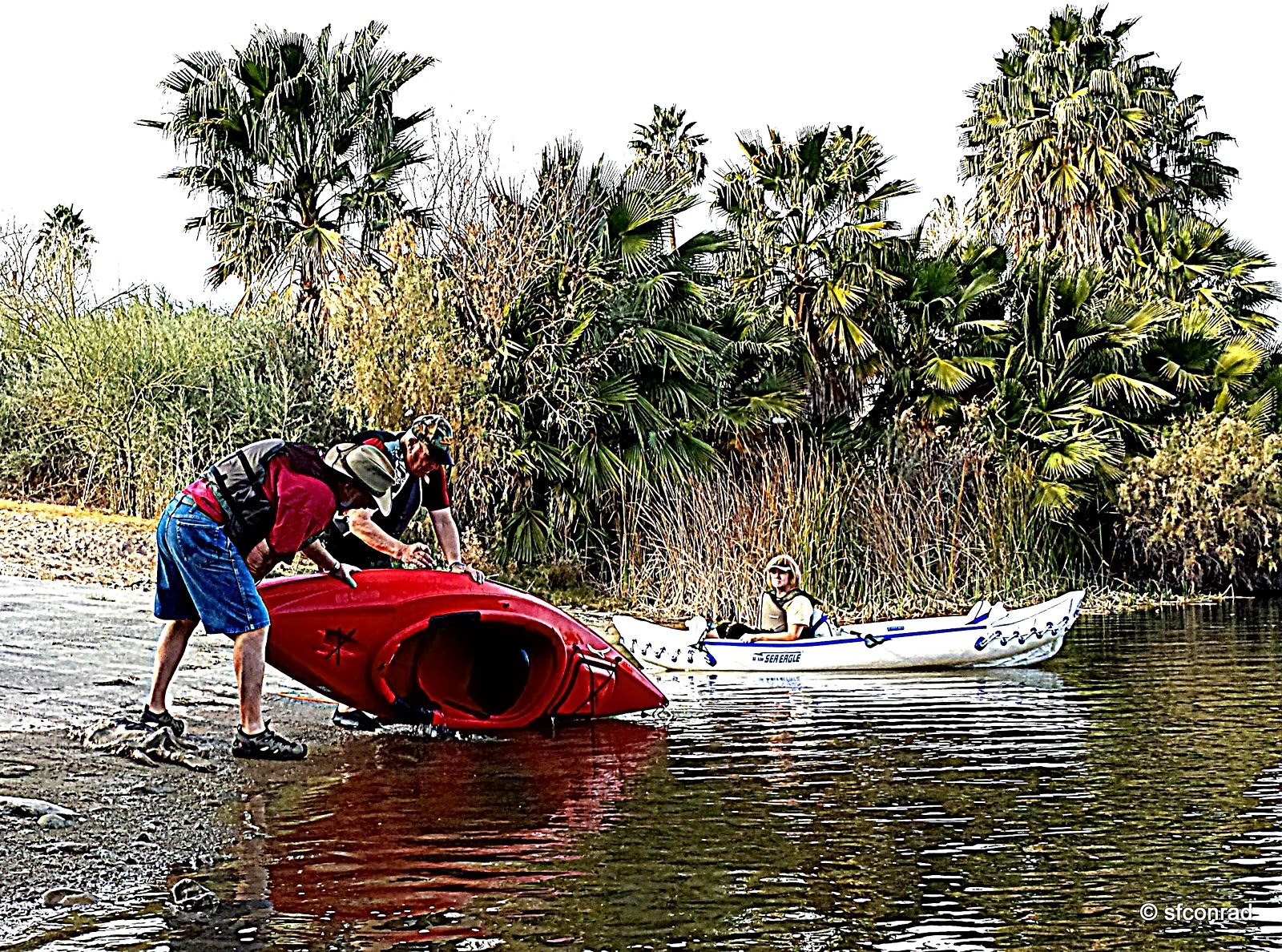 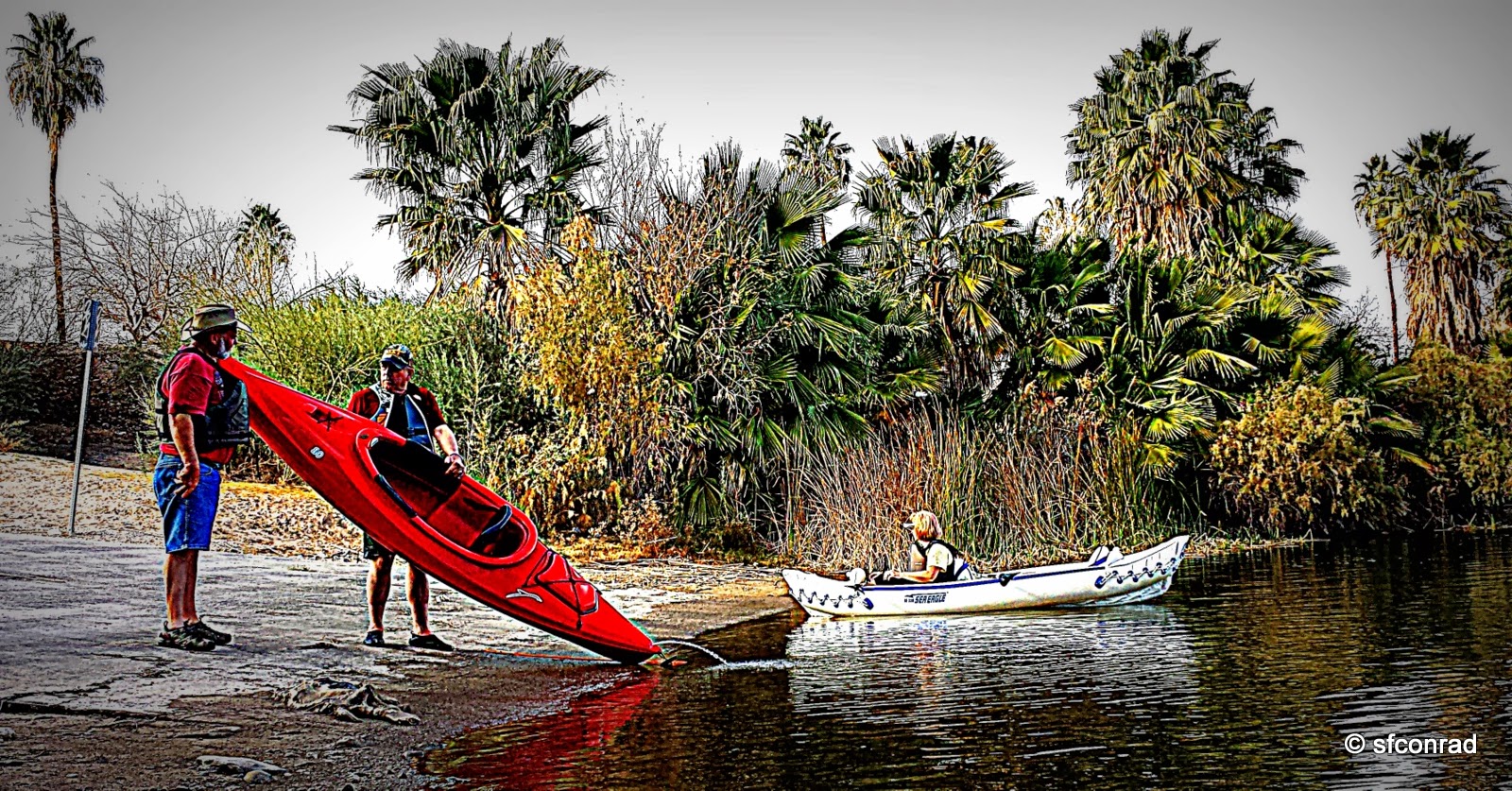 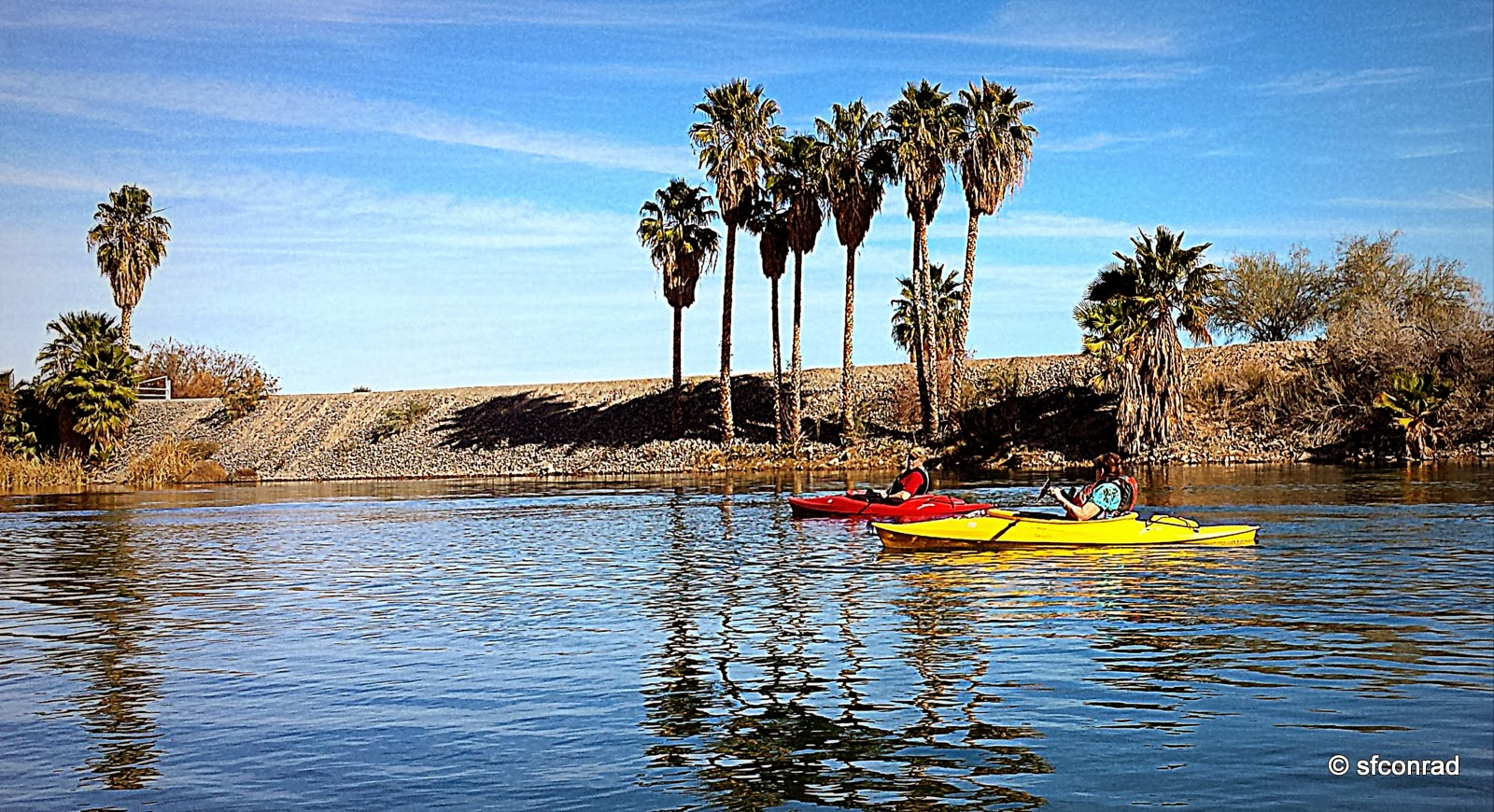 Freddy & Delcie are back paddling away!! 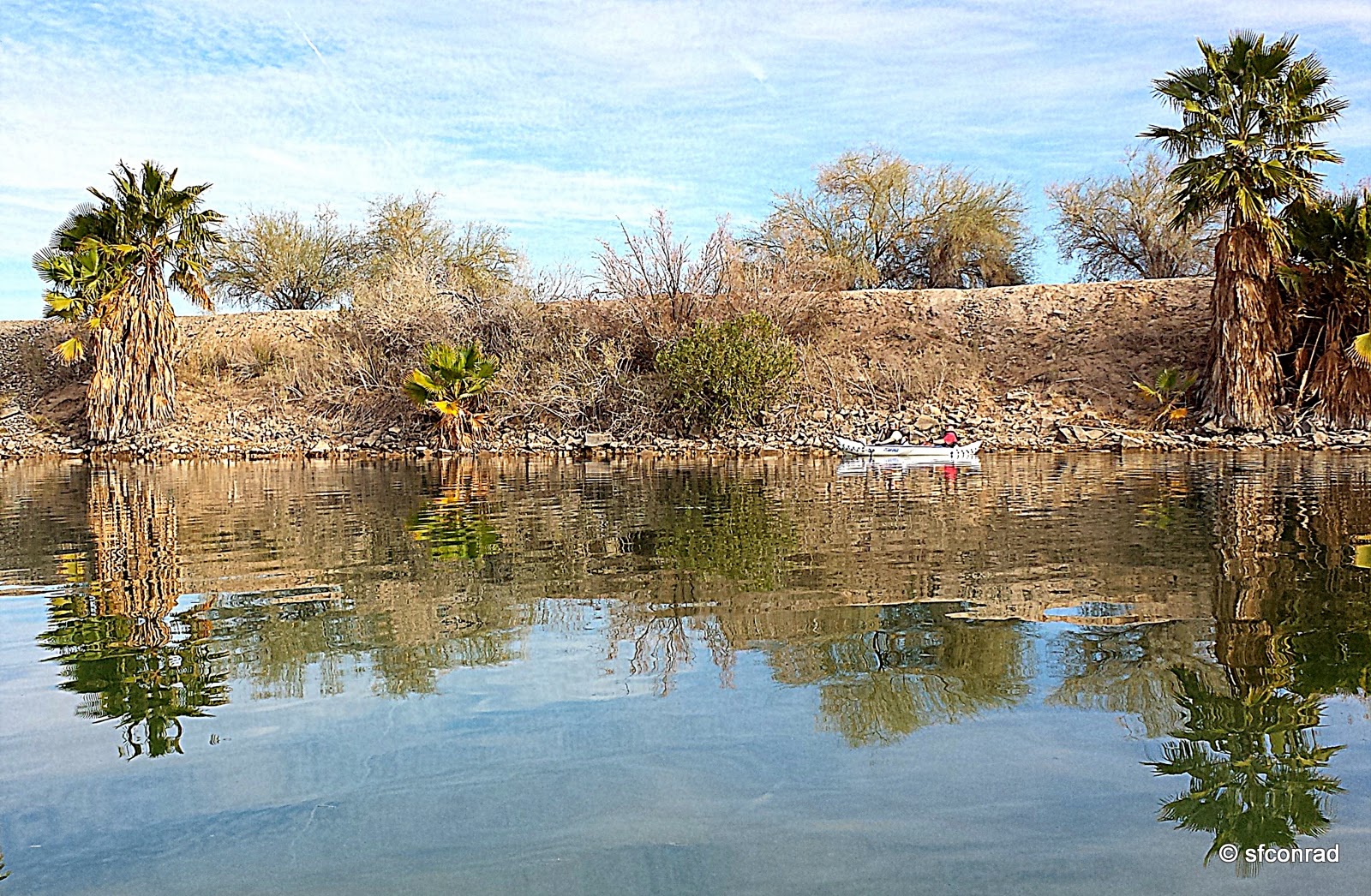 Janice & Jerry paddle up the side of the lagoon. 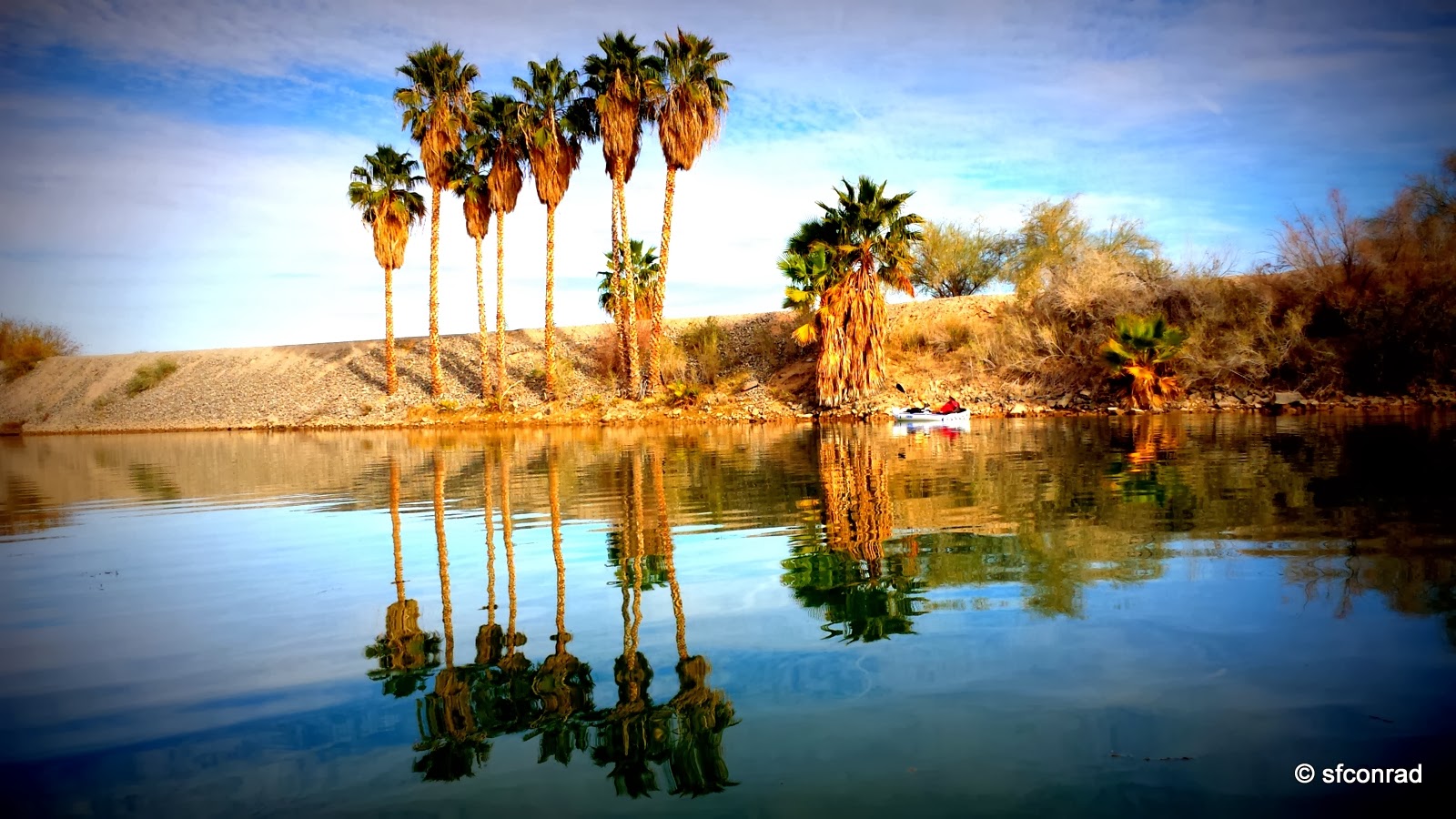 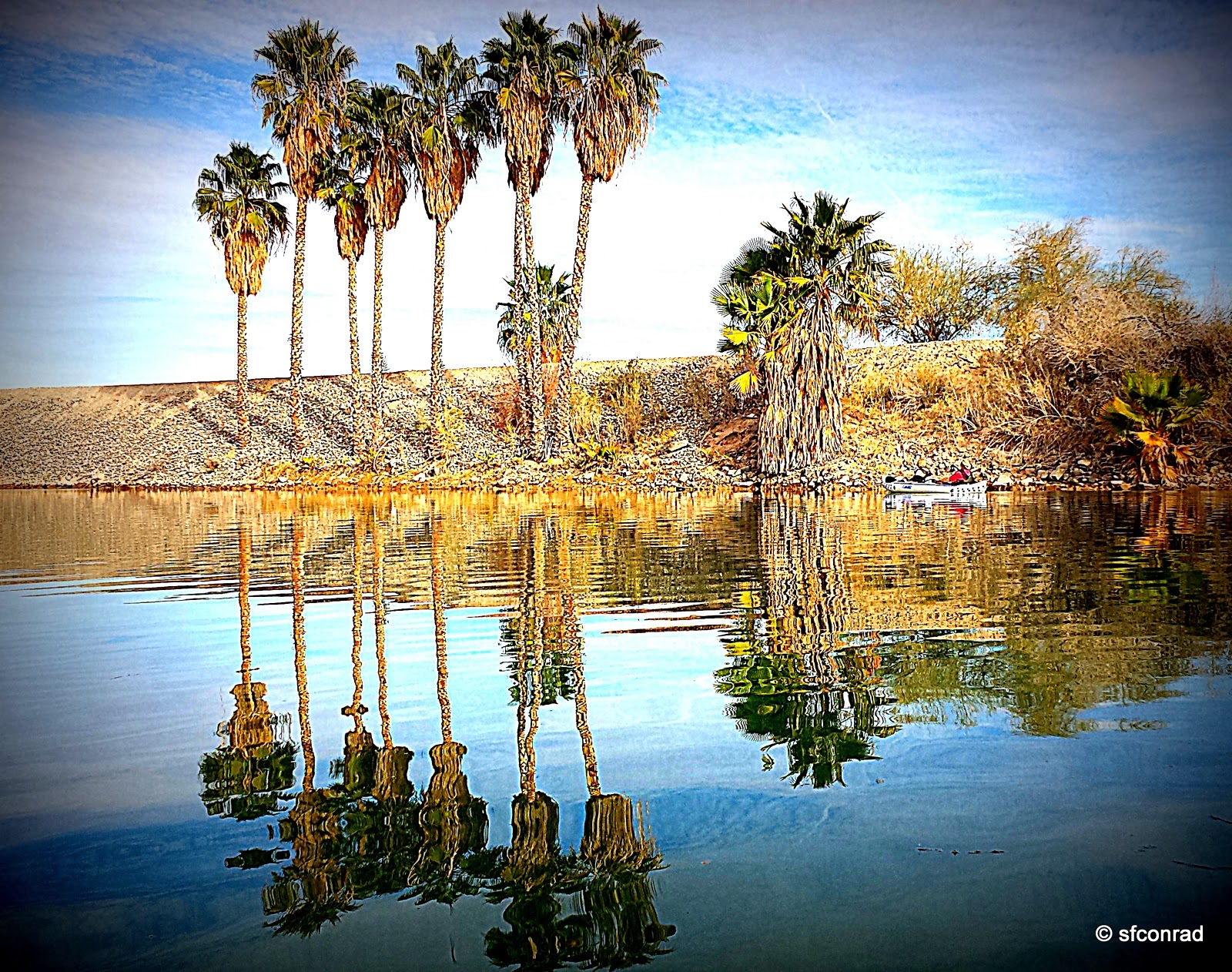 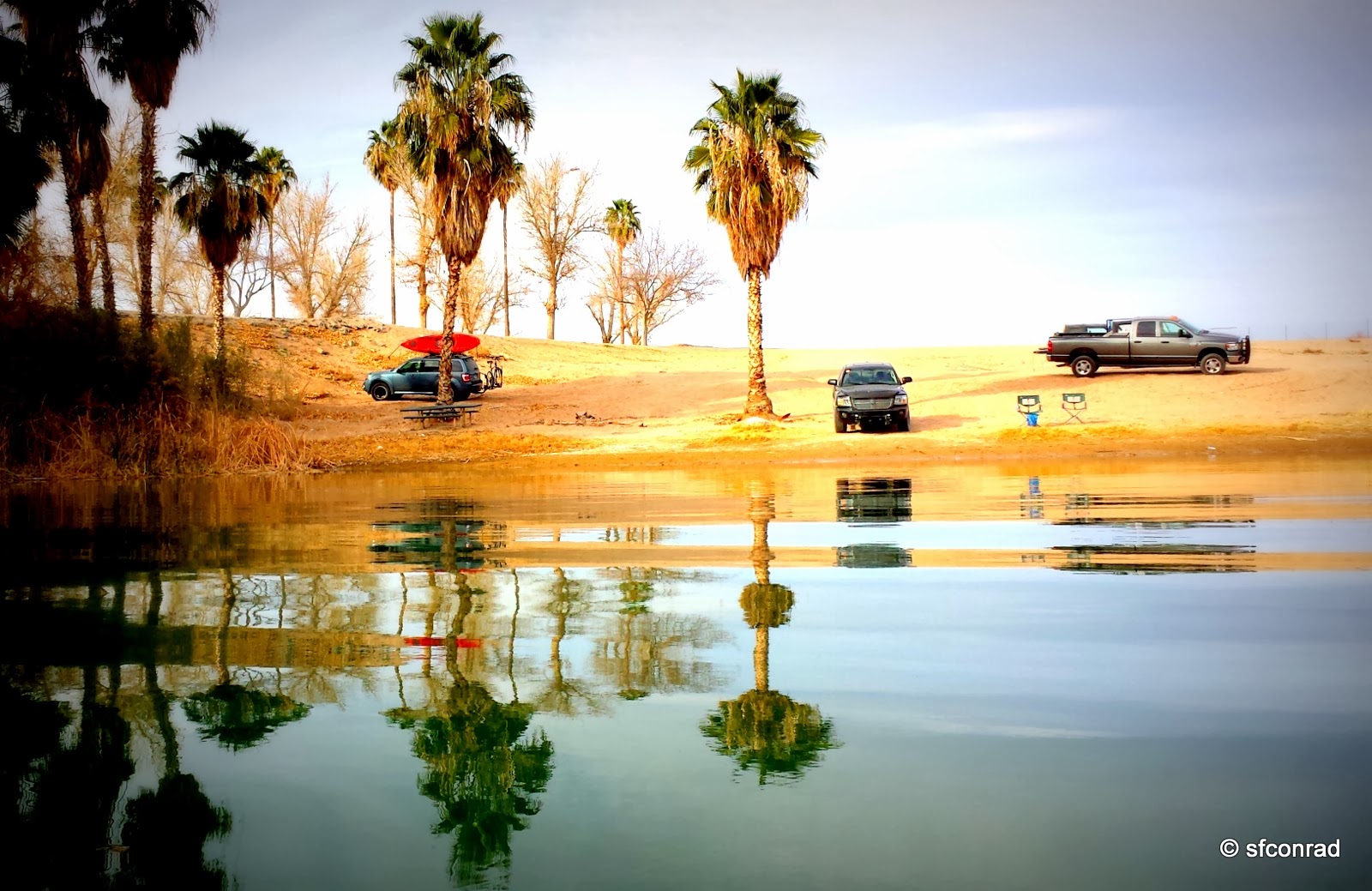 Looking back to where we started...